Home Travel A One-Night Staycation At The Renaissance San Diego

A One-Night Staycation At The Renaissance San Diego

After two buyers backed out and therefore unknowingly subjected themselves to an eternal curse from yours truly, someone finally bought our home. We made a nice profit and are in the process of buying a place in the boonies outside of Columbus, Ohio, though we may need the help of a personal loan, small mortgage, or if President Obama goes full Barack before January 20, a reparations check. (I mean…did you really think the labor that enabled the U.S. to become an industrial powerhouse was eternally free?)

But until we find a house, we’re living with Amber’s parents. The kids take the second bedroom and Amber and I sleep out back in the granny shack. The in-laws are gracious and want us around, but I know what our kids brings to their household: toddler fights, severe lack of vocal management, terrible toilet aim, and 3 a.m. screams for mama or dada (depending on which parent is in style at the time).

Thanks to Hotwire.com we were able to give Grandma and Grandpa a 30 hour break. We caught a $59 deal for a stay at the four-star Renaissance San Diego, which used to be The W until the cool kids decided they no longer want to walk to the bail bondsman’s end of downtown for $12 drinks at a beach bar.

We tried to check into our room around 3 p.m., but it was New Year’s Day, which meant hungover guests requesting late checkout. Rooms weren’t ready and we were added to a waiting list. This was disappointing to the kids but seemingly more bothersome to the angry, well-dressed young people who were also asked to wait. Like our boys, they don’t take well to being told no.

But I played it cool. The delay wasn’t the clerk’s fault, but she did have the ability to make things a little better, or, as the young mob would probably say, “Make us whole again!” So I asked for compensation for the trouble, and she gave us a $50 food credit.

We got into our room less than an hour later. It was a hip and accidentally kid friendly; they had shelving that the boys could hide in and a cot on the window sill that was great for jumping onto the bed spider monkey style.

After some roughhousing in the room and a visit from Amber’s friend, we ordered room service, which I almost never do because it’s a rip-off and I don’t want some dude who reminds me of Jeffrey from The Fresh Prince of Bel-Air coming to my room. A plate of chicken tenders with fries and a skinny ass pizza took up $46 of $50 credit. Good thing it was house money.

Our staycation continued at Target, where we grabbed healthy snacks and managed to avoid the toy aisle. Afterwards, we bought Thai food from a carryout. I had never tried the place, but according to the Yelp it was good, and like Netflix, the ratings on Yelp are almost always right. Plus the cashier and I had difficulty understanding each other so I knew the food was authentic.

We got back to our room and threw down, using a bath towel on the floor as a “table” for the kids. Then we started the two-hour bedtime process, which typically begins with laughs and books and ends with empty threats: “LAY DOWN, close your eyes, or I’m taking all your toys back to the store.” This night was no different, though I felt better about disturbing the sleep of random hotel guests as opposed to the grandfolks. 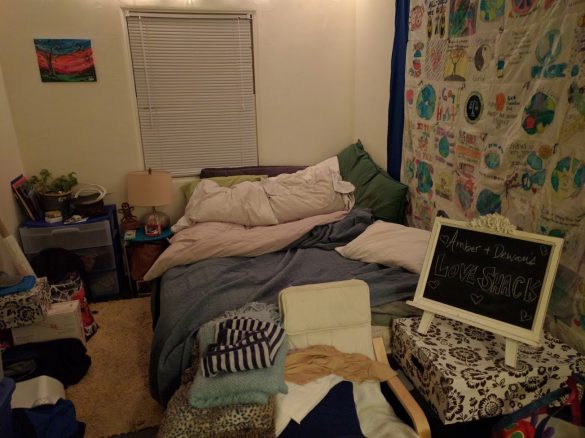 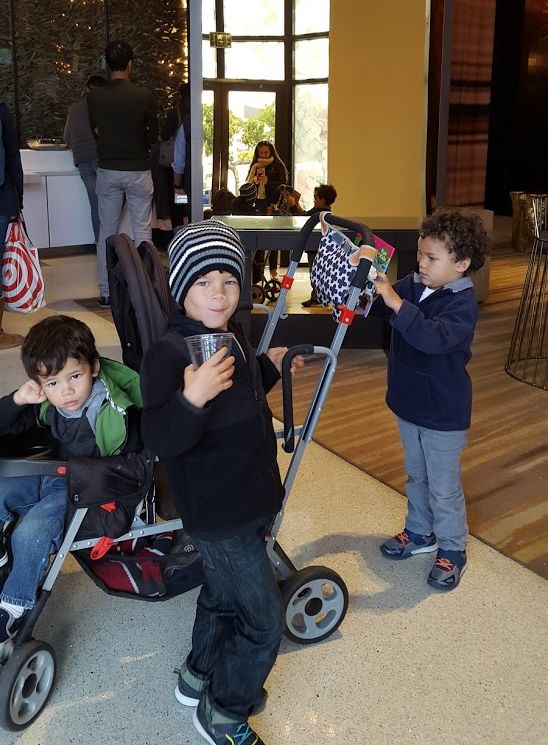 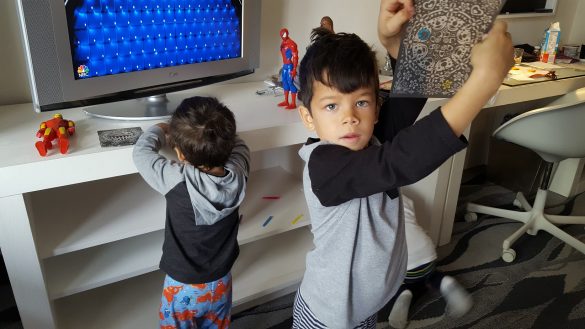 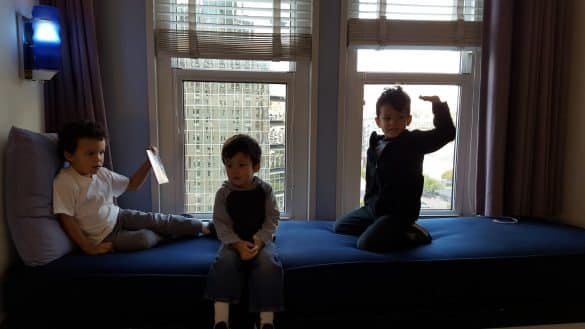 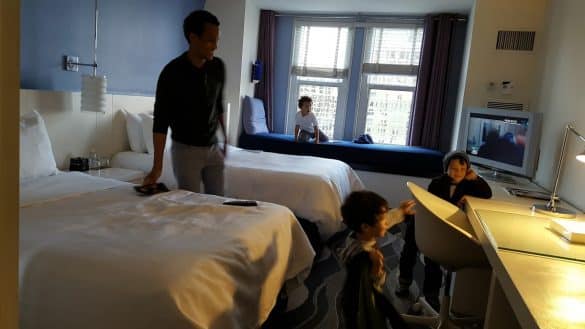 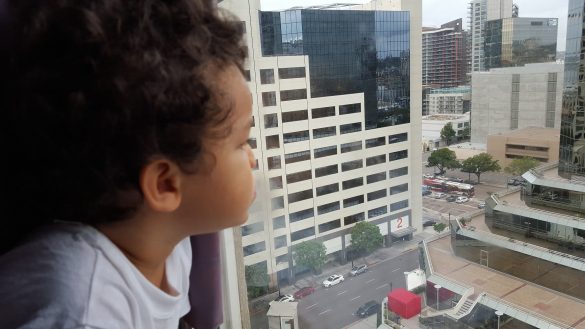 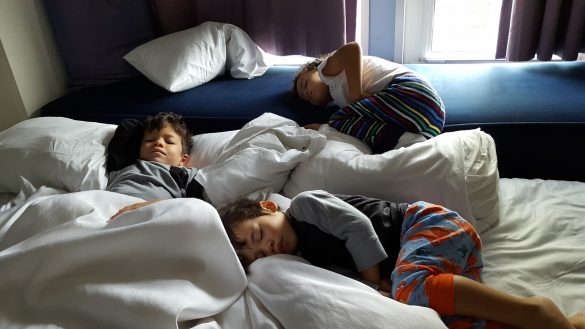 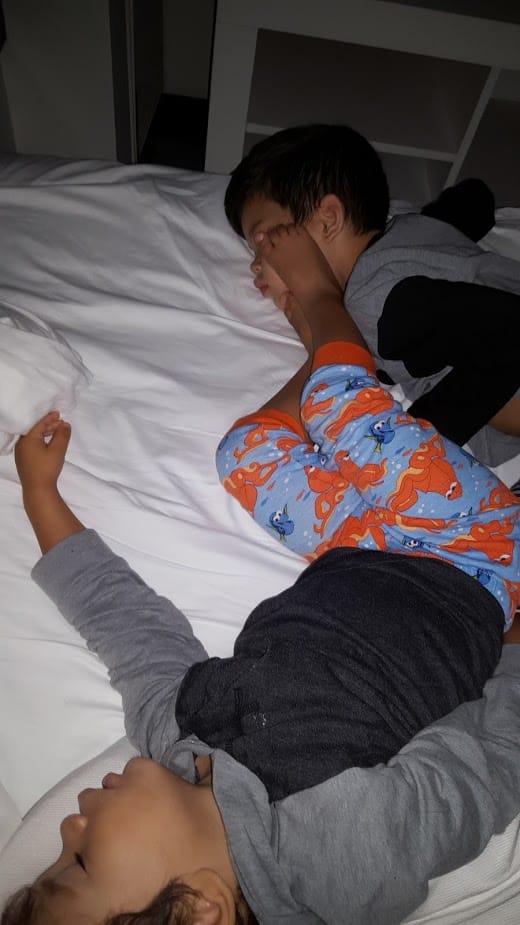 Excellent deal my friend. We did something similar just a short drive north near Anaheim at Great Wolf Lodge in Garden Grove. https://youtu.be/bdv5xRqPm7s