What It’s Like To Have A Potential Employer Ghost You…After Three Damn Interviews! 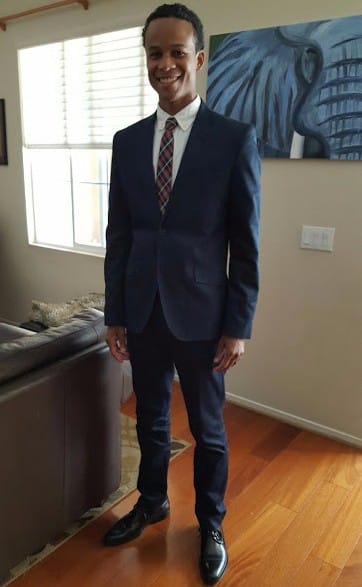 There was a time when I held a 100 percent interview-to-hire ratio. Of course I had only had three jobs—grocery bagger, bookseller, and movie theater popcorn eater/maker—but the wins increased my confidence and birthed a motto: “If I get an interview, I’m in there.”

The good fortune continued after college. I was hired as adjunct faculty at my alma mater and became a department manager at a clinic. Then I got lucky and aced a presentation that led to a consulting gig at another university. My motto was still true: “If I get an interview, I’m in there.”

I would be humbled in time.

The Great Recession hit and employers had the upper hand. There were hundreds of candidates for each job and I was lucky to get a phone interview, which only seemed to happen when I used my middle name, Wayne, on resumes. My first name, Dewan, is extra black. As I’ve said it’s Ebonics for “The One.” Research suggests that resumes with white-sounding names are more likely to get callbacks. Companies often refer to this as “being a good fit.” (By the way, phone interviews are borderline disrespectful. It’s like the company is saying, “Convince me that you’re even fit to see me face-to-face, peasant.”)

Still, I persisted during a rough couple years and reached a point where I typically didn’t interview for new jobs. Friends-of-friends or people I worked with in the past would contact me and we’d have conversation and that was that.

But now I’m in a new city and have few contacts. So I send out cover letters and resumes and hope for the best. I’ve had some luck, it looks like I’m about to sign a new grant writing contract, but I’ve also had some strange disappointments, including three interviews with a hospital who never emailed or called back (ghosted me!) after playing games with my heart. Hold me.

My first interview for the hospital job was on the phone. I was sick and had too much of a Nyquil high to be nervous, so I did well. The interviewer was a brotha, or at least he sounded like one. If my inkling was correct, that would have been the first time I’ve ever been interviewed by someone black. Crazy. Our 15 minute conversation was informal and pleasant. It was like we gave each other the black man handshake over the phone. Anyhow, I almost dropped my corporate code switch in favor of vocal fillers like “Fareal!” but caught myself. You never know…maybe he was testing me.

I was called for an in-person interview about a week later, a one-on-one discussion with the person who would have been my boss. It was a typical interview. I just went in there and told the truth. She asked where I see myself in five years. My answer: “Probably at home. I plan to invest more in real estate, spend time with the family and do some writing. That’s part of the reason we moved back to Ohio.” Not the best answer, but she seemed to admire my honesty. Although admittedly such honesty did not come from a place of honor. I’ve done my fair share of lying during job interviews, and it’s almost always led to good results. It’s just now I’m older and most of my brain space is devoted to Netflix and weird facts I find on the internet. My hard drive has very little room to remember fibs. Unfortunately.

Two weeks later, the hospital invited me back for a group interview, and I flew in from San Diego on my own dime. But it wasn’t really an interview. I sat in a room with five staff members who told me about their jobs and cracked jokes. Various employees came and left or just stopped in to say hello. The phrase “progressive workplace” was used often, which I took as a question of my political allegiances. Maybe I should have worn a RESIST t-shirt or mentioned my anti-Trump Facebook posts, at least they’d be good for something.

But what really caught me off-guard was the language used to suggest I was going to be hired. “You will be working with…” “Your office will be on that side…” Damn! I walked out the interview ready to spend money I didn’t yet have.

A month passed without a hiring decision, at least not one that I was made aware of. I emailed the possible black guy. No response. I emailed the woman who would have had the life-changing (not necessarily for the better) opportunity to be my supervisor. No response.

I’m not sure what happened. Outside of the greeter at my favorite Walmart, who never says hi, either because he’s tried of seeing me or just doesn’t like me, I don’t have any haters. Maybe it was my old social media posts. Before I was washed I used to post some wild stuff, but nothing a “progressive workplace” can’t handle. Well I did once tweet “Domestic violence is never funny except…” and included a GIF of Prince smacking Apollonia. I mean, the look on this face, the horrendous acting…I’ll stop. Or maybe they were never that into me from the start.

I guess the hospital job wasn’t the right one for me. I should probably focus on getting gigs and contracts and therefore some level of freedom from the cruel corporate machine. On the bright side, the experience did provide me with more interview practice. Plus I got a new motto: “If I get an interview, I might get ghosted.”

One door closes and another one opens, everything in time’ until then say this 10 times Fuck em they didn’t deserve me!!