Home Personal Finance Searching For The Best Car That $12,000 Can Buy 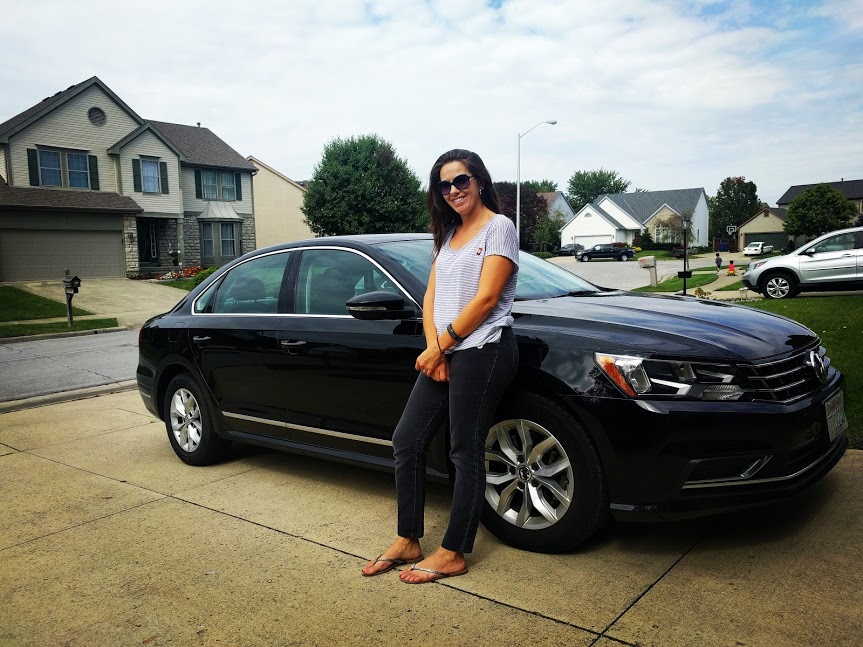 The excitement of having a new car ends long before the payments. For the first year or so you keep it clean, probably don’t let friends eat in it, and maybe even whoop your kids for walking on its seats. But eventually it just becomes your car. And unless it’s out of commission, you take it for granted. Even worse, it’s an expensive depreciating asset, losing more than 15 percent of its value each year. So, as you can probably tell from the previous five cynical sentences, I don’t believe in spending lots of money on cars, which is why I ended up buying from Hertz Car Sales.

My wife and I have been sharing our Mazda van/sport wagon that smells like baby pee since moving to Ohio five months ago. We had a second car, a Nissan Altima Hybrid, but sold it before leaving San Diego because the warranty on the battery was up, as was the risk that said battery would die and need a $3,000 replacement. That Altima, by the way, hell of car. We put over 120,000 miles on it in six years and never had a single mechanical problem.

And for our new car, I was looking for something similar: full size, good gas mileage, plush back seats for the kids’ booster seats or parental intercourse, high safety ratings because angry white men in large pickup trucks aggressively ride my bumper, and no more than three years old with less than 40,000 miles. All for $15,000 max, though I was hoping to spend much less.

My final choices were a 2015 Mazda 6, a 2017 Kia Niro, and a 2016 Volkswagen Passat. As mentioned, we already have a Mazda. Although I liked the Mazda 6 a lot, I didn’t want to give my allegiance to one brand unless they were paying me like Kia pays Blake Griffin to jump over cars. Speaking of, the Kia Niro sounded like the ultimate car. It’s a crossover SUV hybrid that gets around 50 miles per gallon. It seats five comfortably and it has that “What kind of car is that?” look. Unfortunately, it’s brand new and the cheapest I could find was around $19,500. So I settled on the Volkswagen Passat: stylish, big ol’ back seats, 38 highway MPG, nice power, and a backup camera/bluetooth.

I found a 2016 Passat at a Hertz Car Sales dealership two hours from my home. It was only $12,500, about $2,300 less than Kelly Blue Book value. Some would avoid buying a former rental car, but our van is also an old rental and we’ve had good luck with it. Plus I’m less concerned about renters being rough with a van or a sedan than I would be if buying a sports car. Even then, the vehicles are reconditioned and under warranty for a year, so my thinking is, “I’m not too worried about your past. You’re mine now, b**ch.”

Purchasing the car was simple. I financed the vehicle through Capital One’s Auto Navigator program. You fill out an application online and they pre-approve you for a set amount to purchase a car from selected dealerships, which is pretty much any dealership that’s not some three-car lot behind Dollar Tree. By the way, Capital One approved me for $40,000 and I never submitted any financial documentation, which is insane and tells me we’re nearing some sort of financial collapse brought on by excessive debt, lack of affordable housing, and a used car bubble.

Buying from Hertz Car Sales was just as easy. They have a rent-a-buy program where you keep the vehicle for three days at $50 a day. If you decide to buy, the money spent renting goes toward the purchase. The price is set and there’s no haggling. The salesman just hands you the keys and asks that you have a look before driving it off the lot. I knew I wanted the Passat right away, but I drove it 1,000 miles round-trip to Philadelphia just to be sure. After I returned, Hertz FedEx’d the documents for signature and that was it.

We’ve had our shiny, new-to-us depreciating asset for about a month now and it feels great. So much so that I keep thinking of what it would be like to own some of the cars that I admire from a really far distance: Porsche Panamera, Corvette, Maserati Levante. But then I remember that I can buy a rental property for the same price, and my little $12,500 Passat feels special, for at least another year.