Home Commentary & Short Stories Movember: Doing My Small Part To Save Lives (Or At Least Balls) 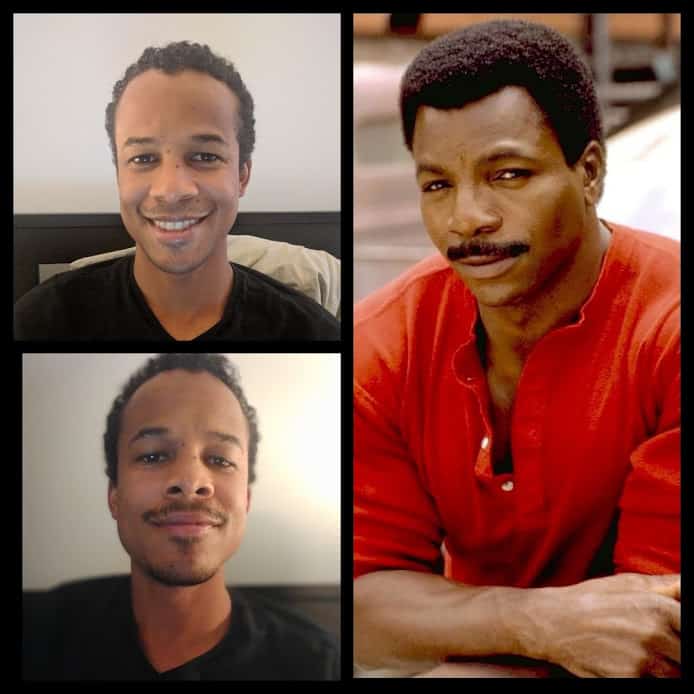 Men tend to forgo preventive healthcare. In fact, we only visit the doctor if we’re dying or have the clap. The Movember Foundation is working to change this by raising awareness of prostate cancer and others men’s health issues. This month I assisted with those efforts by growing a struggle mustache and a Shaggy beard that never fully connected in hopes that more men would have their junk examined.

I’m one of those guys, who, despite pushing 40, can’t grow a proper beard or full mustache. I try every now and then, but end up looking silly. Then I think of what Nas said about Jay Z on “Ether” and I shave it. “You no-mustache-havin’, with whiskers like a rat, compared to Beans you whack…” Jeez, man.

This time was no different. Two weeks in, I had hope. It looked like a potential goatee was taking shape. In fact, I even bragged to my Facebook friends: “Staying up all night because after 38 years I think my beard is about to connect…in which case y’all n***@s can’t tell me nothin’!”

The joy would not last long. My new growth just stopped. I had envisioned having a thick mustache like Action Jackson, whom many people say I resemble, but it was not to be. So I trimmed the fuzz over Thanksgiving break. I felt kind of bad about shaving before the month was over, but I justified it by lying to myself, which is a great coping mechanism: “A strong chin like mine shouldn’t be covered with hair anyway!”

Anyhow, doctors on the internet recommend that men 50 and older get a prostate exam, 40 and over if you’re black (#RNS) or have a family history of prostate cancer. The test involves taking a consensual finger up the dook chute. But no worries, I hear it’s sounds worse than it actually is and if you’re nervous you can practice at home beforehand.

For more information about prostate and testicular cancer,  visit the good folks at the American Cancer Society.