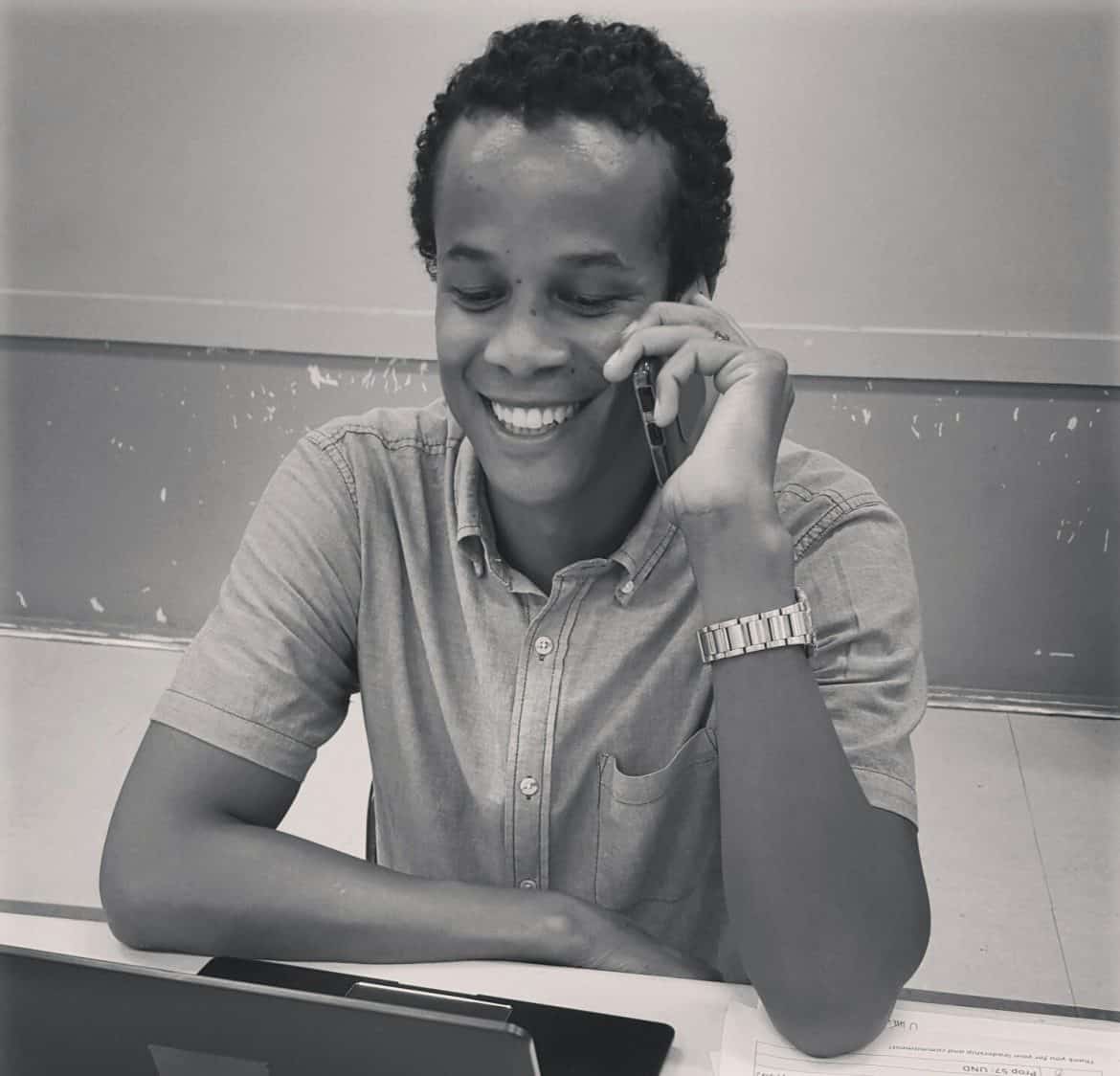 I walked into the interview with the confidence of a guy who already had a gig that paid well. A confidence enhanced by two glasses of wine. The interviewer, who was the company’s HNIC, talked about family, real estate, and gentrification–pretty much everything not related to the job.

We got along well, and after our hour-long conversation I thought we might practice one of those fancy handshakes that LeBron and his teammates do before games. This was my second interview with the company. And I left feeling optimistic about my chances.

But not too optimistic. In the past two years alone, I’ve been on more than 20 interviews, mostly for contract positions, and landed five freelance jobs. Two different positions with voter engagement campaigns (fun gigs; I enjoyed finding creative ways to say “Man, you ain’t even vote!”); a marketing job with a healthcare center (not bad until I found out their idea of marketing was pretty much cold-calling); an outreach position with a large healthcare company (there’s something fulfilling about helping really-really sick old folks improve their health), and a peasant gig with a standardized testing company (this was purely a “gotta find something” gig after moving to a new city).

So yeah, I’ve had enough work to provide for a family and save a little money, though I could make more if I went corporate full-time. Of course that would mean having to attend meetings about meetings where everyone repeatedly says, “Just to piggyback off what ____ said…” Torture!

I started freelancing seven years ago after being fired from a “real” job. The company had brought me in to manage a project, but it turned out I was a manager in name only. I’m a friendly Lightskin who smiles a lot, so they thought I was docile. It’s a common misconception; I actually have strong opinions. I spoke up about being misled and got canned when a superior fabricated a story about me hanging up on her. (I didn’t hang up on her, I just didn’t say “bye.”)

Going freelance has meant forgoing stability. So I buy health insurance from the exchange–don’t f**k it up, Donald–and manage money to prepare for potential droughts. Paying off long-term debt to reduce monthly expenses is also wise, and I’ve gotten better at that. Finding work is a lot less worrisome when you’re household bills are just a little over $2,000 a month. Still, there have been tough times. Delays in project start dates, trouble finding work I’m interested in, and clients who don’t pay on time and make me wish I had Suge Knight to advocate on my behalf.

Most of my gigs have come from networking, i.e. meeting people at events or meetings and speaking like I have a little sense. I also search Indeed every day for remote positions, or send inquiries in response to full-time opportunities and offer to work on a contract basis. Craigslist used to be good for one-off opportunities, but the site has lost its value. It’s mostly just people asking you to work for free until their business is profitable. Or they offer you a free tattoo with a side of hepatitis. Nah, bruh.

But for all the trouble and hustle involved with freelancing, I feel as if the payer-payee relationship when freelancing is more equitable. The terms of our relationship are clearly spelled out. There’s a definite (or at least a tentative) end to the project and companies tend to give me more autonomy than other staff. No one really micromanages a contractor or consultant. Developing long-term relationships with clients and repeat business is ideal, but if things don’t work out neither party feels bad. Hey, we were just friends with benefits!

I can’t say I’ll never go back to a regular full-time job. I’ve applied for a few here and there, but the deciders tend to get the sense that I’m more entrepreneurial than most employees and therefore less likely to stick around for years.

And honestly, as far as work-life balance goes, I’m a slacker. Chasing power and loads of money while work consumes your life seems sad. I’m impressed by people who own their time, and in many cases such people are not the folks with the highest salaries. They make (or made) good money, they’re frugal, and therefore have time for all that’s important in life: friends, colorful food, good drank (and dank!), travel, family, and Netflix.

Well, I didn’t get the position I last interviewed for. But I’m busy enough for the rest of the year, cautiously optimistic of my future prospects, and ready to interview 20 damn more times.