Home Personal Finance You Can Make Really Good Money As A Remote Health Educator, While The Job Lasts 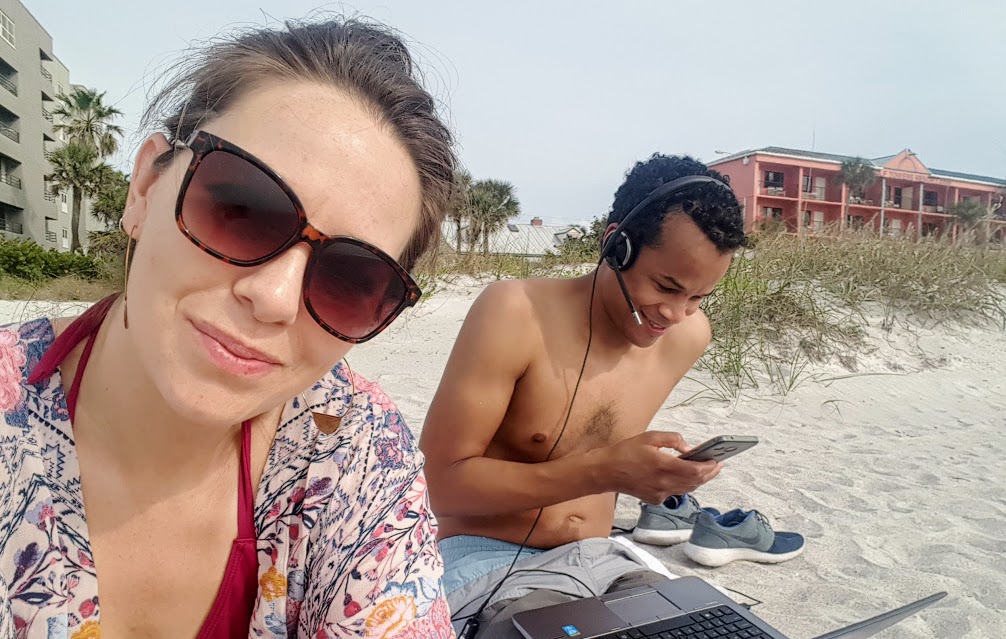 I was in Los Angeles but had a phone interview scheduled for 6 a.m. with a large healthcare organization based in the Midwest. Despite the cruel hour, I prepped for the interview as I do all others: review the job description, write down a few thoughtful questions, and drink half a bottle of wine. It turned out that such dedicated preparation was unneeded. The interview was actually a job offer, and by the end of the five-minute call I had agreed to a three-month contract as a remote healthcare navigator.

My job was to provide health education via telephone to dual eligible Medicare-Medicaid beneficiaries–patients who are typically older and impoverished and the sickest of the sick. Their health insurance is provided through two federal programs that operate separately, thus they tend to get lost in the system and end up in the emergency room or forgo care until their chronic conditions push them to the edge of death.

The company provided a thick manual of how to address various illnesses, better known in industry lingo as “gaps in care.” After a couple of weeks on the job, I went off-script and spoke in a more conversational style. The patients responded and “yes” or “no” answers morphed into detailed narratives about their lives.

There was an elderly patient who had trouble managing her diabetes after the murder of her son; a son whose siblings no longer came to see her. There was a middle-aged HIV patient suffering from severe depression and heart trouble. He wanted me to know that he was “still happy just to be here.” There was a young man recently paralyzed and looking to return to work. He needed his insurance to cover a catheter that would not leak, or at least let him know either way.

Of course there were other patients who hung up on me and one guy who cursed me out via voicemail for calling “the nerve” to not answer my phone. Still, the majority of patients were nice people who just wanted to be listened to and helped.

The work was dispiriting due to all the sad stories but not terribly hard. You don’t need much of a medical background to do the job well. An understanding of chronic illnesses helps, but you can get that from self-diagnosing on WebMD. I was mostly just connecting patients to services and making sure they were seeing doctors.

What I enjoyed most about the job was the freedom. I would log on to the system by 8:30 a.m. while wearing whatever I slept in the night before. I’d start calls around 9:15 a.m. (I learned 8:30 a.m. was not an ideal time after a “Don’t call me at eight o’clock to talk about no diabetes” response from a patient.) For lunch, because I was making Whole Foods money, I’d eat a fresh lamb shank or some other exquisite meat and then get back to making calls. By the end of the workday, which was 5 p.m. most days, I would have called about 20 people and helped whomever answered, on most days between 7 to 12 patients. Of course there were meetings and data entry, but the core of the job was straightforward.

After the three-month trial period, the contract was extended for 11 more months. I enjoyed the work, but felt that with my experience and education I could probably do something more, or at least manage an entire navigator program. I applied for a few outside opportunities here and there, and had a few callbacks, but I’d turned down the interviews after reminding myself how good I had it as a remote navigator. Nice wages, no commute, minimal supervision, not an overwhelming amount of work. Hell, next to Anthony Bourdain I had the best gig in the world.

But it was not to last. With seven months left on the “contract” an urgent e-meeting was called for navigators based in Ohio. We were all laid off, supposedly due to “financial reasons.” This coming from a multi-billion dollar company whose stock price had just hit an all-time high. Man, what would Bernie Sanders say! I played it cool–“thanks for the opportunity”–but I was pissed.

I got over the breakup days later by reminding myself that is what it means to be a contractor. Your only fringe benefit is your freedom and if the company decides to cut the contract for whatever reason, yo’ ass really is free…to go.

According to my former supervisor, there’s a chance we’ll get called back to work. By then I will have moved on to my next project, job, or business. But that’s not to say I won’t gladly come back for +/-$6,000 a month working from home.