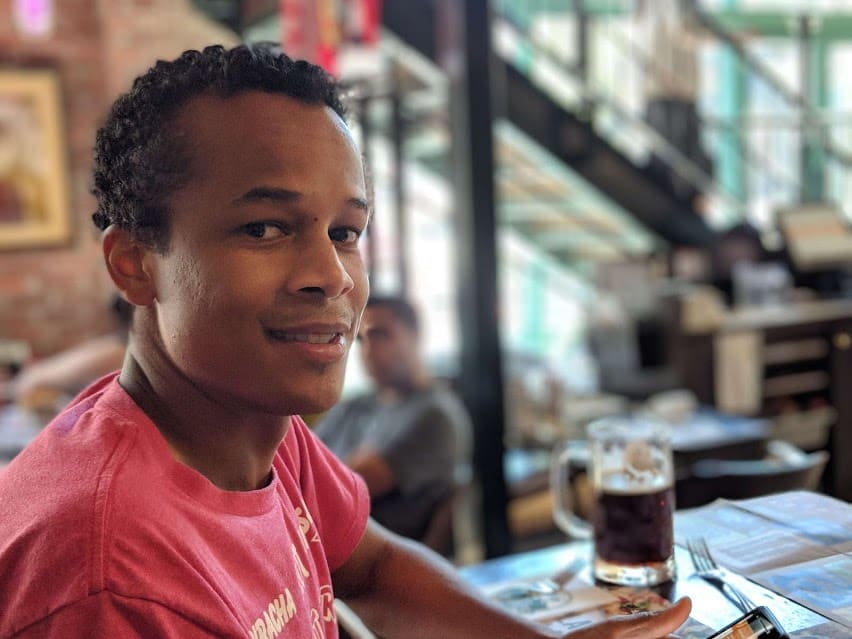 I recently wrote of how my contract job ended early, leaving me angry and unable to walk confidently like George Jefferson, as black men prefer to do when we have disposable income. Since that time I’ve been trying to figure out my next step. I wrote a business plan (that sounded like fun but was not financially viable), traveled a little, and daydreamed a lot. What I learned is that there are a lot of jobs available, though there’s a caveat: most don’t pay shit. Well, some do pay well. But those jobs read like the type that would cripple my work-life balance, increase my risk of anxiety and cursing out the kids, and further devastate my hairline. So I spent time applying for jobs I was overqualified for, hoping for something that paid OK and served a purpose but also left me the time and mental energy to continue my life as a free Afro-American.

My first interview was with a research center in Detroit. In short, they focused on alleviating problems that should no longer exist in the world’s richest country–lead poisoning, gun violence, and dilapidated housing. My job would have been to write grant proposals and marketing content to raise funds for the center. The interviewer seemed suspicious and asked five variations of the same question: “Why do you want to work here?” Or, as she phrased it mid-interview, “I don’t see why you would come all the way here to work. Why is that? You’re obviously qualified, but why come here?” (The job would have required me to be in Detroit three days a week, which is about 3.5 hours away from home. My plan was to rent a room and stay there a few nights a week.)

My response, which I don’t recommend saying if you really need a job, was, “I don’t see why you keep asking me what I’ve explained multiple times.” I didn’t mean to sound fed up or harsh, and I take it she didn’t either, but a little traveling for a job that I might enjoy didn’t seem like much a sacrifice, at least not one worthy of explaining fifty-‘leven times. She backed off, and we talked cordially for another two hours. We talked so long that I got a $45 expired meter parking ticket. Crazy! That’s price gouging!

Then I drove home and learned why the interviewer was so skeptical. There was highway construction from Detroit to Ohio, so I pretty much had to take the streets for the first two hours of the trip back. She was right, why would I want to drive here every week! I withdrew my candidacy, though at least I got to see some cool street art in Detroit and experience the most thorough interview I’ve ever had.

My next interview was with a rural hospital outside of Columbus. It was the sort of interview that I enjoy most. No pressure or gotcha questions; just two people talking to see if the opportunity is a good fit. Actually I didn’t do much talking. The interviewer gave meticulous explanations of the company and the position, and I kept repeating (code-switch in full effect), “Wow! That sounds GREAT!”

If hired, my role would have been to organize special events for the hospital. It sounded interesting until the interviewer mentioned that current coordinator uses Pinterest for design ideas. I can plan an event, and have done so in the past, but more so throwing ribs on the grill and making sure there’s enough liquor to lead to a sufficient number of regrets the following morning. But hanging out online to pick just the right table cloth? Nah, not for me.

I then interviewed with a hospital in Columbus for a job that involved helping to reduce cancer in high-risk, often overlooked populations. The interview went well. It was with two black women and the phrase “good hair” was used, so there was obviously some mutual comfort. I was told that the hours are flexible and staff members’ kids have been known to hang out in the office. Plus, when you at look at disparities in cancer, the job’s pretty important. And they offer a 14 percent employer retirement contribution. Sign me up! Even if I am a bit overqualified for the job.

One Year Of (Expected And Unexpected) Home Maintenance...

I want to leave the Do You Boo Boo meme but cant see how. Congrats my Jamaican broham.