One of my fondest Cleveland memories is going to my neighborhood park. Those of us with hoop dreams would play ball from afternoon to night. You could also find cool kids smoking blunts while camouflaged next to trees and heavily-lotioned girls lingering for attention. Other than my backyard, the park was the hangout spot. (Come to think of it, some of those same people from the mid-’90s might be hanging down there right now.)

Fast forward 20-plus years. I’m back in Ohio, the Columbus area this time, and I’m always up to find a park that offers enough free fun to tire out the kids while my wife and I relax with our phones. Here are some of best parks we’ve visited in the Columbus area so far. 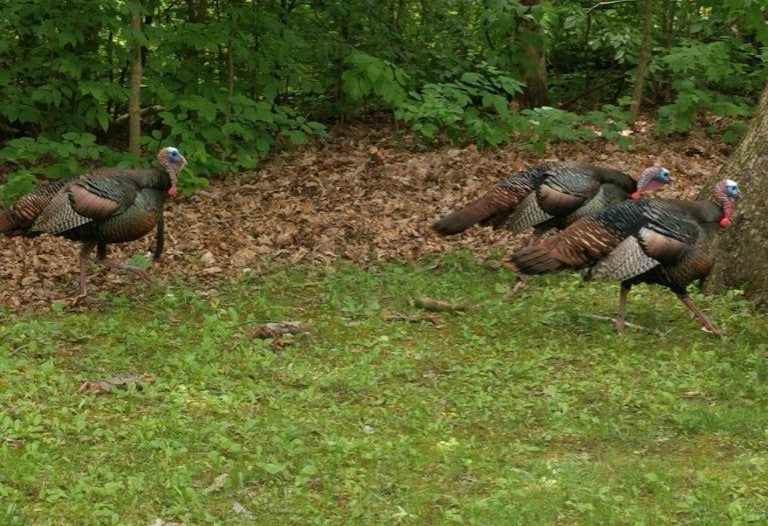 Blendon Woods is a great place to chase turkeys, who, by the way, look round and goofy but are actually very mobile. We followed a gang of them as they strutted around the park looking for some play (based on their loud gobbling). They didn’t seem to mind the attention, though I read that they’ll run up on you if you mess up their game.

The trails in Blendon Woods are also worth checking out. It’s like walking under a green dome. As for the play areas, they’re OK, but not so important considering you have the draw of giant birds walking around verbally harassing each other. 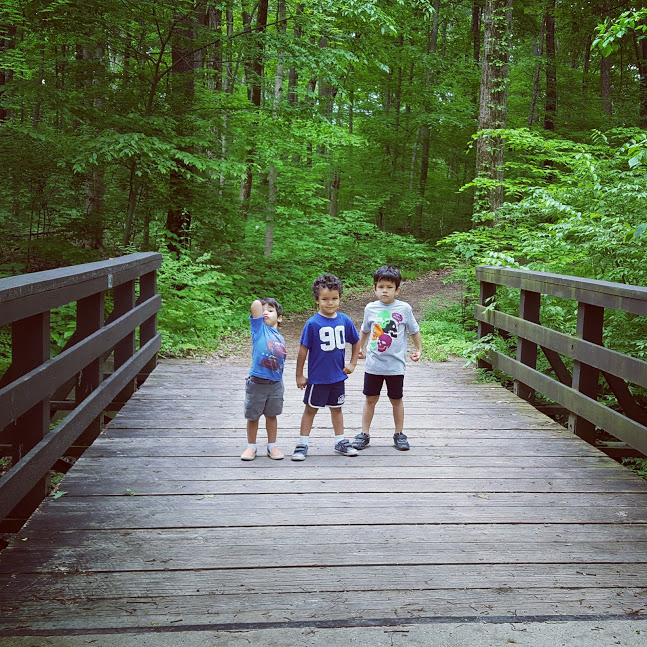 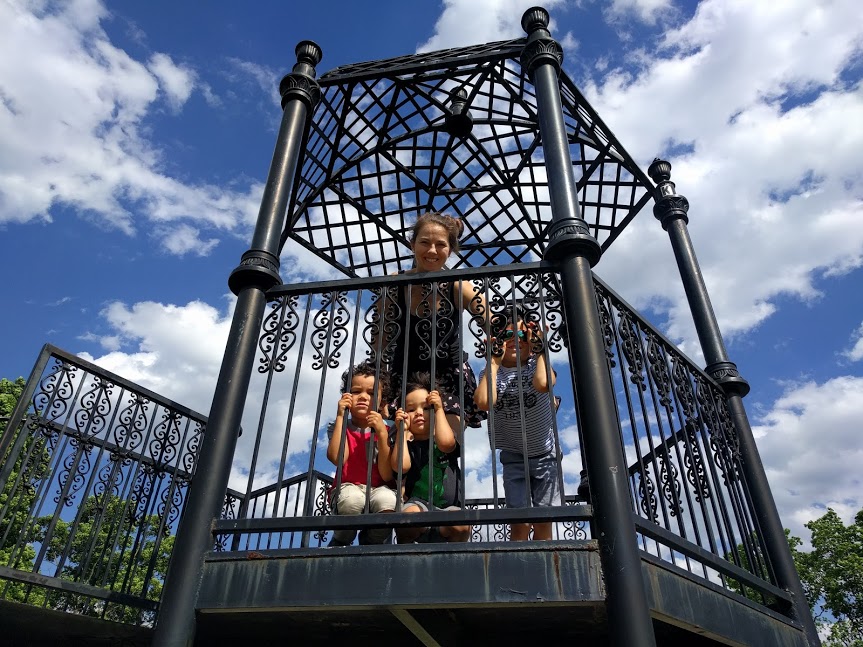 The obvious draw of Whetstone Park is the roses, but during the time we went most were not in full bloom and had less swagger than the $9.99 Walmart roses I buy for my wife. Still, the idea is romantic, which does absolutely nothing for kids who want to tear the flowers apart but aren’t allowed to touch anything. But the playground saved the day. It has a double tunnel slide and lots of unsupervised kids running wild. 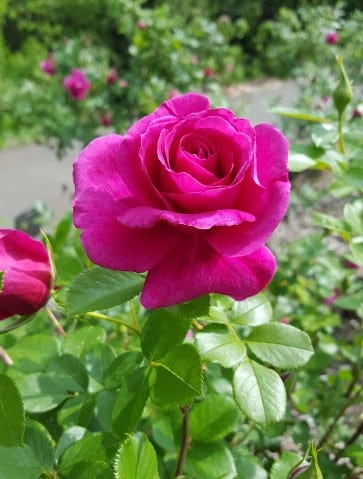 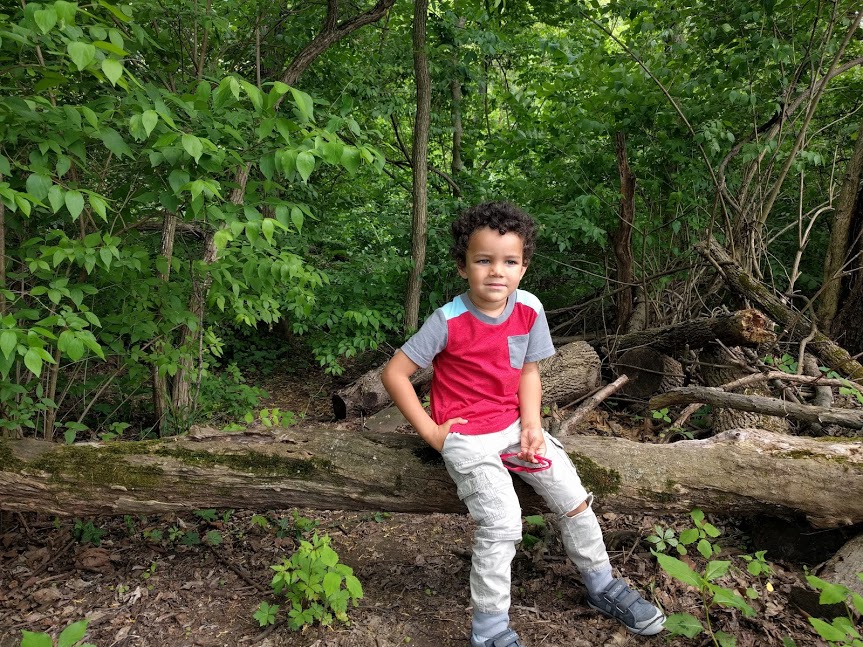 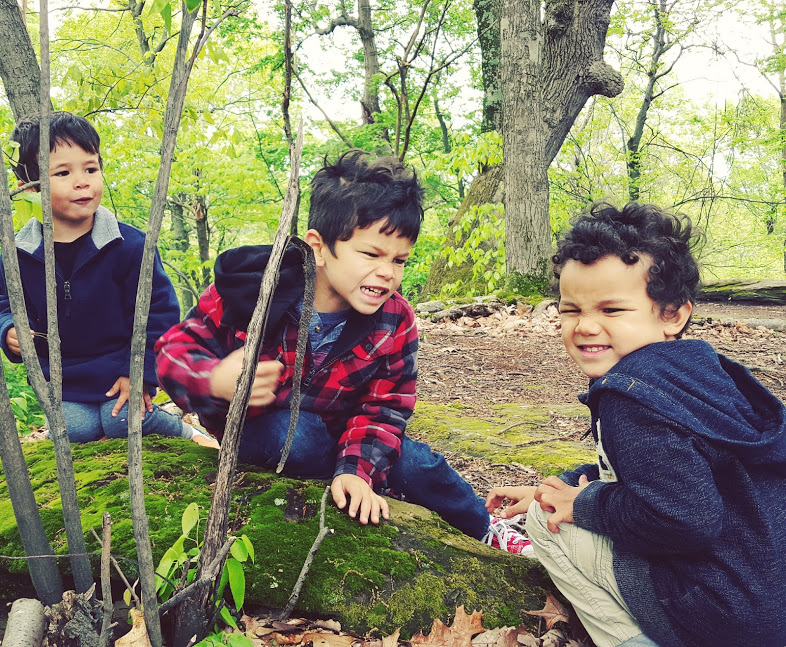 Rising Park is a little far out in Lancaster (the boonies), but it’s worth the 30 to 45 minute drive, if only to walk along the cliffs and risk severe injury due to selfie. I consider the area the gateway to Appalachia and there’s not much color among its visitors, but everyone was friendly to us black and kind-of-black folks. Anyhow, Rising Park has the most unique biodiversity of any of the parks we’ve gone to in Columbus. 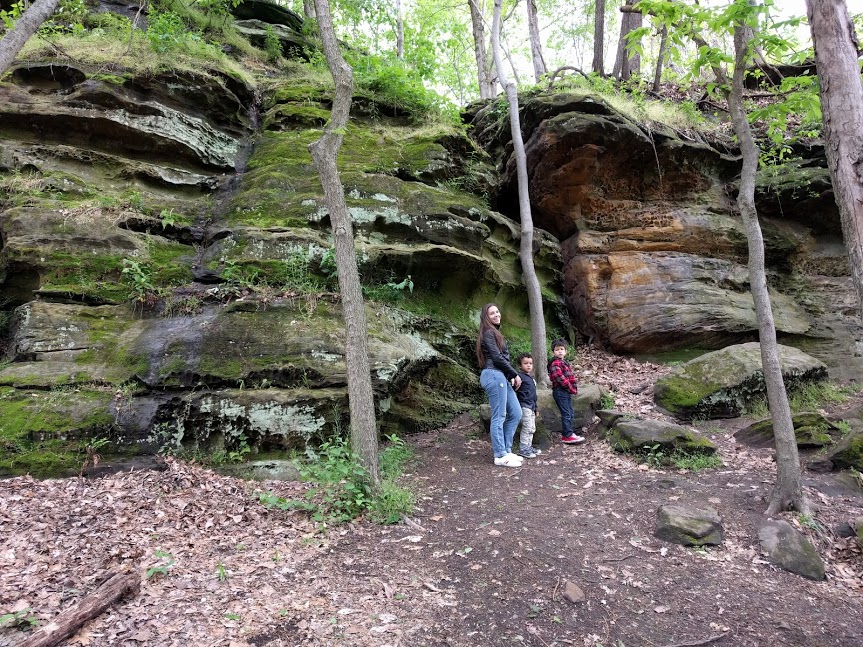 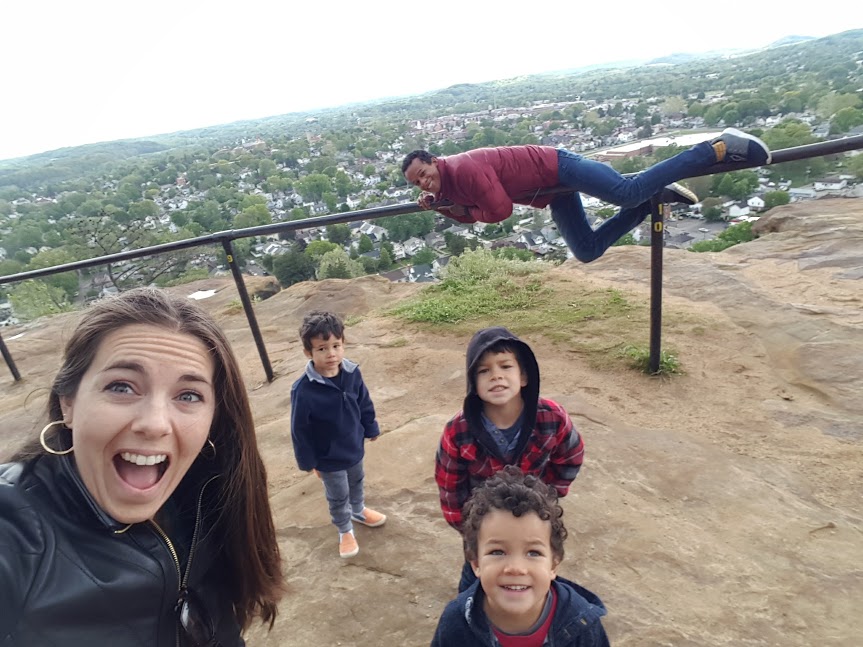 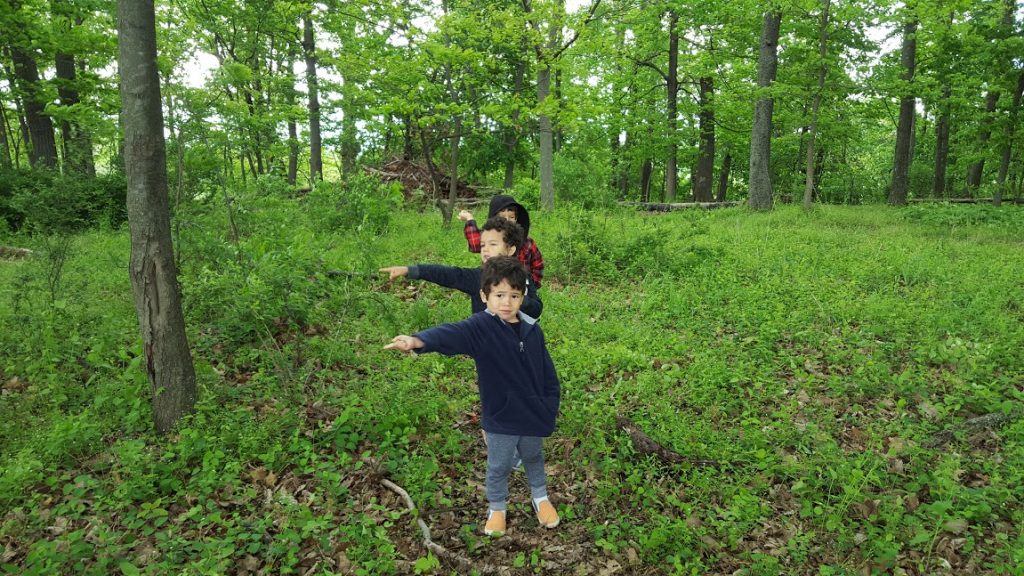 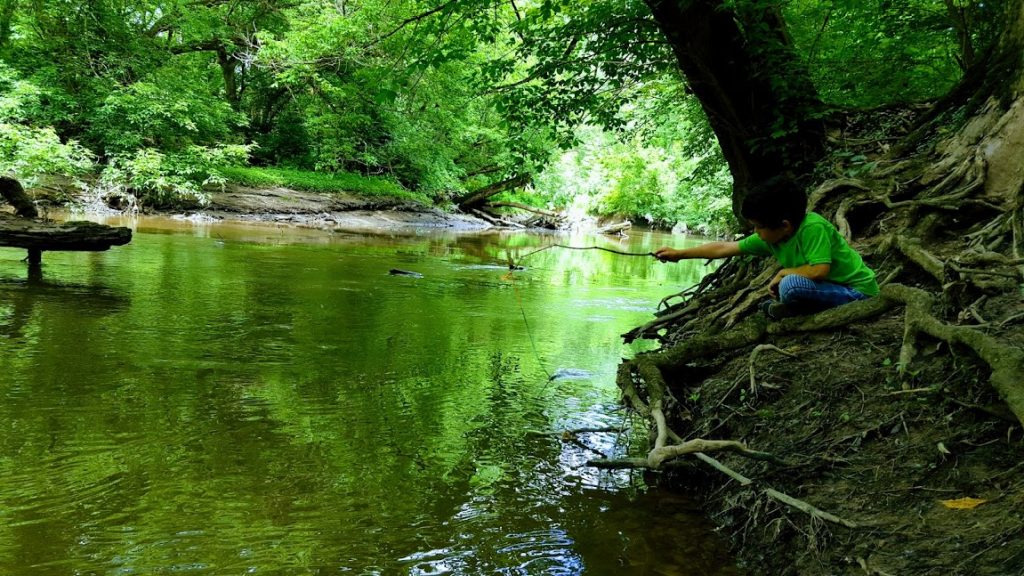 This park is huge and we only saw about a quarter of it due to simultaneous tantrums from Nile and Ca$$ius, which led to them getting snatched up out the forest and forced in their car seats. But from what we did see there’s fishing and snakes and bike trails and black folks barbecuing while arguing about LeBron’s greatness. There’s a lot to do, and we had a good time until the eruptions. We’ll be back. 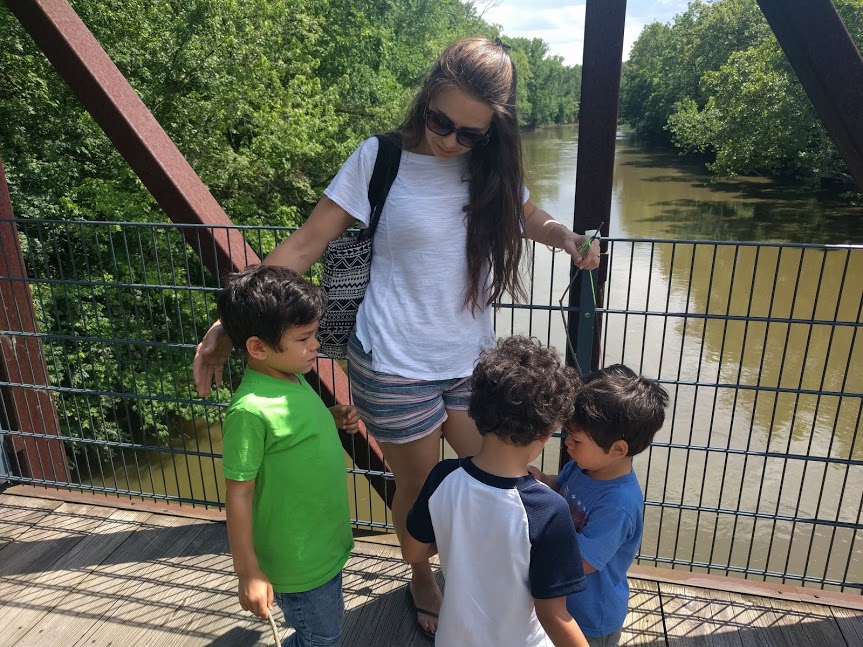 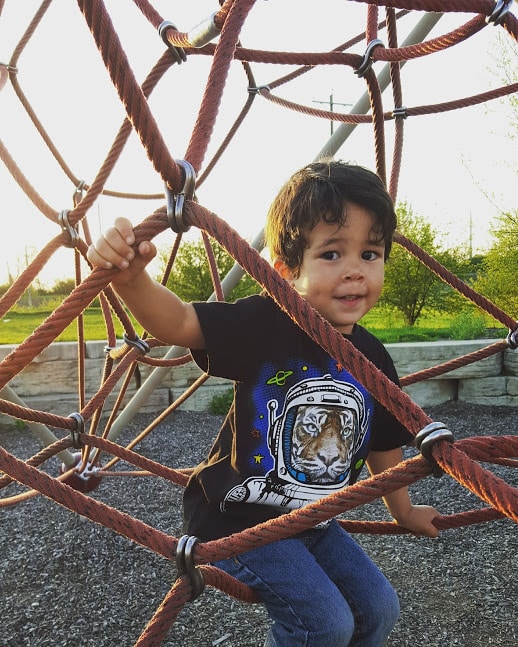 This park is known for its climbing walls (bring your own gear), but there’s also a water tower with stairs that you can climb without breaking a sweat. The kids liked the ponds a lot. They’re filled with frogs, two of whom we saw going at it. (Spring time is lit). There’s also an obstacle course that includes a wall and belly crawl station and so on. I was tempted to try it, but the achievement-to-possible-embarrassment ratio seemed a little off. 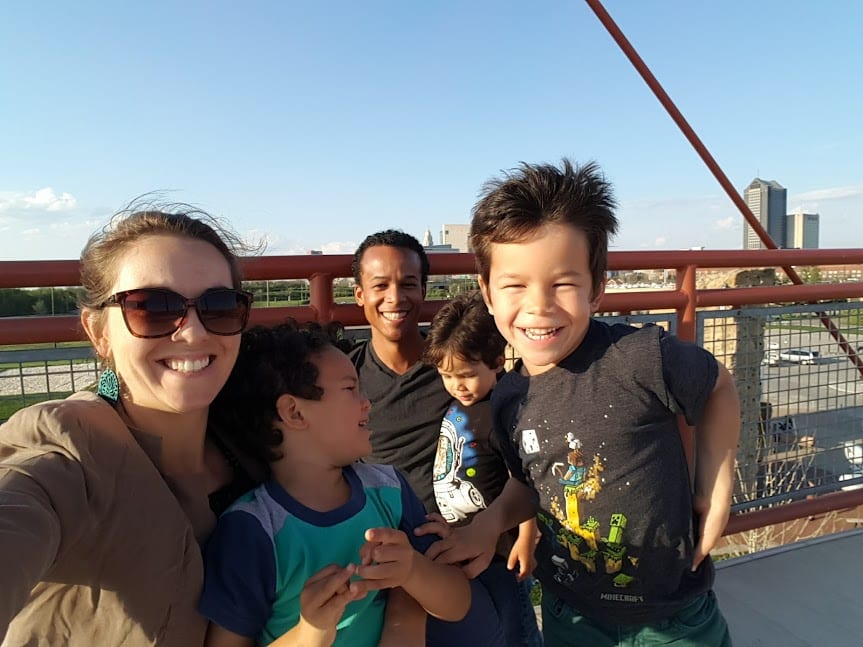 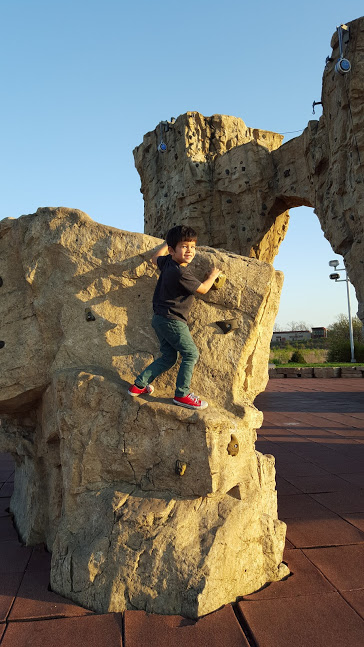 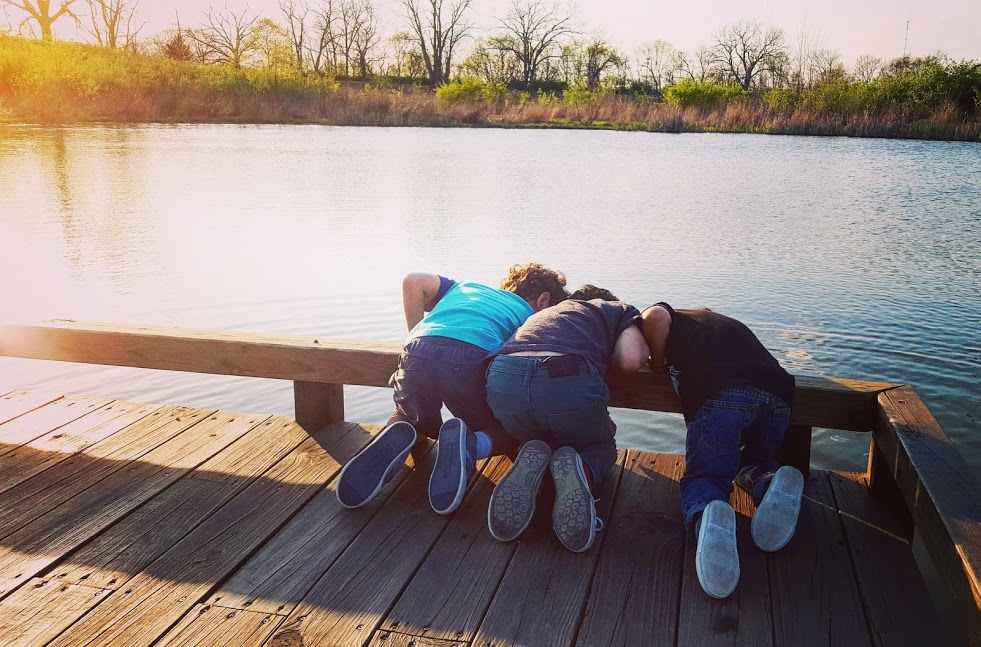 These are just some of the parks we’ve visited in Columbus in the past month. I’ll be sure to update this post as we go to others of note. Shoot me a message if you have recommendations. (Recommended parks need not have cool kids smoking blunts while camouflaged next to trees and heavily-lotioned girls lingering for attention, though that would be cool, too.)

I Saw A Flight Attendant Dry Hump A Passenger: My Review of Frontier Airlines

Help! My Runts Are Already Asking About S-E-X!

Battelle Darby Creek has buffalo. Probably a nice trip to take in the fall.

A favorite of mine is always Highbanks for all the trails and wildlife.

You could take Amber to the quaint Innis Woods in Westerville. It’s a nice date, but not necessarily a good place for kids.

I love your writing! Keep it up!

Buffalo? Man, have to check that out. Thanks, Brotha Luke.