A Day Trip To Palm Springs 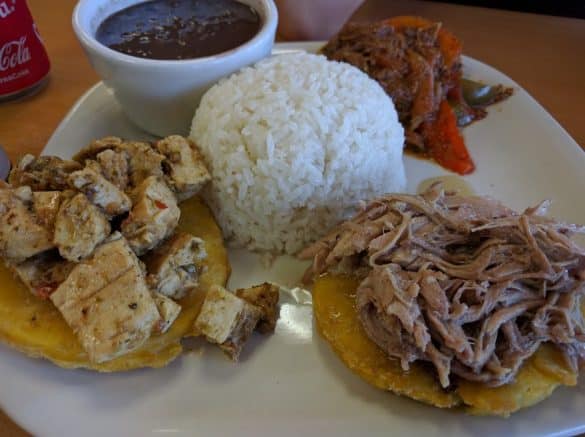 Cuban food, from Temecula of all places. 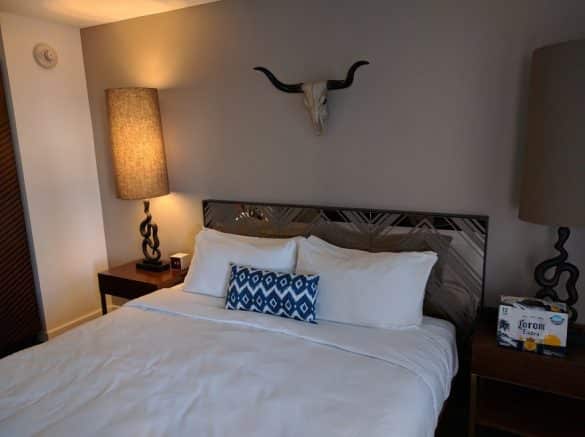 The hotel room's bull head was not tightly secured and therefore could not be straddled. 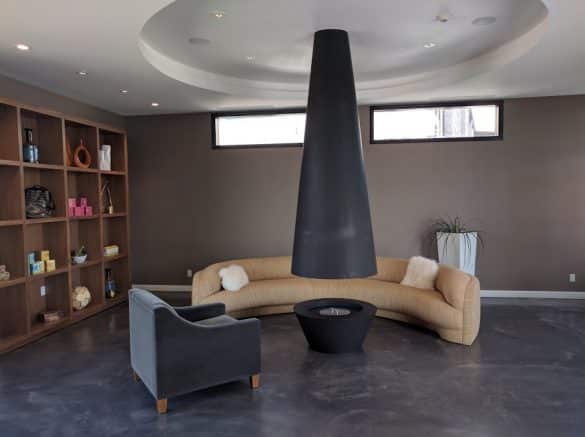 The lobby at the V Hotel. 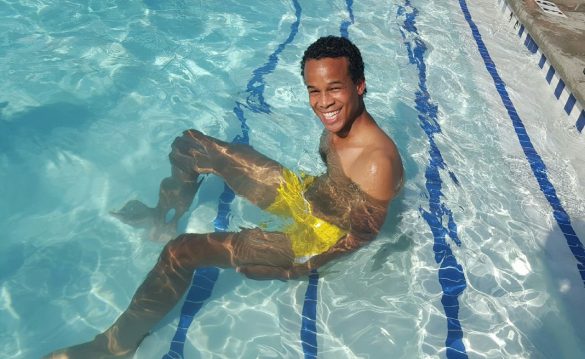 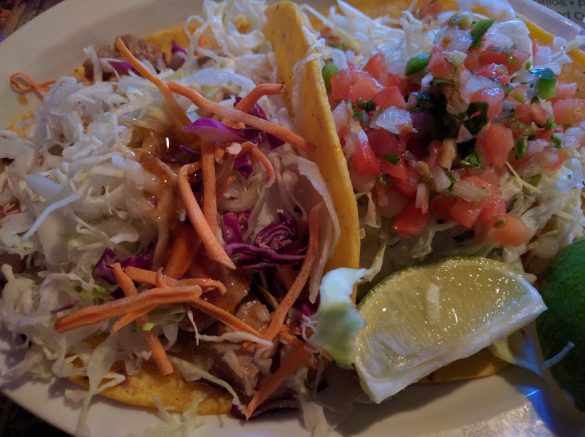 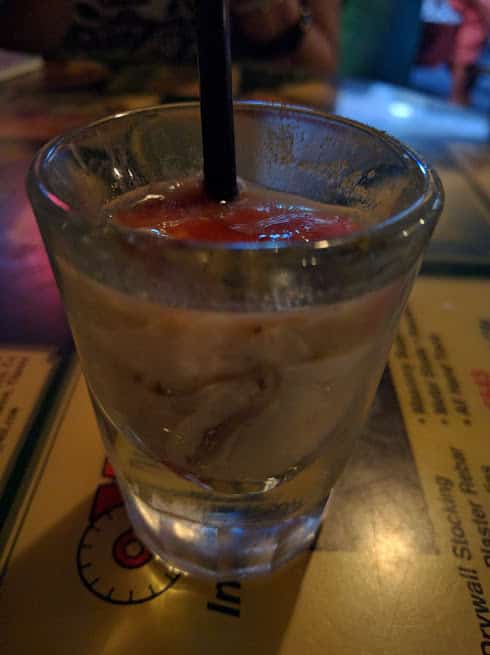 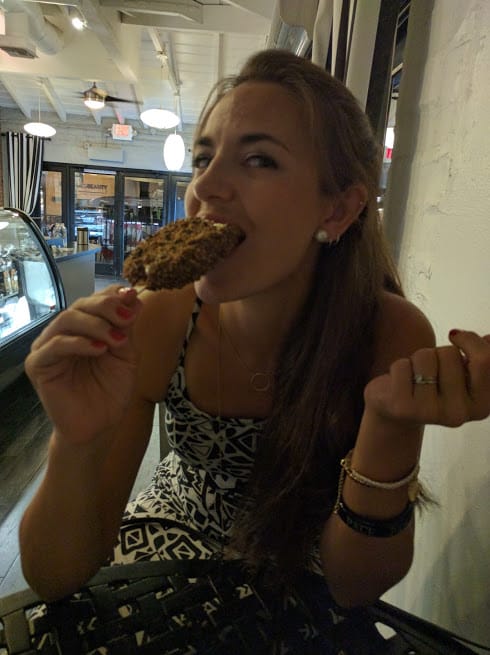 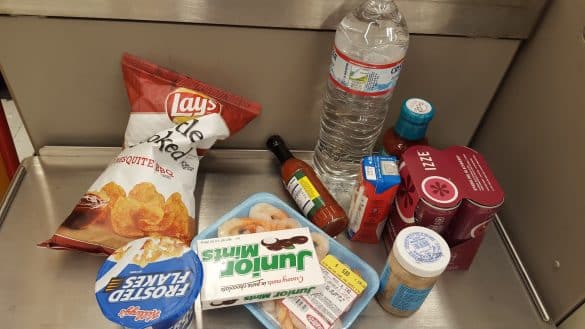 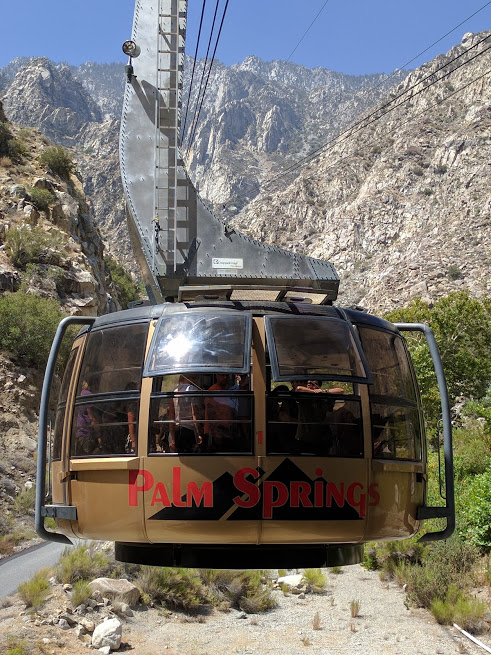 The Tram, built in '63, and possibly inspired by The Jetson's. 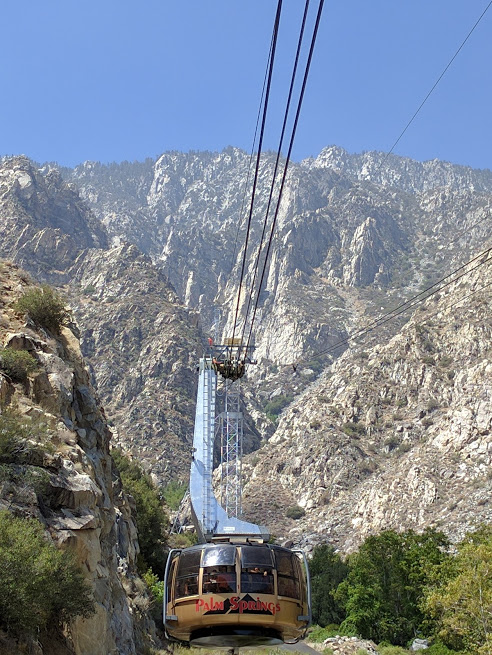 Yep, we went all the way up there. 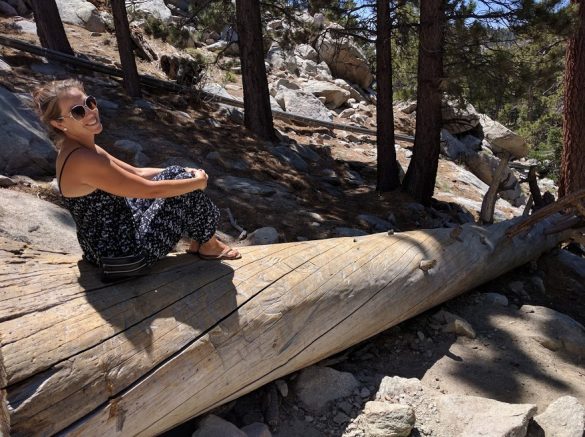 Don't you dare disrespect my wife with a sit on wood joke. Only I can. 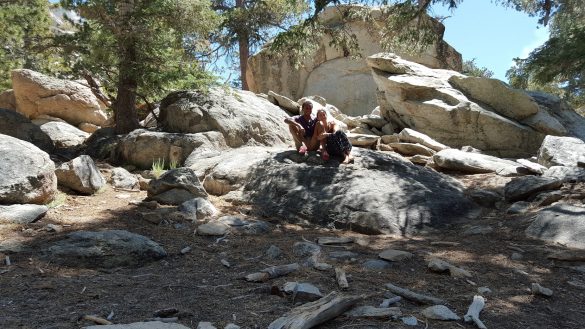 A ten minute ride up the mountain, followed by an exhausting 10 step hike. 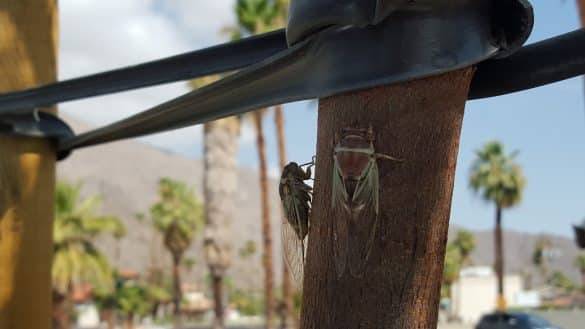 There was a cicada hatching Sunday morning. It sounded like power lines times 10. 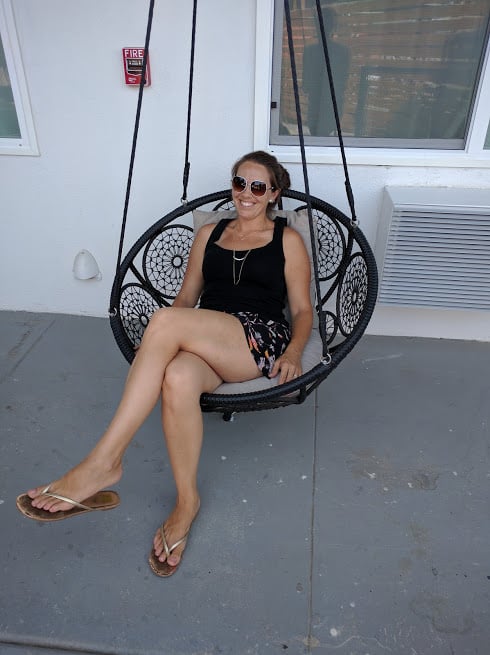 Perfect hotel seating for roasting in the 112 degree weather. 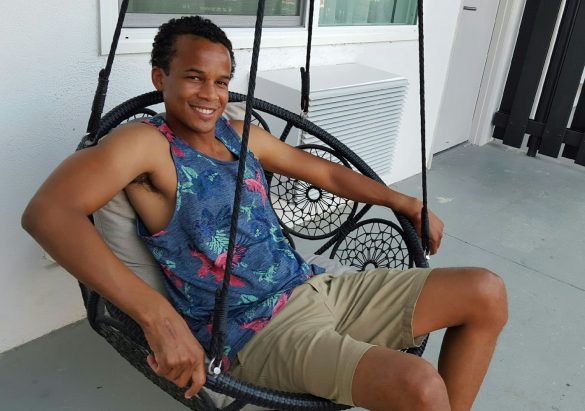 Put some respek on my bird shirt. 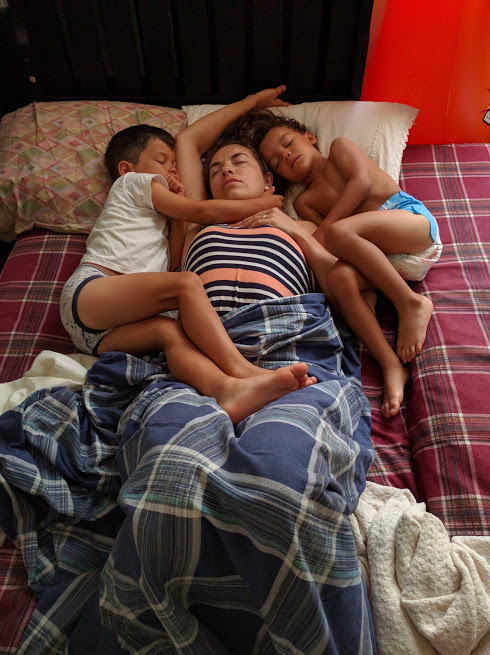 Two of our three boys making sure Mom doesn’t leave to Palm Springs before they wake.

Day One: Cleaning & Being A Job Creator
My co-worker’s 17-year-old nephew helped clean for our Airbnb guests. As a Democrat and supporter of a living wage, I paid him $15 an hour under the table (guess I also have a little Republican in me). He did a fairly good job, though my wife often caught him checking his stellar hair in the bathroom mirror on company time.

We finished cleaning around 7:30pm, just as our guest arrived, who, by the way, made a grand entrance by bumping his car into my garage door. He lost some cool points for that, but made up for it by: 1) knowing how to work the Roku without me having to explain; and 2) being Asian and therefore culturally programmed to take his shoes off upon entering a home.

From there, Amber and I went out for Mexican food. Thanks to the pending Airbnb deposit, I balled out and bought a shrimp burrito. Then, like the teenagers we once were, we went back to our sports wagon (it’s just not a minivan) to drink some of the beer that was packed for our upcoming trip to Palm Springs. Perhaps we would have made sweet automobile love if the back seats of our Mazda had not been filled with urine-stained child seats.

Grandma’s house was our next stop. We stayed the night. She pulled out all the stops for us, even combining two beds into one so Amber and I could sleep with our three violent toddlers. We were knocked out by 10:30pm.

Day Two: Are They…Or Did I Watch Too Much Skinemax?
I started the day with some pre-trip shopping at Target. The temperature in Palm Springs was forecast to be above 100 degrees, so I got a pair of slim-fit khaki shorts and an admittedly kind-of-homosensual tank top with bright birds on it. After that, I went to Wendy’s and bought a Junior Frosty for each of the boys to ease the temporary bastardization process.

By noon, Amber and I were finally on the road for our day trip to Palm Springs. After about an hour, we stopped at The Cuban Hut in Temecula, a city that has a Cuban population of about two. Still, the food was authentic as the owner’s accent and damn good for just $15. It was pleasant place to eat, though I wish said owner would have cared when Amber showed him a picture of our recent trip to Havana. Man, could we have least gotten an “Oh, wow!” Maybe a “That’s great!” No, he pretty much just shrugged.

After a quick stop at the Cabazon Outlets, about 30 minutes outside of Palm Springs, we made it to our destination and checked into the V Hotel where they hit me with a surprise resort fee of $29, despite, as Dad would say, “It ain’t no damn resort.” However, the room was modern and interesting and had bull horns hanging above the bed.

We changed and joined the pool party. There was a good mix of bodies—ectomorphs and endomorphs—and no shame. Two young women approached us in the water. One had her hair dyed silver and wore what I call a “half thong.” I’m sure there’s a name for that type of swimsuit, but it shows about three-fourths cheek. I guess you wear it when you want to show off your ass while also giving your ass crack a bit of relief. It’s sensible.


Anyhow, maybe I grew up watching too much Skinemax, but I think the women were hitting on us. There was something about their in-water introduction and probing follow-up questions. Amber thought so, too. I didn’t know how to respond, so I just asked what bar to go to later. They recommended Village Pub. Amber let them know we’re married and have kids to go home to. They left. We did not go to Village Pub.

After the pool, we went to dinner at Shanghai Reds, a dimly lit sister bar of Fisherman’s Market & Grill. Their seared ahi tuna taco stuffed with a lot of colorful shit was as good as anything I’ve had in Mexico. The oyster shot was legit, too. I was tempted to keep eating through happy hour, which restarted at 8pm, but we ended up leaving to walk downtown in search of dessert, where Amber found a big ol’ toffee ice cream bar.

Our quest for snacks continued at the grocery store. We bought an obscene amount of junk: Junior Mints, pop, Frosted Flakes, supposedly fresh oysters, cocktail shrimp, and barbeque chips. Afterwards, we went back to the hotel with plans to rest before partying. Instead we fell asleep surrounded by food. Days later there’s still some dispute about who fell asleep first.

Day Three: So High, So Damn High
Despite the silver hair seductress warning that it’s not worth the $25 cost (maybe she had other plans for us?), our day trip ended with a ride up the Palm Springs Aerial Tramway. In short, we went 2.5 miles up a mountain in about 10 minutes. The tram rotated mid-air and at times felt as if it might break from the cable. People screamed and I felt a bit queasy, though thankfully I had the foresight to boo-boo right before we boarded. Amber was also nervous. She had to pee as soon as we got off, even though she had just peed before we got on. A marriage is not complete without communication of each person’s bodily functions.

Once we got to the top, we took some selfies and walked across the mountain as much as we could while wearing clothing more suited for a walk in the mall. Amber was in her element. She’s a big booty girl from the country and enjoys trees and nature. I was just ready to get back to level ground and eat to refill my just-emptied tank. An unstated compromise was reached, and we took the tram back down 20 to 30 minutes after reaching the mountain.

After the obligatory stop at In-N-Out Burger, we made it back home to our boys, a tad bit less poor and reinvigorated after a quick respite working and teaching our kids not to bite. In just six days, our next Airbnb guests arrive for a two-night stay. We’ll be on the road again.

A Day Trip To Tecate: My Peasant Salary Goes Far In This Sleepy Yet Stunning City