My experiences in Los Angeles over the years can be summed up with two words: traffic and disappointment. The ride up from San Diego always took longer than expected, and once I got there the nightclubs would often not let me and my friend in because they required guys to come with swag and/or chicks. Still, despite my cynicism there’s at least one thing I like about Los Angeles: it’s home to a number of little interesting cultural pockets. One being Little Tokyo, where I recently spent the day while in town for an interview.

My first stop in Little Tokyo was the Japanese Garden. It was surprisingly small, not much bigger than your average Midwestern backyard. But the scenery was welcoming and it seemed like a comfortable place for a nap. Unfortunately the lone bench was taken by two lustful students. They stopped making out when they saw me–the only other person at the garden–but remained on the bench so they could get it on once I left. I’m not a hater, so I did just that after snapping a few pics…of the garden, not the hell-bound fornicators. 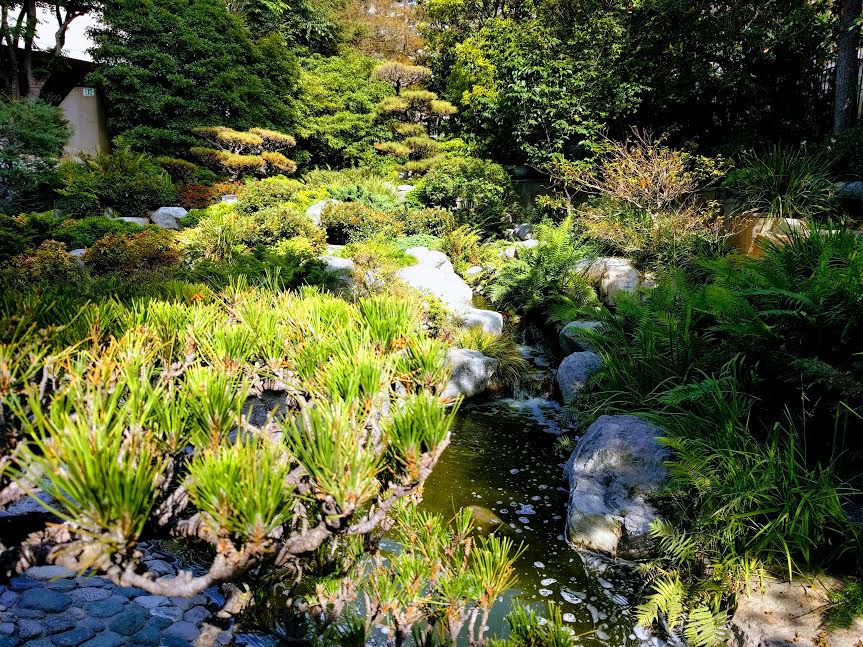 From there I went to the Little Tokyo Galleria. It’s a mall where you can find authentic Japanese goods and see lots of kind Japanese folks who say hello to unknown Afro-Americans like myself, which honestly, has not been the case with most other Asian cultures I’ve come across. I spent most of my time at Daiso, the Japanese dollar store. They had tons of stuff no one really needs, but all of it aesthetically pleasing and of higher quality than the crap you’ll find at your typical American dollar store. I bought a phone charger, tea, and some candy. I almost bought the chair below; I thought it would be cool to see my wife’s big ol’ butt hang off it; but I’m always preaching about not accumulating stuff so I passed. 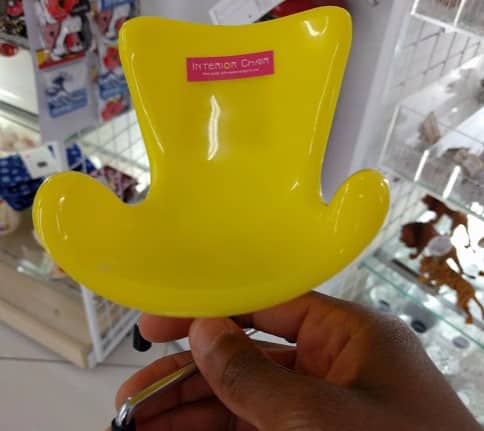 After the dollar store, I grabbed some food from the casual restaurant in Little Tokyo Market Place. My simple budget demanded a simple meal, so I bought pork belly fried rice. No disrespect to all the lil’ Chinese spots I’ve frequented, but this was the best fried rice I’ve ever had. The meat was not mysterious and the rice was soft but not sticky. (Can rice be al dente? If so, what’s the Japanese word?) Bonus: The entire meal was only $7. 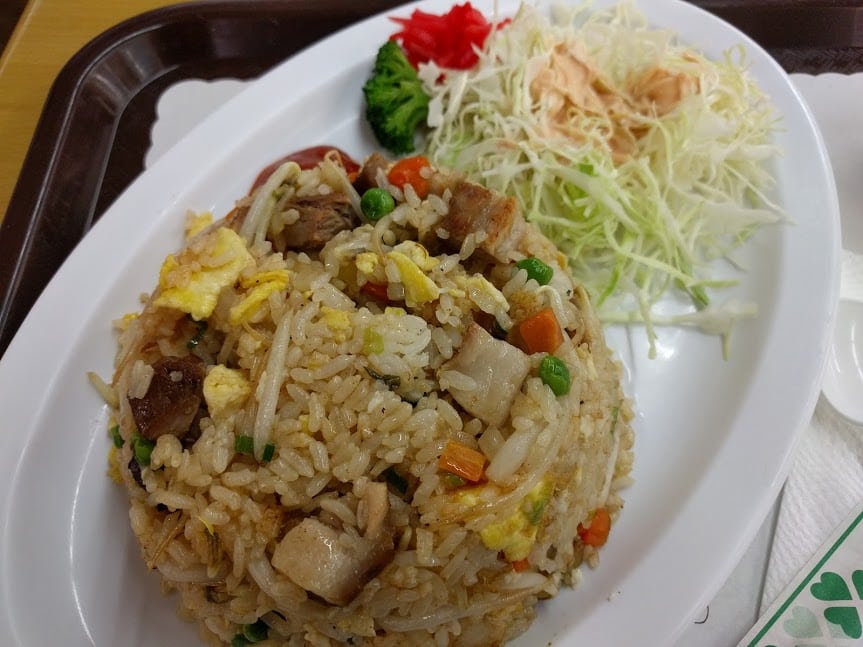 After dinner I walked to the nearby Arts District to see how the gentrification was going. I saw lots of interesting street art, including the muscle donk pictured below. There were also quite a few people having professional pictures taken of themselves. I’d try to walk into a shop or get a closer view of the street art and the entry/sidewalk would be blocked on account of vanity. There was no “my bad, one sec” or “go ahead through, bro,” they stood there with their big beards and cuffed pants. They’ll never make it in reality TV with attitudes like that. 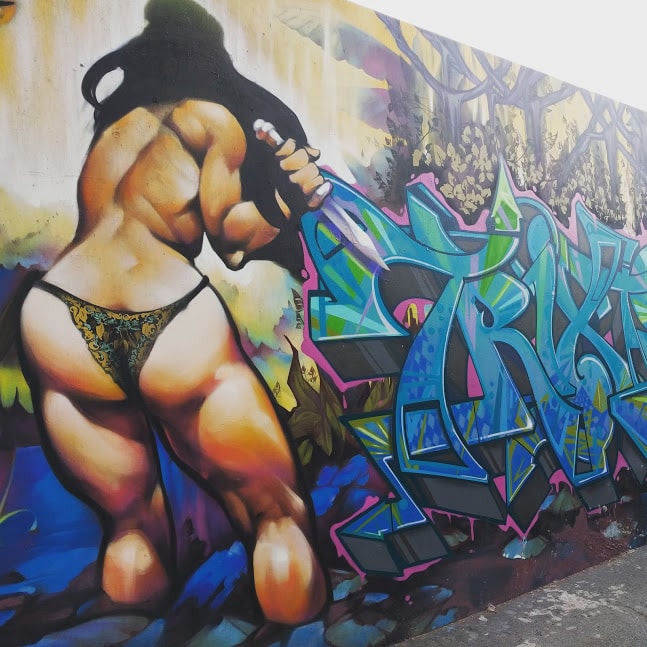 The Little Tokyo Library was my next destination. I needed to charge my phone and figured I’d hang out to browse National Geographic. As usual, I got lost. I ended up on Skid Row and thought, “Damn, America’s never really been great.” I walked in the middle of the street out of fear and respect for people’s tents. I passed a guy who was naked from the waist down shouting in his own world. Nothing like a random frankfurter to get my sense of direction together real quick.

My trip ended at Wolf & Crane Bar. It was a cool little spot to go alone without looking out of place. I had a Purple Rain, a tequila and mezcal and purple-syrup mix that looked like something I should have been drinking while wearing a romper. I followed it with a Sapparo and left to wander off my buzz. Karaoke came to mind–I’ve only performed once before–but I knew I’d end up wasted and hungover for my interview. I went back to the hotel. Good decision; I got the contract. 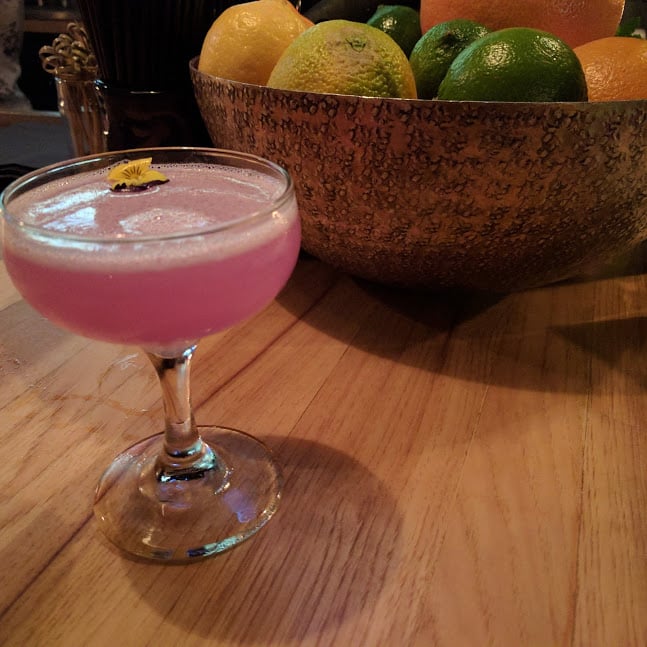 I Saw A Flight Attendant Dry Hump A Passenger: My Review of Frontier Airlines

Reply Retweet Favorite
I'm not 100% financially independent yet, but it feels good to buy the big shrimp w/o worry. 🙏🏾

Reply Retweet Favorite
When the kids keep bugging you to play football with their lil' friends. https://t.co/lyaLXMGwBq

Reply Retweet Favorite
Stopped at Whole Foods. The only other Black ppl there were paid shoppers. The gig economy is ugly.