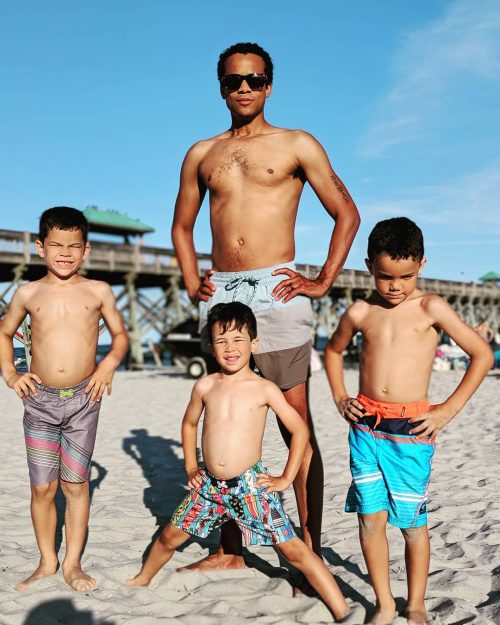 The tour guide at McLeod Plantation in Charleston, South Carolina may be the wokest white man since Shaun King. The McLeod family, he explained, benefited from slavery up to the 1990s, when the family’s last living member rented former slave quarters to poor blacks.

He described slavery as part of centuries of white-on-black oppression. There was redlining, lynching, poll taxes, and sundown towns, among other injustices. He emphasized that the Thirteenth Amendment abolished slavery–except as punishment for a crime, as determined by a still inequitable justice system. Then he paused, making eye contact with visitors, almost begging to be challenged: “Dylann Roof came to this plantation and took social media pictures before murdering nine African Americans in Emanuel AME Church.” This was our introduction to Charleston, South Carolina.

But our family road trip to South Carolina got better. We went to Folly Beach. It felt like a liberal (by South Carolina standards) enclave. There were anti-Trump stickers on street signs and a rainbow flag or two. More importantly, the water was warm and after 6 p.m. the weather was perfect. The kids jumped over waves; I watched them and my wife’s ass from nearby. I thought of the tour’s guide description of Mosquito Beach. One of the few recreational spots where blacks could go during Jim Crow. Obviously named after insects for a reason, they made the best of it and before haters started shooting, it was jumpin’.

The fam ventured off the next morning while I worked to explore the waterfront and the good looking tourist trap that is Charleston City Market, only steps away from where 40 percent of America’s enslaved had walked through. I took a work break and jogged over to Hampton Park in search of the controversial monument of Denmark Vesey, who organized an ill-fated plot to kill slaveholders.

The plot led to the burning of Emanuel Church (to be rebuilt after the Civil War and then shot up by the aforementioned Dylann Roof in 2015) and the building of The Citadel to prevent future rebellions. Denmark Vesey and 34 other freedom fighters were hanged.

The monument to Vesey, built in 2014, is almost hidden. I asked a passerby where to find it. He said that he’s been asked that question five times in the two years that he’s lived near the park. Then he directed me down a dirt pathway. The statue is blocked by trees and a gazebo. Perhaps the location was a compromise with some white folks who felt Vesey was a “terrorist.”

We spent the rest of our day at Beachwalker Park, the only public beach on the way-too-rich-for-my-blood Kiawah Island. I was surprised by how many people weren’t there. Despite staying in an Airbnb 30 minutes away and near Charleston’s happening King Street, it was like we had our own private beach. Speaking of our Airbnb, two roaches showed up unannounced to have dinner with us–they call them palmetto bugs in South Carolina. Still, it was a nice remodeled place in a prime location.

Our last full day in Charleston began with a ride on the water taxi. It continued with a search for Gullah/soul food. Yelp and its one dollar sign filter led us to Hannibal’s. It was a dim spot that looked like something out from a Walter Mosley novel. Middle-aged men sat at the bar ordering liquor that was available but not displayed. The patrons and the staff were all black. They did a double take when my wife and kind-of-black kids walked in, but showed nothing but kindness. We ordered collard greens, fried chicken, fried shrimp, crab rice, red rice with sausages, and a beer. The whole meal was about $35. Apparently, Hillary Clinton and Pharrell had beaten me to the spot. Their pictures were displayed near the bathrooms. I bet Hillary had hot sauce in her purse, as she has since her days in Arkansas.

The last stop of note on our family road trip to South Carolina was Morris Island Lighthouse. We didn’t plan to go to this beach, but our middle child had been bugging us like crazy to find the tiny, lightning fast crabs he saw near the plantation cemetery. According to the water taxi operator, this would be the spot. Of course we didn’t find a single crab but did see tens of crab holes.

A chalked walkway led to the beach that we again mostly had to ourselves. I wanted to play with the boys while they were in the water, or at least watch them, but working while traveling had killed my stamina.

I fell half-asleep and thought of how we had not seen a single interracial couple during our three days in Charleston. Forget couples; we didn’t even see black and white folks interacting. Actually, I saw very few black folks, if any, just out enjoying themselves. They were either working laborious jobs or impoverished. This in a city that’s at least 30 percent black.

We drove 10 hours back to Ohio. I checked my phone every now and then and read news of a reparations hearing in Congress. Maybe they can learn more by visiting Charleston, South Carolina.