Home Commentary & Short Stories Driving Across The Country While Black (With My White Wife, Marijuana Edibles, And Expired Tags)

Driving Across The Country While Black (With My White Wife, Marijuana Edibles, And Expired Tags)

The first day of our road trip from San Diego to Columbus ended on the run-down part of the Vegas Strip. My wife and I had never of the Westgate Hotel, but it was a four-star and only $40 on a Friday night. My first impression of the hotel: Diverse. Its lobby is one of those rare places in America where black and white and brown folks come together, but only to angrily stand in a check-in line for 40 minutes. But the rooms were up to date. And huge. Plus Cameo was performing. I didn’t care enough to purchase tickets for their show, but it was nice to learn that the lead singer still wears a jockstrap over his pants. 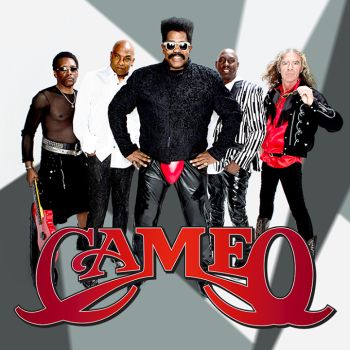 Our goal was to leave first thing in the morning so we could make it to Grand Junction, Colorado before sundown. Denver would have been the logical destination, but I wanted to hang out in smallish cities with character that we’d be less likely to see again. But I also wanted a bite of the edibles we stashed for the trip. The edibles won. They’re undefeated at altering our plans. We woke up late and hit the road at noon, ending up in Grand Junction around 10 p.m., and not seeing much of the city besides the Holiday Inn and a Nepalese carryout.

Still, the drive through Utah to Grand Junction made up for our abbreviated visit. I’m usually not one for views, which may have something to do with growing up in Cleveland, where the most picturesque setting is a massive LeBron James banner. But Utah was something: clouds of various shades of blue, snow and fog alongside the empty highway, and the mountains…man, just towering. I’m surprised someone much hipper than me (or much more corny) has not referred to Utah as Viewtah. Well, #Viewtah does have a 100-odd posts on Instagram, but dammit, it should be an entire media campaign. Stunning place.

We left the next morning with hopes of driving 10 hours to Salina, Kansas. The city was named for salt water, though I prefer to see it as an ode to the late singer Selena, who touched a lot of people and played a large but often unheralded role in (re)popularizing donks across Central and North America.

Before hitting the road, we looked at our license plate and noticed our registration had expired. The bill had been lost during our move. Well, I may have also lacked enthusiasm to pay it. But during the two months since it had expired, neither of us had been pulled over. A license plate frame expressing our love for Ohio University and road dirt had saved us.

Four hours into our drive to Kansas we stopped in Denver for lunch with friends. As part of God’s plan, we found a parking space directly across a marijuana dispensary. I wanted to buy a Boulder Bar, but three factors smartened me up: the expired tags, being black while driving through the boonies with my white wife, and the fact that I was not wearing a Make America Great Again hat, would could have been used as a “get out of jail free” card in this part of the country.

After a two-hour taco break, we got back on the road and arrived in Salina well after midnight. It seemed like a pretty happening city by Great Plains standards; it had both a Target and a Walmart. We crashed at a Holiday Inn for the second straight night, which both times was side-of-the-highway luxury at a discount.

We left Salina prepared to drive 12 hours to Columbus, where we needed to be by 8 a.m. to sign mortgage papers and pick up the keys to our new home with horrendous carpet. I could have scheduled the meeting for later in the day, but after going through the 45-day mortgage application process I wanted the keys in my hand, in case the funder were to change her mind.

We were on the road for less than an hour when we get pulled over. Respect to the patrolman, he was pretty slick. He had just finished writing someone else a ticket and happened to pull behind us. I got over to let him pass, which he did, before slowing up to see my plates.

I assumed the position—hands on the steering wheel—and prepared to speak Standard American English. His first question: “Do you know why I pulled you over?” Amber, ride or die but also nervous and shaky, began to shake her head no, which was part of the plan I had just devised. However, I had mentally called a last minute audible and caved like one of the fools on the The First 48 who lack enough sense to get a lawyer. “Yes, our tags are expired. We just noticed yesterday…”

Then came a series of questions, as the officer searched for something to be suspicious about. “Where are you going? Why? What do you do for a living? Where are you coming from?” He asked for my license and insurance. I had the former but proof of the latter was also expired. Amber tried to log in to Geico on her phone to get our most recent insurance card. We forgot the password. She asked if she could call, and the officer walked back to his car to run my information.

By the time he came back, Geico had emailed an updated insurance card. I thought he would let us go without a ticket. Bad haircut and redundant questioning aside, he seemed like an OK guy. It didn’t happen. The ticket said my fine was $60, plus a $108 administrative fee, i.e., $108 for someone to press a button on a computer!

I considered paying the ticket, at least the violation portion, but we got the house the next morning. Now I can let my credit go back to being its average self. 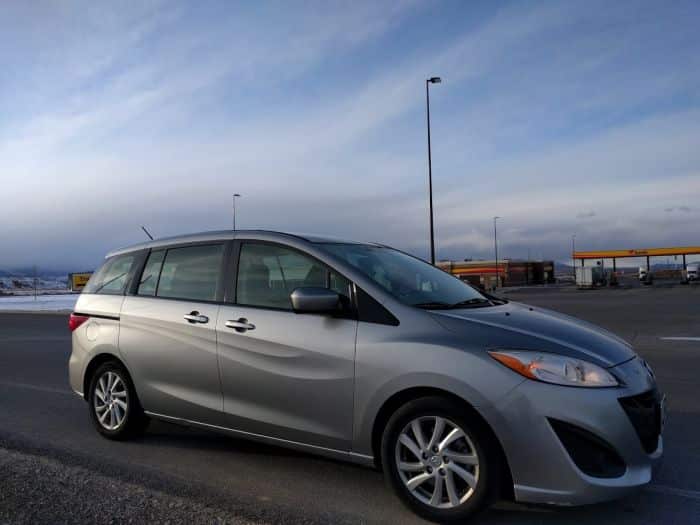 Congrats and commiserations on your return to Ohio! I wish we had better weather to welcome you…

Thanks! Not bad so far. Glad it appears to have changed.