Home Parenting Be Warned: The Third Baby Is The Game Changer

Be Warned: The Third Baby Is The Game Changer

Each child is unique and the same can be said of my thoughts when learning of their upcoming arrivals. Our first pregnancy: “Woah! That’s cool. I think we both subconsciously wanted a baby, which is why we chose to fornicate so naturally.” Eighteen months later, our second pregnancy: “That was quick. Didn’t the doctor say you probably wouldn’t get pregnant while breastfeeding…or did I read that online? Whatever. Should be fun.” Fifteen months later, when we found out we were going to have our third child: “Man! Again?”

Our third child, Baby Larke, was born in 2014 and the changes were immediate. We bought a minivan, though I continue to insist it’s a sport wagon. It has three rows and three baby seats and smells like baby pee. We also turned a guest room into a baby room, which made sense because friends tend not to stay the night when you’re running a baby mill.

Larke’s arrival has also led to a sharp increase in baby brawls. Here’s the issue: My wife has these nice thingys that protrude from her chest area and produce milk. They’re called “breasts,” a simple term that does not denote their complexity and versatility. Larke, like his brothers, was fed by said breasts as an infant. The problem was that his brother Ca$$ius had partial breast rights prior to Larke’s birth, only to be weaned on account of being a biter.

Ca$$ius was left with a bottle, such a subpar imitation of the real nip, as his runt brother suckled that which had been taken from him. The result? Eternal beef between the two, as demonstrated through Worldstar-worthy fights now that they have learned to slap, pull hair, choke, and occasionally smack each other in the nads. Oh yeah, even at 4-years-old Ca$$ius still claws at my wife’s armpit and titty for comfort, or maybe spite.

But simply being outnumbered has been the biggest change. Parenting is more of a physical job than I anticipated. You have to chase kids down because they like to steal cell phones and take off running. They also have temper tantrums where your only option is to ignore or restrain with a full-body jiu-jitsu lock. And of course you’re going to go with the jiu-jitsu move because revenge feels good.

Also, when you’re outnumbered by kids you have to be physically strategic. Like, if they’re all running away and acting a damn fool, you may have to capture one, trip the other, and yell at the one who listens. In our case the listener is the oldest, Nile. I can give him the deep-voiced “STOP!” and he’ll get it together. Probably because he’s the first born and realizes we’re capable of making irrational parenting decisions when angered.

Despite all the changes that came with having a third child, I wouldn’t trade The Larke Experience for anything, not even for one of Beyonce’s new babies. He completes our family and is our most reasonable kid. You tell him something and he internalizes it before replying with a simple, “Oh.” And he’s tough. He has a solid haymaker slap and won’t back down from a long sibling argument about, say, whether people are animals.

I imagine parents with more than three kids, especially parents from the days not long ago when families raised tens of children due to the lack of available birth control and the need for free labor, are like, “Three? Big damn deal…” And there’s some truth to that. I look back at our brief days with only Nile and have trouble understanding why I was ever stressed and forced to take up marijuana.

But most of us modern-day parents and parents-to-be should be warned when considering whether to have a third child: The Third Baby Is The Game Changer. 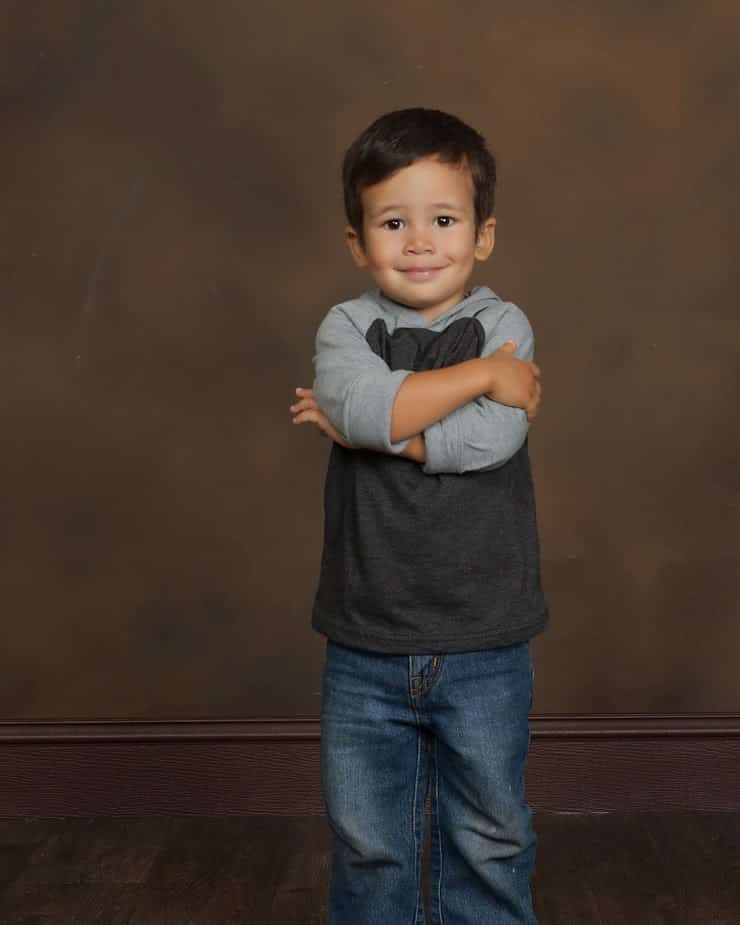 What Did Ca$$ius Bring To His New School? Side-Eye!