Home Parenting Is There A Normal Age For Potty Training? (Or I Am Just Tired Of Wiping His Butt)?

Is There A Normal Age For Potty Training? (Or I Am Just Tired Of Wiping His Butt)?

Is there a normal age for potty training? Probably not. Kids develop at different rates and some may not have the benefit of being co-parented by the omniscient Daniel Tiger. But for our most recent and likely last toilet tutelage, having our 3-year-old say, “I gonna pee in my pull-up. I never gonna pee in the potty,” was a good indication that he was past ready. So we thought.

Potty training our first two boys was easy. We let them walk around bucknaked and use the bathroom where they pleased. During each splash or splatter, we’d rush them to the toilet. Afterwards we’d gently remind them to use the toilet on their own. Then we would celebrate with song and dance if they at least tried: “Nile peed in the potty/Nile peed in the potty!” Within a week they had it together. And they’re still proud. Even today when nature calls they announce, “I gotta pee-pee! I gotta boo-boo!”

(Nighttime training is a another issue. We were and are always washing pee sheets. I actually feel responsible for California’s water crisis. Ohio, we’re coming for you next.)

But back to our 3-year-old. He got the peeing down after a couple weeks and skipped the potty for the “big people toilet.” But the deuce dropping has taken him awhile. He’s always been sensitive about it. Even as 2-year-old he’d go in a private room to push out a load into his diaper. If you got near he’d yelled, “Get AWAY!”

Now if he feels a load coming on he runs around the house, as fast as one can with a turtlehead peeking out, and has a fit if you try to take him to the toilet. Eventually the load ends up in his underwear, in which case my wife and I avoid eye contact wait for each other to volunteer for the cleaning.

My first thought was maybe he’s in pain. But numerous stool inspections proved he was benefiting from a well-rounded, high-fiber Trader Joe’s diet. Then I figured the big people toilet was introduced too soon. Still, he insisted on using it and the toilet and footstool made it size-appropriate and provided leverage for pushing.

It turns out that it just wasn’t his time, and maybe there’s no normal or age-appropriate time to potty train. So we let him run around in circles and scream and do his thing, only intervening right before we thought the turd was about to crown.

And yesterday, it worked, though it took a little on-toilet counseling and candy and water. Now he’s feeling accomplished. Ask him about it and he’ll tell you, “I boo-boo’d on the potty ALL by myself.” 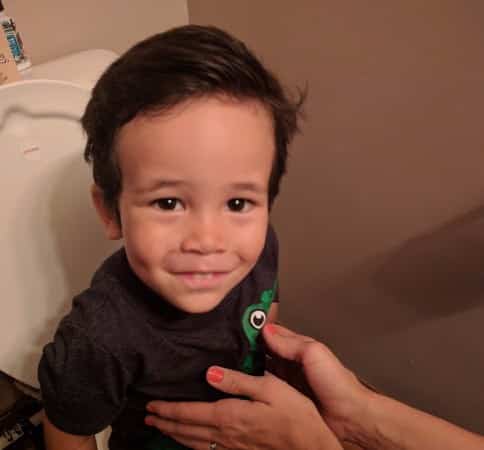 Look at this strange gathering where unmasked ppl sling airborne particles at each other. Doesn't seem real. https://t.co/PnVcKJOLhl

Reply Retweet Favorite
I like getting tens of #GOTV texts each day. Write back and they hold interesting conversations. Easily as friendly… https://t.co/KxD2G8XvXS

Reply Retweet Favorite
A relationship and a situationship. https://t.co/SMvvid3Jsj

Reply Retweet Favorite
Looking at friends' weekend pics, like, you pretty much went to a covid party, huh? You won't get an experimental drug cocktail, sir!