Home Parenting Should I Be Teaching My Kids How To Fight (And Punch Fast Like Hector Camacho)? 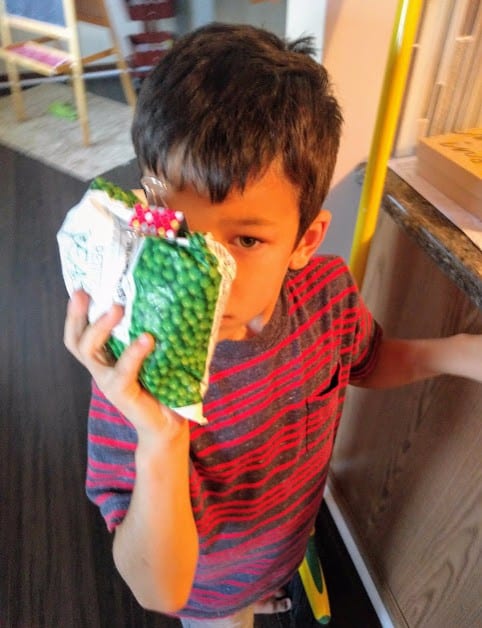 In kindergarten I won the Monopoly tournament and temporarily overcame a stutter to have a brief speaking role in the class play. But if you ask my mom, she’s most of the proud of the moment when I wha-wha-wha-WHOOPED! some kid’s ass.

Now, I don’t remember the incident, it was more than 30 years ago. But I guess I went into a murderous rage after some little boy bullied me. As my dad would often tell me to do, I punched him “fast like (Hector) Camacho.” My teacher, Mrs. Level, a sweet lady who liked to tuck her gut in tight slacks, would later tell my mom that she let the fight go on because she was so surprised and happy for me.

But this ain’t the wild ass ’80s. We (aside from Roy Moore voters) have progressed as a people. And I’m conflicted as to whether I should be teaching my kids how to fight.

So far, I’ve been sending mixed messages by saying, “Hit him back if he hits you first.” But their little undeveloped minds can’t process past the “if.” They hear “hit” and think it’s fine to physically punish anyone who angers them, which leads to a situation like I have at home: three unruly boys ready to set it off at the slightest hint of disrespect. And me, standing there yelling, “I TOLD YOU TO STOP HITTING!” But Dada you said…

The good thing is that they don’t hit outside of home, though my two youngest make up stories about “taking down” some preschool classmate who’s sometimes described as a bully and other times said to be a friend. But honestly, there have been times when I wished they would attack.

I was recently tiring my kids out during our monthly McDonald’s playground trip. Some little unsupervised kid, probably about 6 or 7, pushed my 4-year-old and tried to stop my almost-5-year-old from going down the slide. They ran and told me, “He’s being a bully!” I suggested they ignore him and play on the other side of the playground. They did, but the annoying little boy, seemingly high on Coke and possibly a steroid user, followed them. My boys ran to me two more times and said he was still hitting. I was fed up, and plus I wanted to play on my phone in peace. So I said, “That’s enough. If he pushes you again, smack him in the face as hard as you can. Both of you!”

They looked at me like, “What the f**k, Dad!” The oldest of the two said, “If you smack somebody in the face, that will hurt him, Dada, and we will get in trouble.” The youngest confirmed this with an angry “Yeah, Dada!” Well hell, y’all do it to each other all day. Now y’all wanna be logical and more adult than me? Anyway, the bully’s dad returned (Pops looked exhausted, as if he had just finished taking a long dump) and got him straight.

A few nights later, I was reviewing my decisions as a dad, as I tend to do when my wife’s asleep and there’s nothing new on the Late Night section of my HBO app. I thought about it more and my temporary pro-violence stance seemed to be based on the commonly held assumption that every boy or man faces a fight which they can’t avoid. And at that moment I wanted to prepare my kids for that…way, way too early: “I’m telling y’all, even though you’re 3 and 4, it’s REAL in these McDonald’s streets!”

But I’m not sure this idea of an unavoidable fight is realistic. I’m not very good at scrapping, but I’ve been in a few, and all were preventable had it not been for stereotypical male ego and hubris. To put it plainly, we men fight about dumb shit.

So now I’m trying to figure out how to better raise emotionally intelligent kids who can understand the distinction between a real physical threat and excessive pride. In the rare instance they encounter the former, I’m sure they’ll be able to handle themselves.

Just this week, Ca$$ius, who lectured me at McDonald’s about how hitting will hurt people and get him in trouble, angrily tried to smack me in my face after I laughed at him for farting.

I guess I had it coming.

Finding A (Near) Courtside Ticket To See LeBron For About $50