Bourbon, Bridges, And Muhammad Ali: One Night In Louisville, Kentucky

When I think of Louisville, Kentucky, Colonel Sanders’ chicken comes to mind first. I’m not sure that’s a good thing. The chicken has become decidedly subpar over the years and I wonder if the secret recipe involves letting it sit on warmers for hours on end. If the good colonel (who’s honored with a bust at his Louisville grave site) knew about the quality of his creation, he’d have a fit. But I’m sure there’s a lot more to Kentucky’s largest city than chicken, and last weekend I gave myself one night to find out.

The Good, Cheap Food and Drink In Louisville
According to NBC News, Cubans are the fastest growing minority group in Louisville. Who would have thunk it? So naturally I went looking for real Cuban food. I found El Sabor de Cuba (7200 Preston Highway) in an otherwise nondescript part of town. Having visited Cuba, I could tell El Sabor’s food was the real deal. Our first waitress didn’t speak English and the in-house karaoke band was way too loud. That’s authenticity. As for our second waitress, we asked what beer they served, and she said “Two Equis.” I’d say translating “dos” is going above and beyond and also hilarious, though my wife Amber would want more credit for her elementary knowledge of Spanish. Anyhow, the portions were huge, so we shared a plate of ropa vieja, which ran us $11. 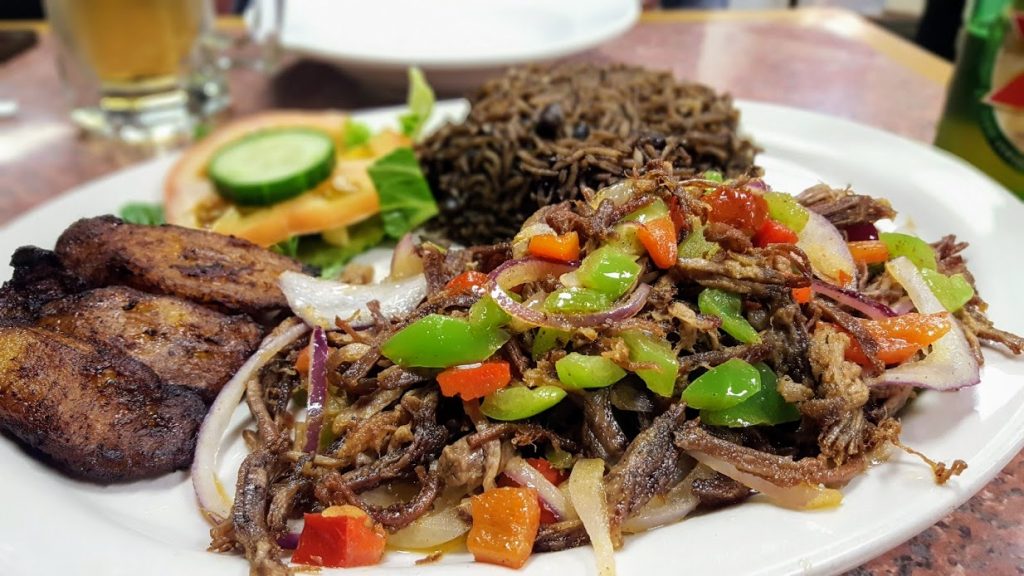 We also had some pork tacos with pickled onions and radishes from Mayan Street Food, a food truck located in the back of Gravely Brewing (514 Baxter Avenue). After 15 years in San Diego, I’ll never get used to taco price inflation ($8 for two tacos), but the taste was up there, if not better, than anything I’ve had in So Cal or Baja California. As my friends in Daygo would say, “Those tacos were LEGIT, bro!” By the way, Gravely Brewing serves a pretty damn good stout. 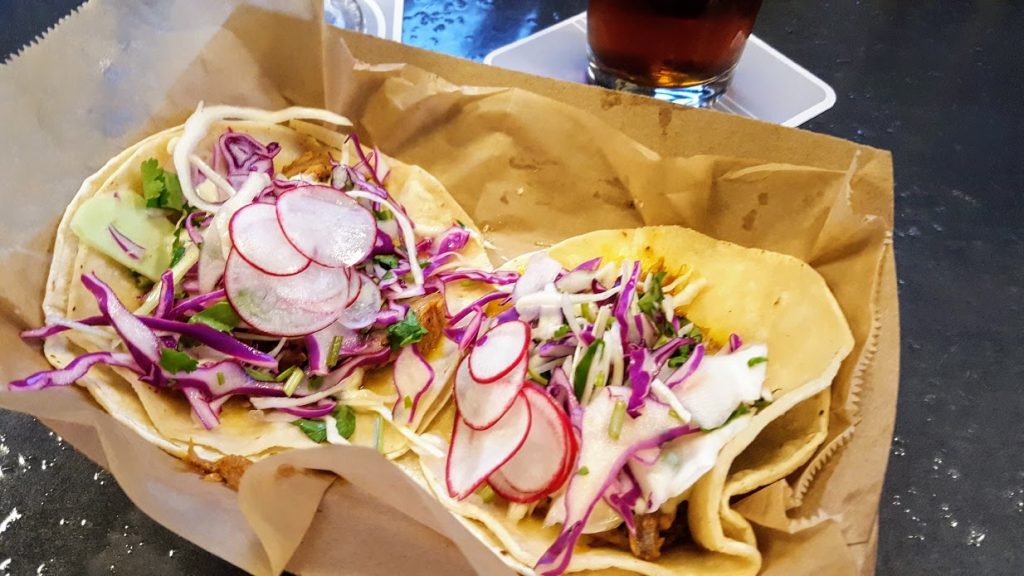 Our last full meal was at Southern Express Soul Food (418 West Oak Street). Full disclosure: Southern Express is not well-kept. The restaurant is in a rough part of town. How rough? The dollar store across the street has security. Which goes to say, don’t let Louisville’s revitalization fool you, as it masks the poverty surrounding it. It is still a gritty city. BUT! The food at Southern Express was almost as good as my mom’s, and every item was only $1 each. The fish is made to order (perch, maybe?), and everything else tasted fresh, including the collard greens. Two plates of food and a can of Sprite totaled just $8. 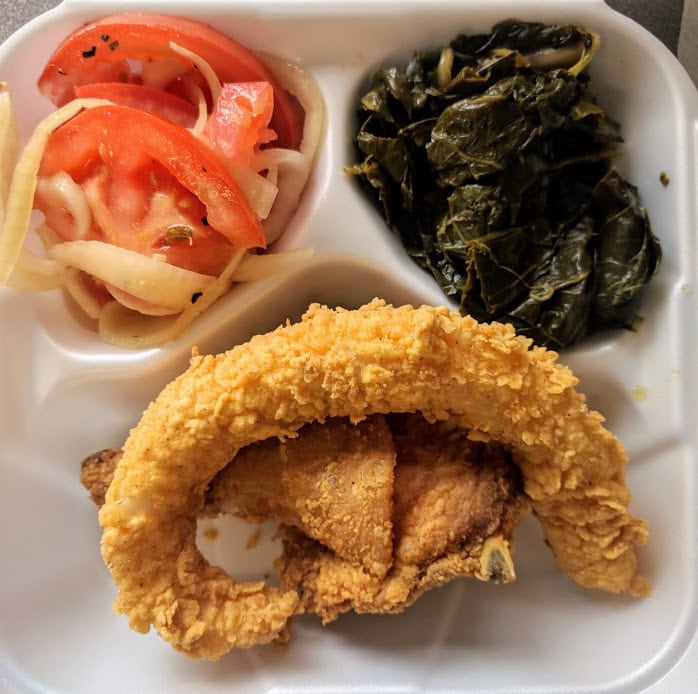 We tried to go bourbon tasting at the Jim Beam Urban Stillhouse, but they refused to serve us. They’re open to 9 p.m. and we arrived at 8:08 p.m., apparently eight minutes after their last tasting. They didn’t seem too enthusiastic about even acknowledging us in the first place. Oh well…

From there we found Taste Fine Wines and Bourbon. We shared three tastings for $20, and they even threw in a free tasting of Cassius Clay Straight Bourbon Whiskey (named after the abolitionist), namesake of Muhammad Ali and our second son, Ca$$ius. The owner and staffer provided a beginner’s lesson on bourbon. What I mainly took away from the experience is an appreciation for sipping bourbon, which I intend to do much more frequently from here on out. 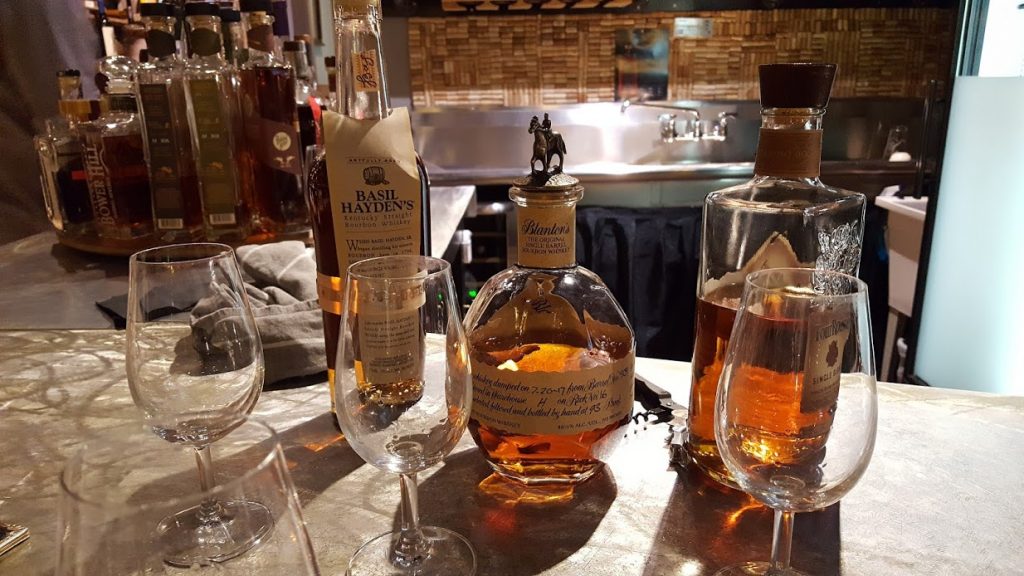 Doughnuts are Amber’s thing. All I know is that we spent $6 at Hi-Five Doughnuts (1011 East Main Street) and left out with just a thick ol’ doughnut and a coffee. But from the way I saw her throwing down, it was worth it. 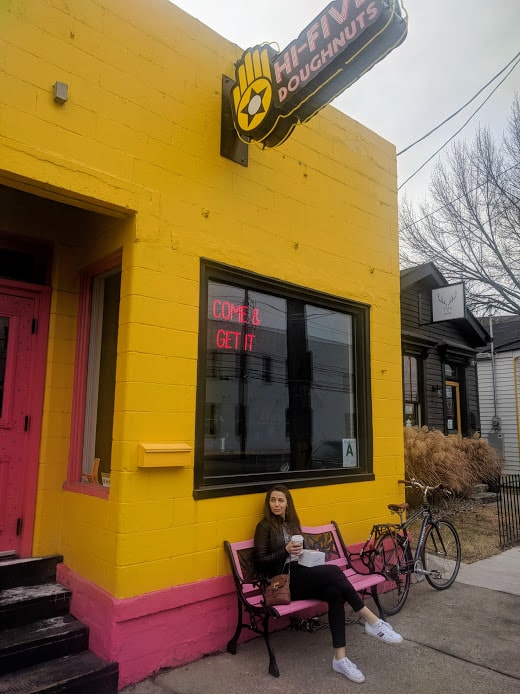 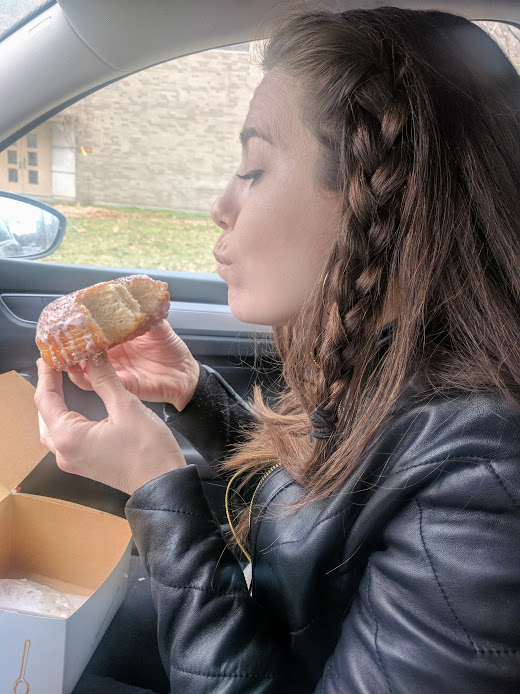 Free and Almost Free Things To Do in Louisville
The Muhammad Ali Center is a museum dedicated to The Greatest, but I wouldn’t call it the greatest museum. It’s small, though the exhibits are interactive and include interesting tidbits about Ali’s life. Admission is $12 for adults, but I found a buy-one-get-one-free coupon online. I’d say $6 is fair. It took us about an hour to go through the exhibits, and about 10 seconds for me to get winded in the ring. 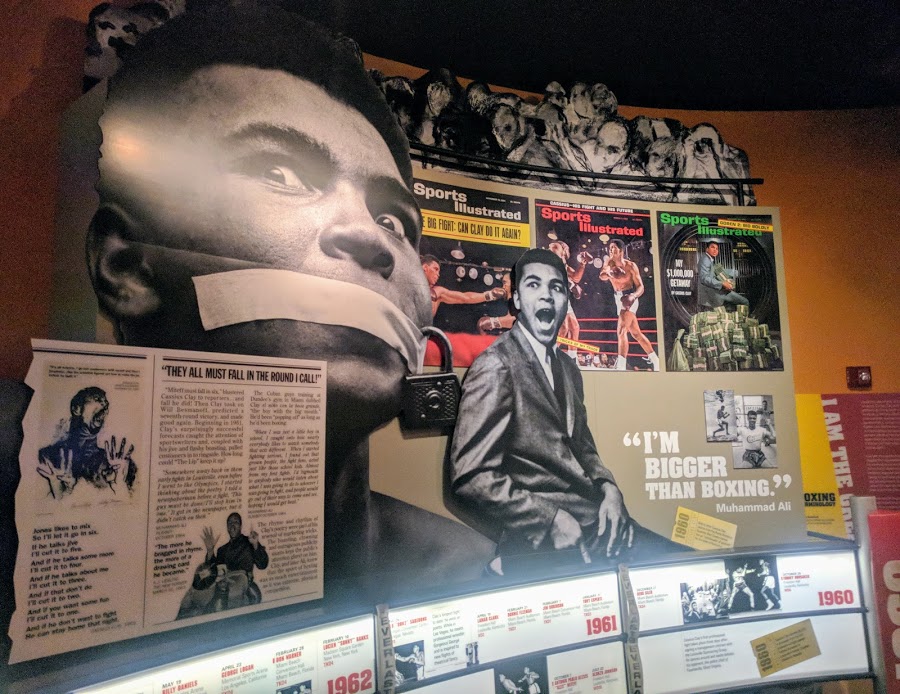 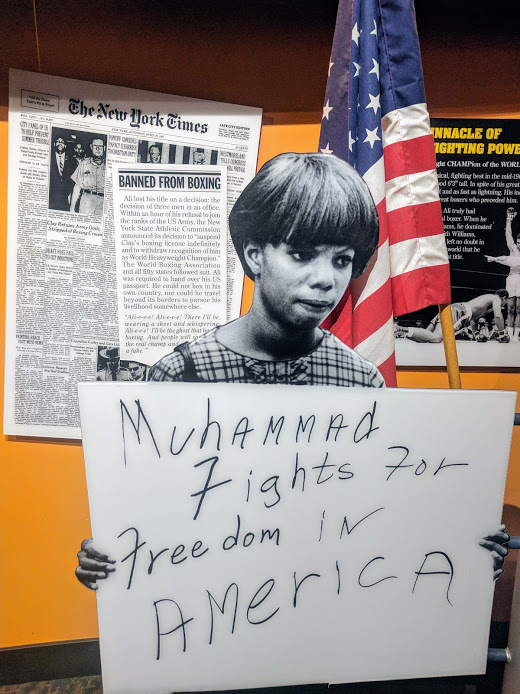 We also made a stop at Muhammad Ali’s childhood home (3302 Grand Avenue). It’s been renovated and was open for a brief time as a museum, but it’s since closed and there’s talk of moving it to a major city. For now you can just drive by, stare, and be somewhat intrusive to neighbors. 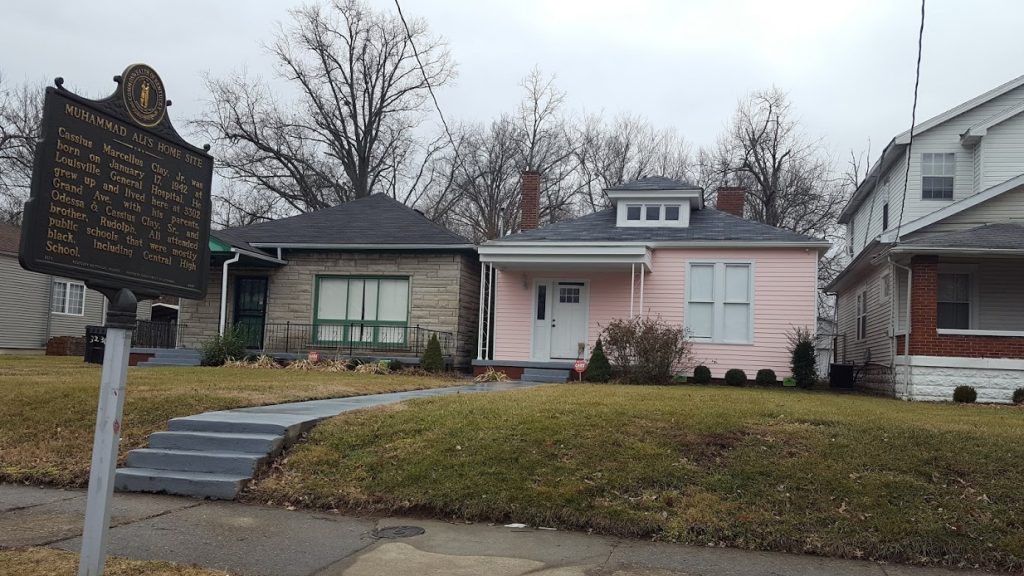 Louisville’s Lincoln Memorial is located in Waterfront Park (129 East River Road), which runs along the dingy Ohio River. Funny enough, as we were looking for the memorial I said to Amber, “I don’t think I’ve seen a interracial couple here…I don’t think I’ve seen any black people here.” Just then a black woman walking though the park said hello. Honest Abe is looking down on a brotha. 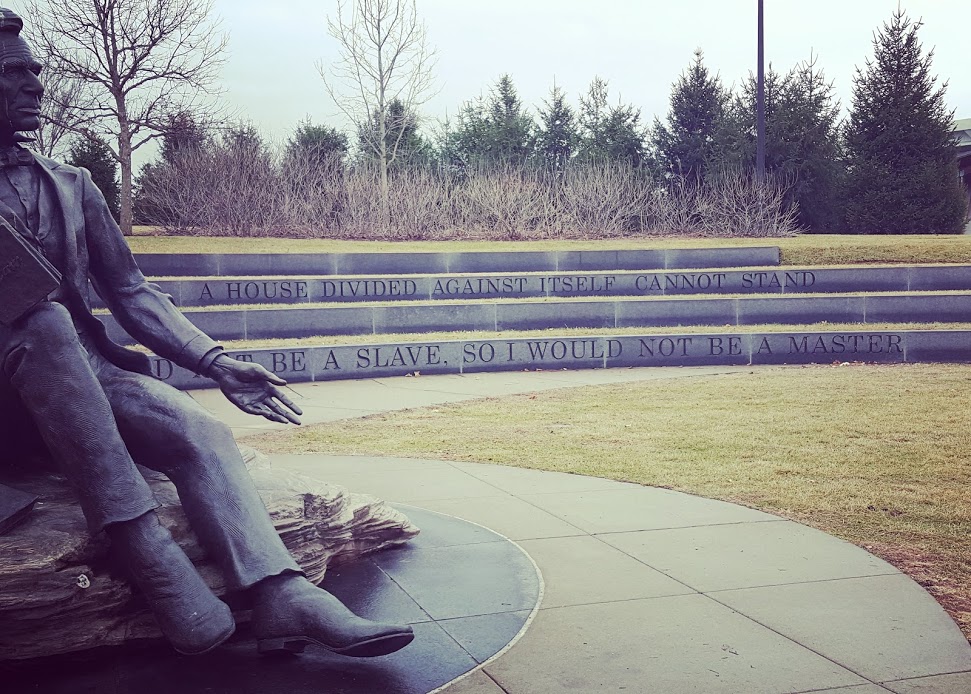 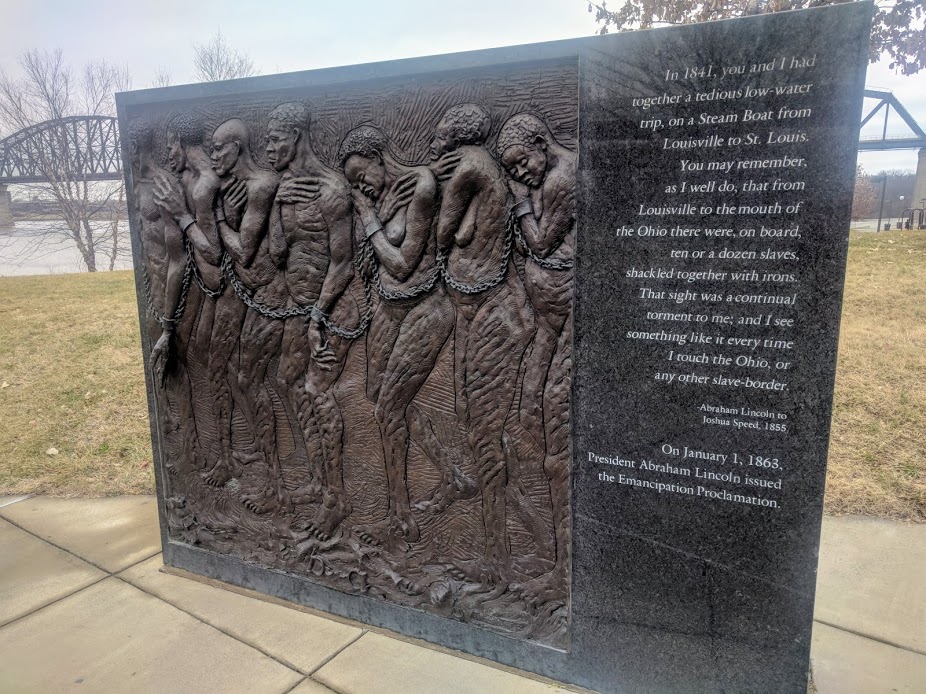 The Big Four Pedestrian Bridge takes you over the river from Louisville to Jeffersonville, Indiana. It’s about a half-mile long and offers a good workout if you sprint up the stairs and/or jump off it and swim across. I’ve been told that it’s a great place to shoot photos for the cover art of your next mixtape. 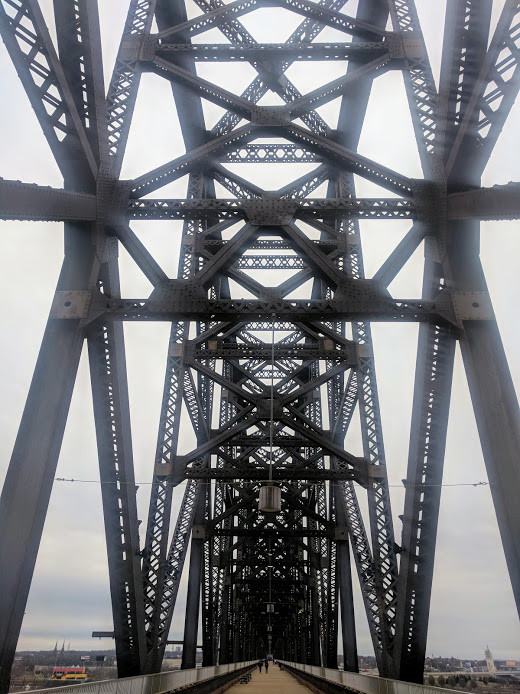 Louisville’s Kentucky Rushmore mural recognizes Muhammad Ali, President Lincoln, the big homie Colonel Sanders, and the racehorse Secretariat. It’s in the Highlands neighborhood, which is the longest stretch of hipsterism I’ve seen. Shopping and food spots and cool people hangouts run at least a couple miles down Bardstown Road. The area is also home to Cherokee Park, which, as the locals will enthusiastically tell you, was designed by the same guy who designed New York’s Central Park. It ain’t no Central Park, but it is large and serene. 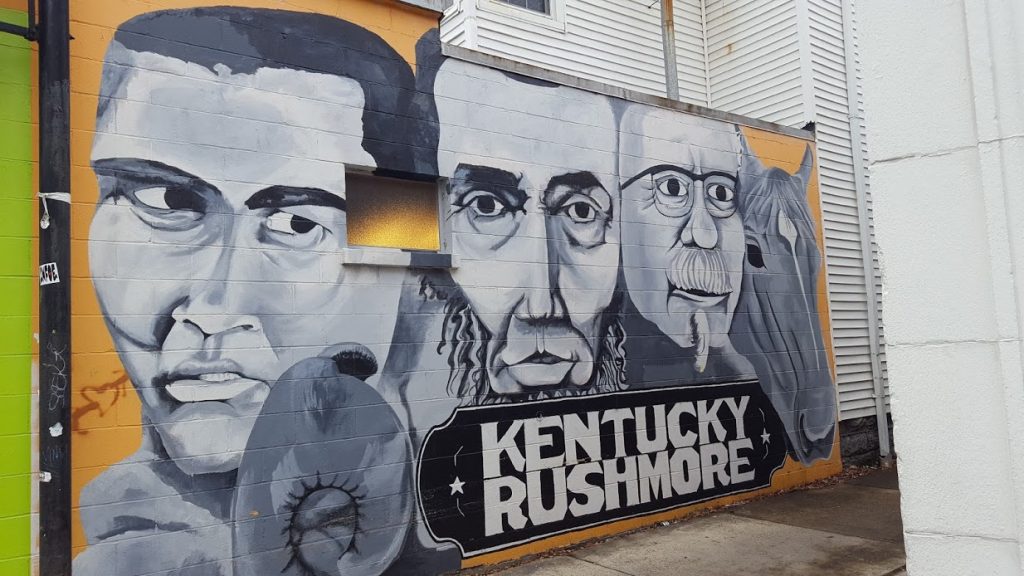 Where To Stay (Or Not)
We stayed at the Sheraton Louisville Riverside Hotel, which is actually across the bridge in Jeffersonville, Indiana, though central to downtown and the happening areas. We paid $82 for it through Hotwire (listed as 3.5 star hotel, Downtown Louisville) and they probably should have given us half it back. The hotel’s nice, but it’s pet-friendly and there was dog hair all over our comforter, which smelled like armpit, and not my pits cause I wore deodorant that day. The manager did give us 1,000 Starwood points, but I would have rather had a partial refund, holmes.

My Final Rush To Judgment
Louisville seems to be a Midwest-Southern hybrid city with some of the best and not-so-good qualities of other comeback cities in both regions. I’d definitely visit again, maybe check out a University of Louisville basketball game or go bar hopping in Nulu and the Highlands. We planned to do the latter, but we ate too much and fell asleep around 10 p.m. (And to think I was just talking stuff about how I feel 21 instead of 38.) Next time for sure! And considering we’re just two hundred miles away, there will be a next time.

Leaving California For Ohio: Reflections After One Year