My love affair with Walmart lasted close to 20 years. Almost every day I’d visit to buy a little bit of nothing, more so out of habit than need. Late nights, when it transformed into Club Walmart, I’d go to people watch, picking up Junior Mints and frozen mussels after kickin’ it in the electronics aisle. I felt proud when my primary Walmart from 2011 to 2017, store number 3516 in Eastlake Chula Vista, California, known for its organic food and yoga-pants-wearing shoppers, won Walmart of the Year.

Even while traveling Walmart was one of my first stops in a new city. It gave me a feel for the locals, and like the Greyhound station, it was a fair representation of Real America. But I’ve realized no matter how much I love-ded Walmart, it was an unrequited love. And now, I’m done with ’em. As of January 15, 2018, I will never shop there again. Here are my reasons for boycotting Walmart.

For one, the customer service has become terrible. The store greeters don’t even say hello anymore. I look at them and think, “Yo’ ass got one job to do! And that’s say hi! Can I even get a head nod?”

And it gets worse once you get past the greeters. Just a few weeks ago I was at my local Walmart trying to buy a bottle of wine from their alcohol clearance rack. The regular price was $17, but it was marked down to $9. However, it rang up as regular price. I told the associate who was overseeing the self-checkouts that it was on sale. She insisted it was not. I asked her to follow me to the aisle so we could check the price tag together. I mean, I know my discount wines. She refused. We went back-and-forth and then she got all sassy and said, “If you don’t like it, don’t buy it!”

I stayed calm and asked to speak to the associate’s manager, who confirmed–with an attitude because she had a line of people waiting–that the wine was, in fact, on clearance. But…they were unable to do a price change on alcohol. So they changed the price on another item I was buying to almost equal the difference. The whole episode was a waste of adrenaline and 20 minutes. These slights are typical of Walmart.

But this was just one of the factors that led me to divorce Walmart. A friend, who was also my former coworker and “work mom,” got a job at Walmart after moving out of state. She’s high-energy (despite pushing 70) and funny and of course hardworking. I know because I used to send her to the local jails and prisons to do health education presentations. That’s not easy work. Anyhow, she got injured while working at Walmart and management intimidated her into not filing a workers’ compensation claim. Her manager’s words were somewhere along the lines of “YOU WON’T WIN.” This, on top of the lack of benefits and peasant pay, leads to low employee morale, which in turns creates “If you don’t like it, don’t buy it!” customer service.

Lastly, Walmart’s just full of plastic. They provide customers the smallest and thinnest bags possible, knowing full well everybody’s going to double and triple bag groceries and everything else. This isn’t a problem in states like California where there’s a plastic bag ban and everyone brings their own (or pays five cents for a thick plastic bag). But for most Walmart stores it is, and they play a large part in polluting marine life and sickening the fish that I’m supposed to be eating. Man, don’t mess with my (sustainable) sushi!

So far, ditching Walmart has been surprisingly easy. Come to think of it, I should have left them back in the ’90s when they falsely accused me and my older brother of stealing. To make a long story that I’ve told before short, Walmart’s undercover security jumped him as he was leaving the store, pinching his nutsack to get him down. He ended up spending the holiday weekend in jail, where a bigger guy took his lunch. I got off because I was two weeks shy of 18, but not before some punk policeman threatened to “beat the shit out of (me)” if I ran. Thanks, Walmart.

Anyway, I’m buying my households goods from Target and groceries from Trader Joe’s and Whole Foods. Excluding the illustrious meat and seafood I get from the latter, the prices are comparable. And I’ll probably end up saving money because these stores close at reasonable hours and I can no longer make 1 a.m. impulse purchases. (Lawd, please don’t let me start shopping on Amazon at odd hours.)

So, Walmart, peace out. It’s been real and often real interesting, but I’m going to “Save Money and Live Better” elsewhere. Step your customer service game up, jabroni. 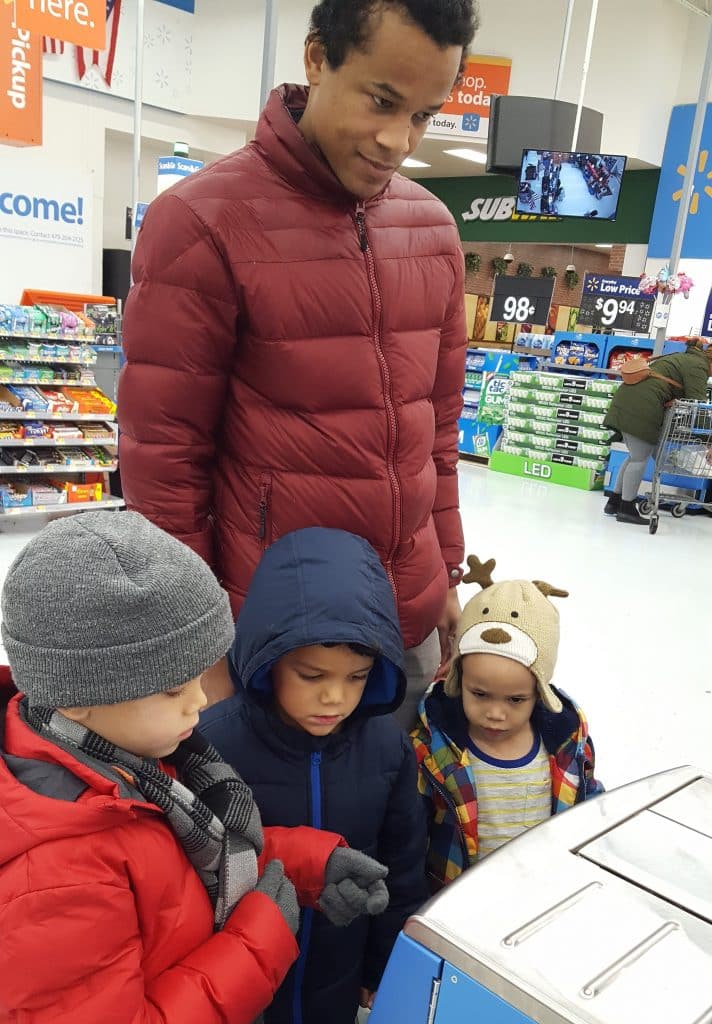 Bourbon, Bridges, And Muhammad Ali: One Night In Louisville, Kentucky