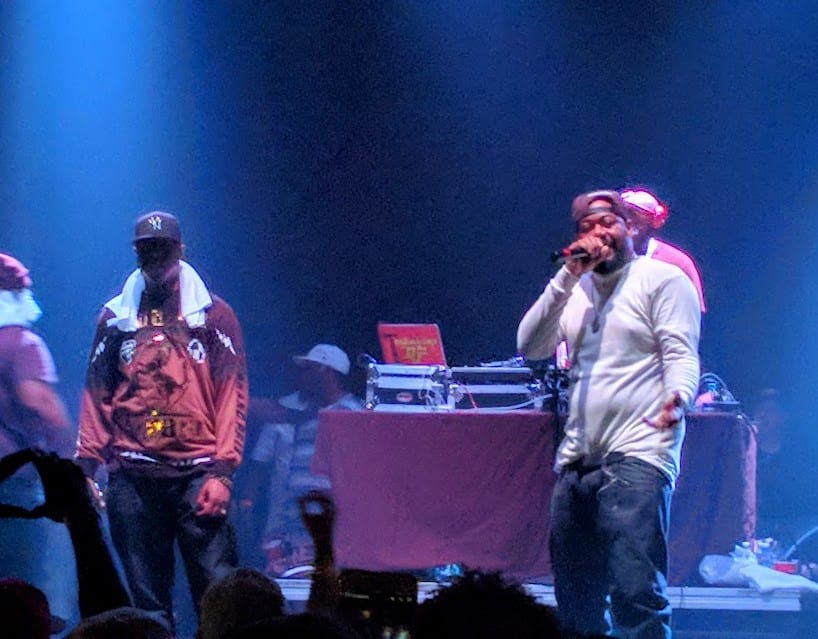 If you live near a major city there’s a pretty good chance a member of Wu-Tang will have a concert in your area every six months or so. Usually for around $25. Last night I saw my favorite Clansman, Ghostface Killah, at Newport Music Hall in Columbus.

Ghostface was joined on stage by Cappadonna, Killah Priest, and numerous hangers-on who comb his chest hair and ScotchGard his Wallys. He sped through verses from various Wu-Tang classics and performed snippets of songs like “Motherless Child” and “Cherchez La Ghost.” There were other songs that I wanted to mention in this post, but it was $3 beer night at the bar next to the venue and my memory is off from the $9 I spent in an hour. Oh yeah, Ghost invited fans on stage to perform Ol’ Dirty’s and Method Man’s verses from “Protect Ya Neck.” I raised my hand, but he chose someone else, which is a good thing because I saved myself the embarrassment of being booed off stage.

The crowd was made up of older dudes like me and a few younger people who listen to Wu-Tang and don’t just wear the logo t-shirt. The venue was a little musty, but I guess that fit the show. Plus it was the only concert venue I’ve been to that sells $5 drinks. Bonus: Newport Music Hall has a seemingly lax policy towards marijuana use, at least for the Ghostface show. I mean…you figure their college student security guards aren’t going to ask Big DaMarcus to put out his blunt.

Speaking of college students, school’s out at Ohio State for the summer. Had it been in session there would have had a lot more people in attendance. Still, the small crowd had a lot of energy, and Ghost did, too. Especially for a man who turned 48 last night. (Yes, the crowd sang “Happy Birthday.”)

If you’re interested in terrible audio and video from the concert, have a look at the video I shot. Also, check out the (adorable?) picture I took with Killah Priest. Thanks for the dad hug, bro. 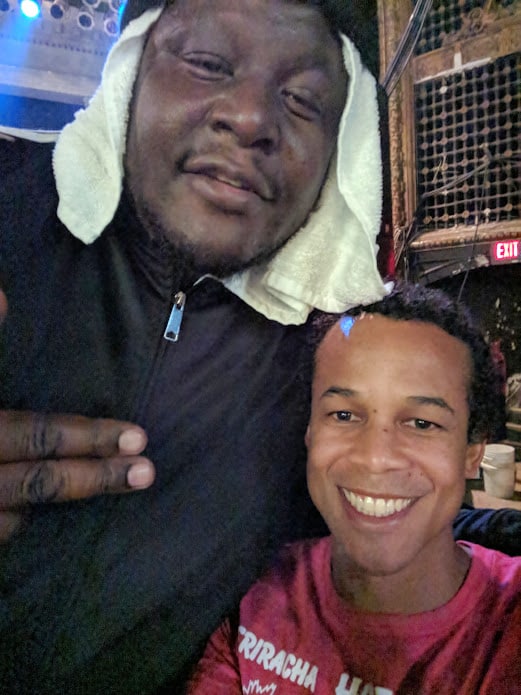