A Day Full Of Diversity And Street Art Throughout Detroit 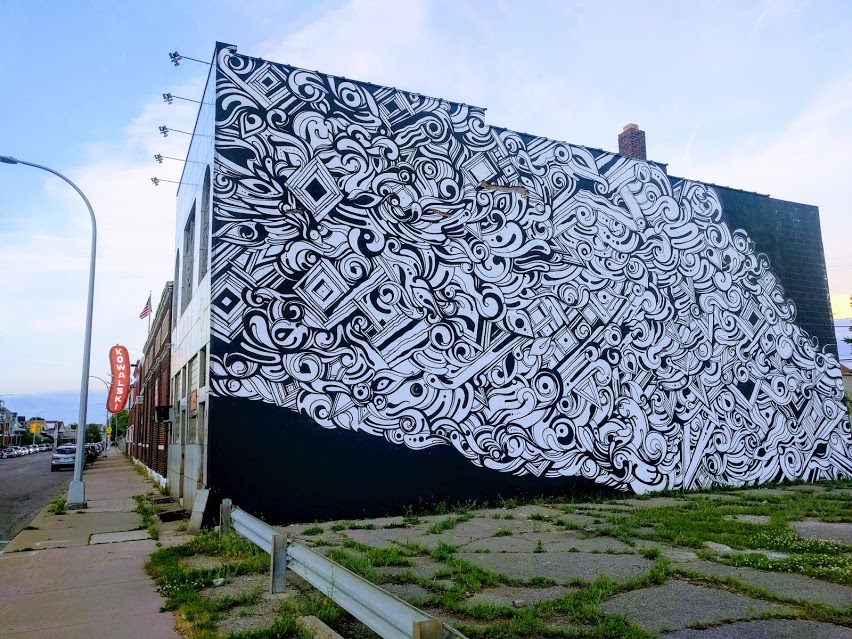 The plan was to start my short trip to The D at the world-renowned Detroit Institute of Arts Museum, but they “closed early for a special event, sweetie.” No problem. I made the short drive over to Lincoln Street Art Park, a mural and sculpture exhibit near a recycling facility and old industrial buildings. I was the only person there besides an teenager hiding out near the train tracks, but the art was fun nonetheless. I liked the mural below. It felt like I was looking at myself 40 years from. Maybe 20 if I keep messin’ with them ham hocks. 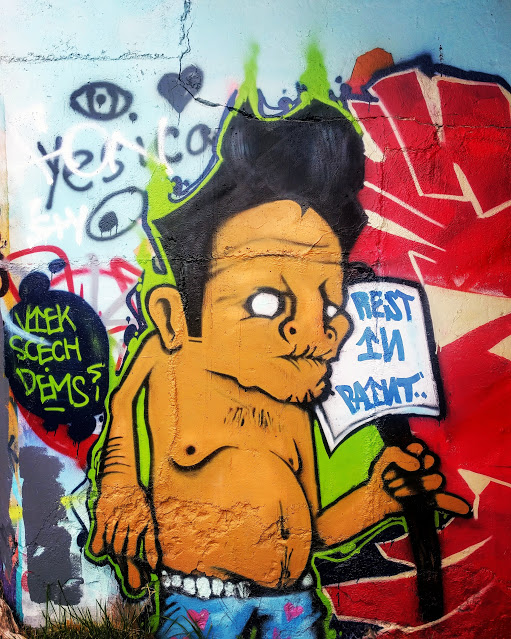 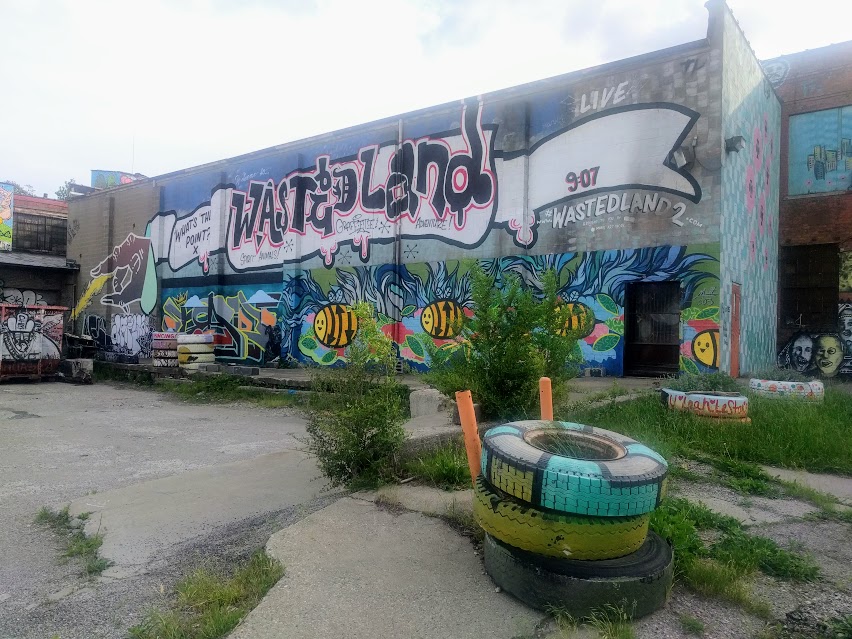 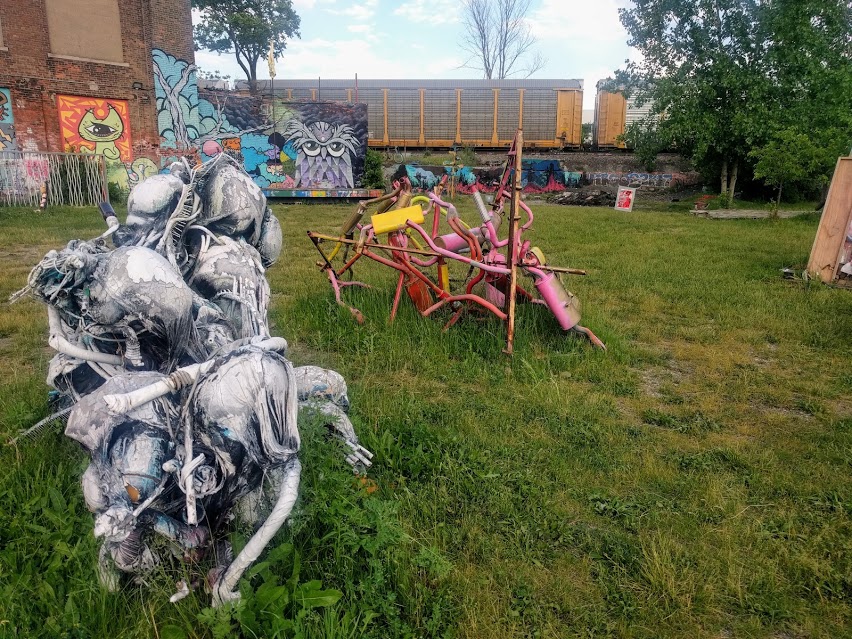 From there I drove to The Heidelberg Project, a residential art display in the hood. I felt uncomfortable just walking through people’s yards, but an elderly lady sitting on her porch smiled and struggled to raise her arm to wave. I took that as a sign that I wasn’t being too intrusive. The art was definitely bizarre and probably freaky if you go at night and see a bunch of dolls staring at you. 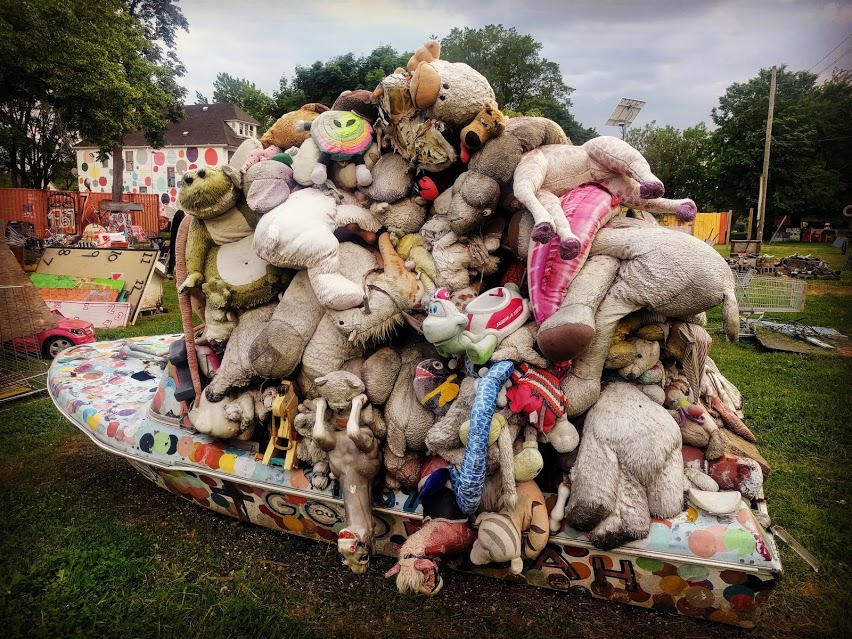 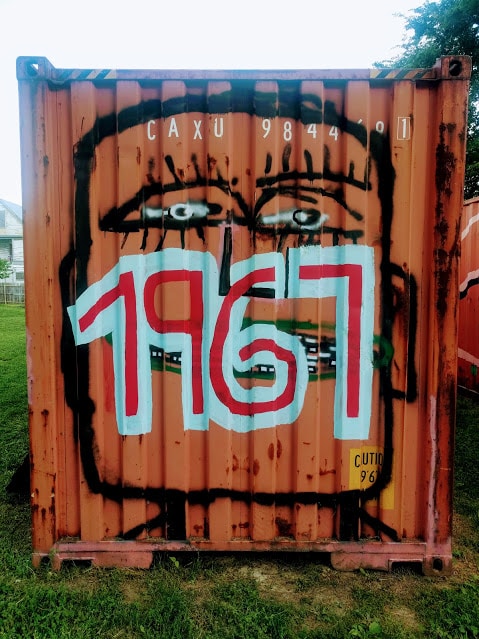 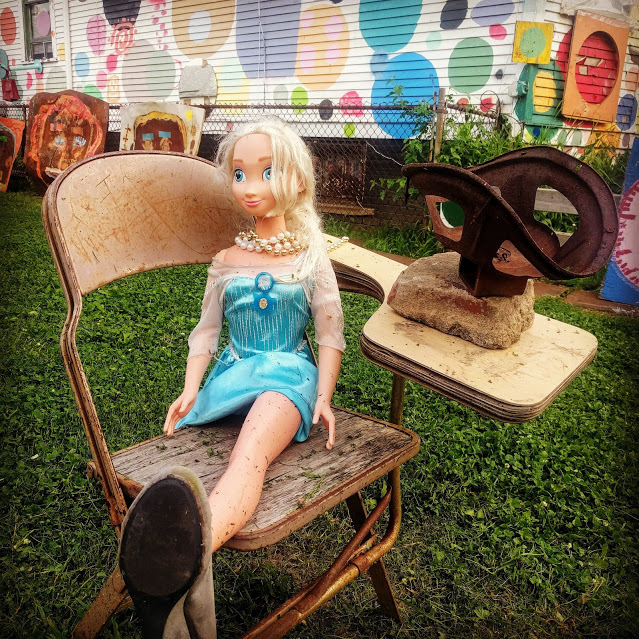 My next stop was Corktown, Detroit’s oldest neighborhood, which is being gentrified/revitalized. Having been to similar neighborhoods in Columbus, Pittsburgh, L.A., Cleveland, and so on, I found Corktown to be a bit quiet. I stopped at Batch Brewing for a stout (In The Dark) and a brown ale (Gentle Jack Jones). Great beer, but the beer and I were the only color in there. Sort of surprising considering I was near the center of a city that’s like 80 percent black. Man, “Where hath thou Neeegros gone?” Cool bathroom, though. A baby changing table with a vise grip? 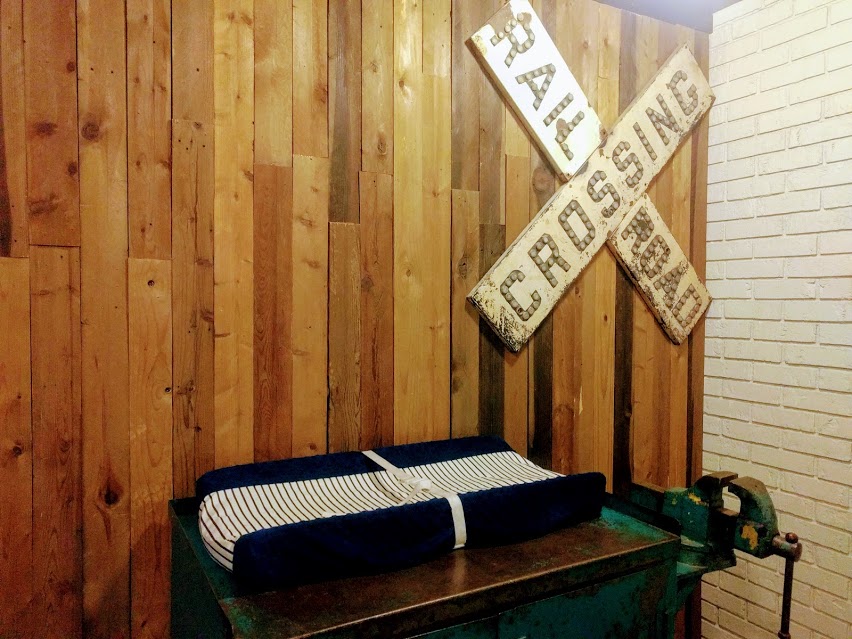 After Corktown, I went to Hamtramck, a Detroit suburb that was once a Polish neighborhood and is now the United States’ first majority Muslim city, primarily Muslims from Yemen and Bangladesh. I parked on Holbrooke Avenue and smelled sausages from Kowalski (a hot dog processing company) as soon as I got out the car. Then I heard the Islamic call to prayer, which has been a source of controversy in the city and has made the Fox “News” crowd irrationally fearful of sharia law being implemented. I don’t know…sounded cool to me. Whoever was reciting had a catchy voice like Future. 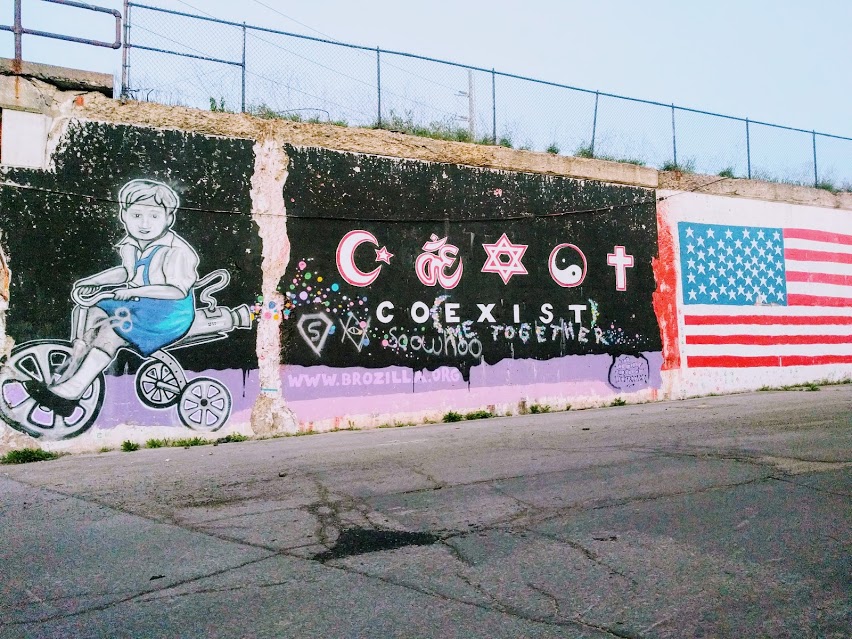 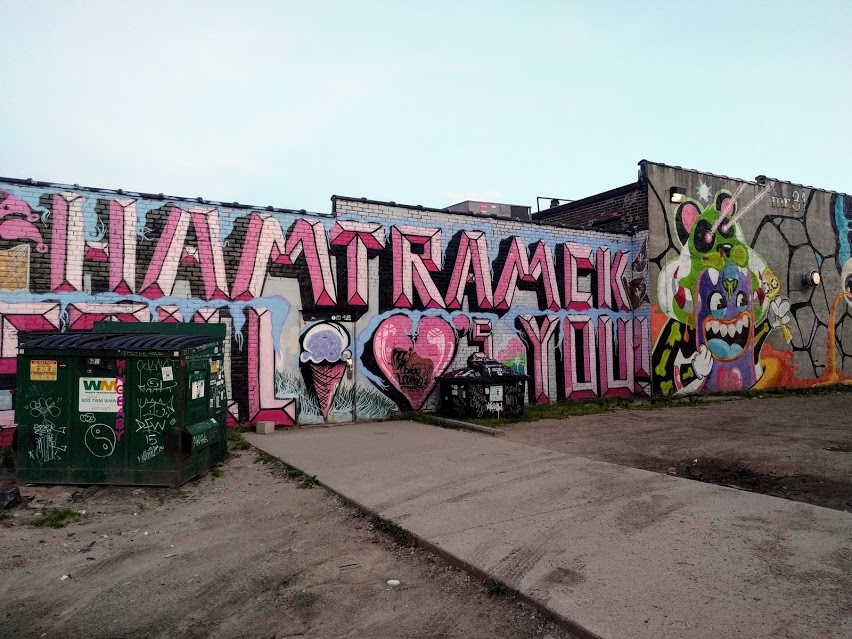 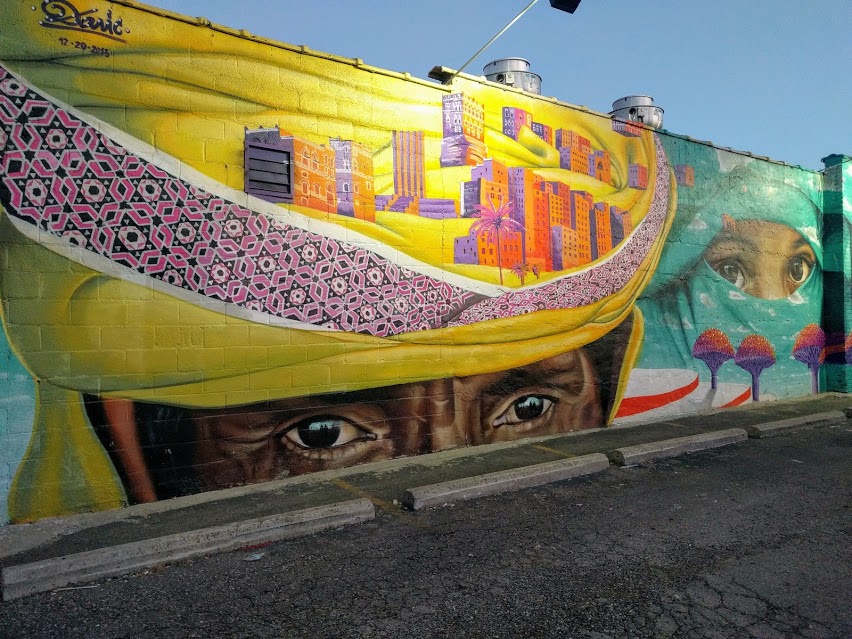 Dinner time was near, so I went to MIX Bricktown, a black-owned bar in Downtown Detroit. I ate some wings and broccoli while watching the Cavs game. It was house night and I could have done without the techno music, but the food was cheap and good and they gave me extra hot sauce. It’s the little things, man.

I called it a night and hoped to visit Mexicantown (yep, that’s the name of the Latino neighborhood) the following morning and maybe give the museum a second try. But prep for my job interviews and the interviews themselves ran longer than I expected, so I didn’t make it. But I did get the chance to walk through Sweetest Heart of Mary Roman Catholic Church, an extravagant church across the street from the projects. I’m not sure if they’re actually open for tours, but I looked official wearing a tie and a spiffy new irregular dress shirt from Marshall’s. The staff just waved and carried on as I walked through. 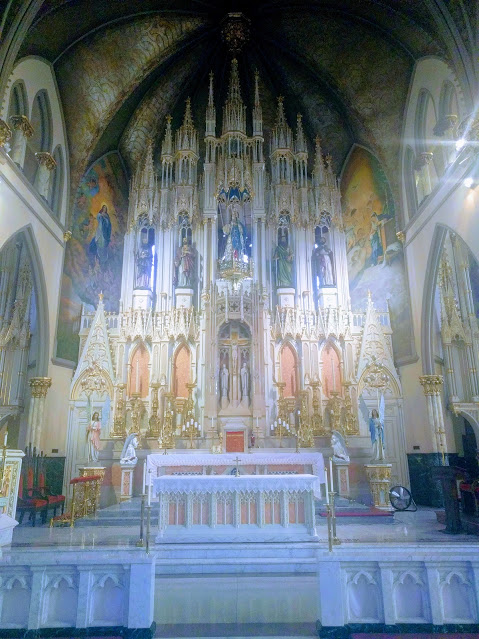 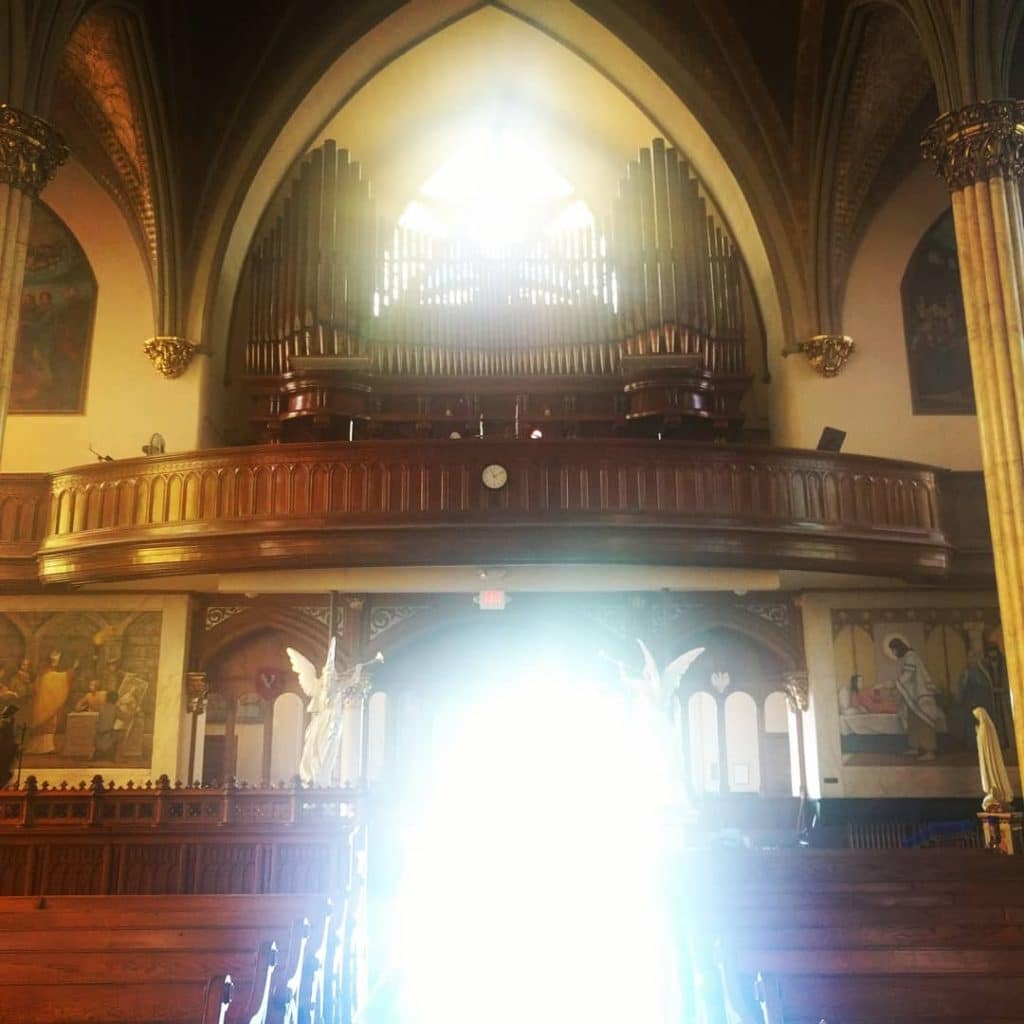 One Year Of (Expected And Unexpected) Home Maintenance Costs