The first time my now-wife came to my old apartment she was startled by my minimalism. I had a couch and some fig newtons. A few months later, she caught a flat in her little Suzuki Esteem while heading to her birthday happy hour. As the nice guy I was pretending to be, I drove up on my scooter and changed the tire. While doing so I noticed she had an entire Walmart in her trunk. Shoes, clothes, roller skates, tools, and tofu wrappers. Freaked me out! Her apartment, though neat and orderly, was similar. She just had a lot of stuff; well, to me at least. Stuff I’d never think to buy…like a globe and 12 different mixing spoons.

Eight years and three kids later, we’ve been able to reach a compromise about reducing the amount of stuff we have, driven by the mantra of “experiences over things.” Fewer things equals fewer dollars spent and less mental baggage. We’re not living off the land and drinking well water, but we have been able to minimize our lives in a reasonable manner. Here’s how we simplify life with a family.

The Best Car Is The Paid Off Car
I came across an article that said the average new car owner is making a payment of $535 a month for 69 months. According to the U.S. Census Bureau, the median American mortgage is just $1,030. So people are out here driving a half-a-house asset that’s depreciating each day. Hell, maybe two of ’em. After five long years of learning the hard way, thanks to buying a poor man’s Porsche that I couldn’t really afford, my goal was to: 1) not spend more than $15,000 on a car; 2) not have more than one car payment at a time; 3) keep our cars for about seven years. The result is that we’re not burdened with car payments, thereby freeing up money for travel and memory making and slacking off at work. And when I feel like we “need” a new car, I just give the old one a deep cleaning. Example: Our 2012 Mazda 5 minivan, which I like to call a “sport wagon.” It has 145,000 miles and we’ll probably drive it for 100,000 more. 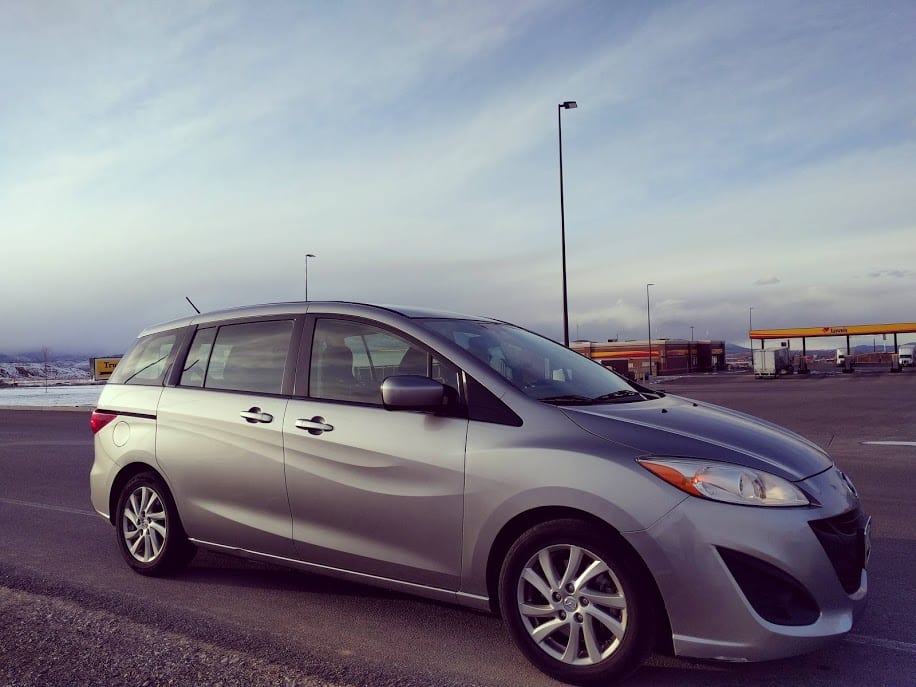 Netflix & Chill, Hulu & Chill, Amazon Prime & Chill…
We were early adopters of cutting the cord and I don’t think we’ve paid for cable in at least six years. There’s Netflix and chill, Hulu and chill, Amazon Prime and chill, and if that’s not enough we have a digital antenna so we can Dateline and chill. Oh yeah, we also buy and cancel the HBO Go app depending on when our favorite series are starting. We’re paying about a third of what cable costs.

There Is Civilization In Flyover Country
I spent 15 years in a high-priced city and mistakenly thought the stuff I was into (sushi, craft beer, nice places to walk aimlessly) could only be found on the coasts. Maybe that was true early on, but now–thanks, hipsters–you can find the same ol’ stuff throughout the country, all while paying much less for housing, taxes, gas, and food than you would in either of the coasts. No better way to simplify life with a family than sharply reducing what’s typically one’s largest bill. Of course there’s no ocean, but there are plenty of lakes and rivers. Just make sure you have a strong immune system to fight off the e. coli. On second thought…just try the local pool.

How Many Clothes Can One Kid Have?
I used to buy clothes just because they were on sale. So I ended up with a lot of ill-fitting pants and shirts that I didn’t love. Even worse, they were often from H&M, so after one wash they were “ridin’ my ass like some ’85 Wranglers” (Master P). Now every 3 to 4 years I buy a few things from luxurious-to-me Banana Republic. Quality clothes that last. I only have about five pairs of pants and seven shirts, and I tend to wear the same stuff, but it keeps life simple.

The kids and Amber are a whole different animal. She forms sentimental attachments with clothes–“I’ve had this for 10 years!” or “This was the first shirt we bought Nile when he was a baby…”–and I’m like, “Cool. He’ll never wear it again. We have a pic saved on Google Photos. Put it in the Goodwill bag.” Plus there’s the issue of hand-me-downs and gifts. It got to the point where each of our three kids had like 15 pairs of pajamas and probably 30-something shirts. Washing clothes wasn’t the problem, but when it came time to fold we’d have baskets of clothes sitting there for weeks.

The solution: Amber had a few big giveaways after listening to “The Life-Changing Magic of Tidying Up,” the house we moved into had a California Closet installed, and we started saying no thanks to all the nice folks that gave us hand-me-downs. Not that we didn’t get our use out of them, we did three times over, but we have enough to last us years.

I Wish I Had Worked More & Spent Less Time With My Family…Said No One
I know only one or two people who love their jobs, far more who just tolerate it for the money, and about an equal amount who flat-out hate what they do and where they do it. For us, work has never been a defining aspect of our lives. One of us will work full-time, and the other will work a part-time flexible job that allows time home with the kids. We’re able to do that by reducing the expenses that I mentioned. We’re not rich, but the bills get paid (mostly on time) and we keep our most valuable resource–time.

A Day Full Of Diversity And Street Art Throughout Detroit