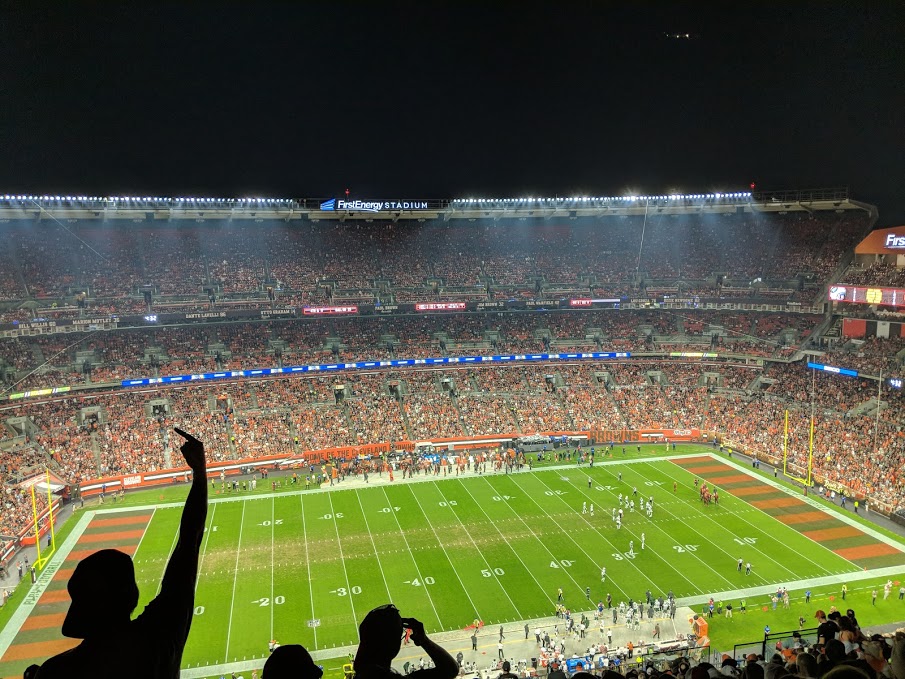 As of the start of this season the Cleveland Browns had won one game in the past two years. Having not won anything myself besides a kindergarten Monopoly tournament, I can relate to failure. So of course I still root for my hometown Browns. But enough talk about losing. This week I was fortunate enough to witness in person a possibly franchise-shifting Browns victory over the New York Jets.

I’ve seen Browns tickets as cheap as $5. Typically this is when they’re on a losing streak and it’s cold as hell outside. But the game versus the Jets was a little different. It was early in the season, the weather was good, and coming into the game the Browns were on just as much as a tie streak as they were a losing streak. The cost for my middle-of-the-field nosebleed seat with a surprisingly good view? About $75 via StubHub.

The first half was typical Browns football: predictable play calling and lots of punts. But the Jets were playing beyond expectations. Their running back, Isaiah Crowell, who actually played for the Browns over the past few years, scored two quick touchdowns and celebrated by “lettin’ all the stank out.” What I mean is that he wiped his ass with the football and then threw into the stands. 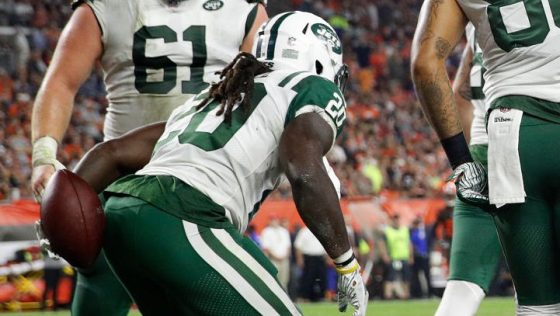 My friend and I were seated behind a loud Jets fan who had eye black spread all over his face. He was blabbing about his team’s lead and pissing off us fed up Browns fans. Alcohol and football have been known to lead to violence, so I was wondering (maybe even hoping) that someone would clock him. Instead he was saved by his own silliness. It turned out that he had been sitting in the wrong seat and section. Off he went.

Browns starting quarterback Tyrod Taylor bruised his brain near the end of the second quarter and was replaced by rookie sensation Baker Mayfield. Baker came out ballin’. The fans went wild, especially the peculiar guy seated next to me. In between wiping his runny nose he’d offer me high-fives and low-fives, easily more than 20 times during the course of the game. I hate to be like George W. Bush, who infamously wiped his hand on Bill Clinton’s shirt after shaking hands with earthquake victims, but I gave my hands a deep cleaning right after the game. I think I’ll just fist bump next time.

Baker’s hot streak continued throughout the second half, our defense continued its aggressive play, and even the new kicker was making field goals. You sort of got the sense that the Browns first win was near. Not a tie. An actual win—for the first time since Christmas Eve 2016.

And it was. The Browns ran in a touchdown and then intercepted the Jets rookie quarterback twice. The final score was 21-17.

It felt like a Super Bowl atmosphere, though being a Browns fan I can’t really tell you what exactly a Super Bowl atmosphere feels like. I did see an emaciated, possibly drugged young man with spiked hair, whom my friend said reminded him of a rooster, gyrating and cursing in support of the team well after the outcome was decided. Is there another level that guy can reach for the Super Bowl…and actually survive? Doubt it. So yeah, this first win was our big game.

At least for now. 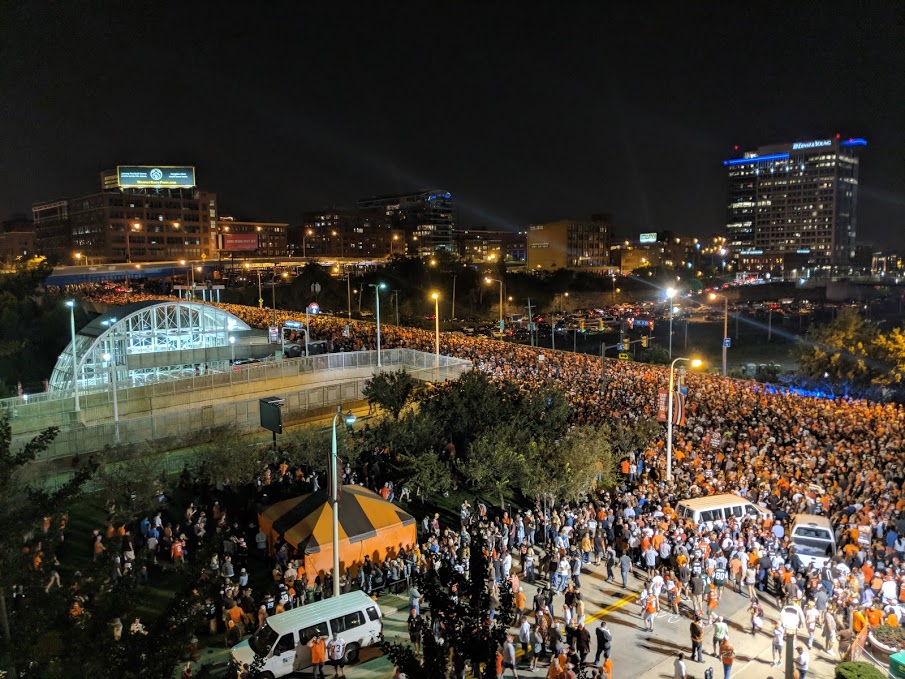 (Full disclosure: I grew up in Cleveland as a fan of John “Horse” Elway and the Denver Broncos. When I moved to California in 2001 and experienced unrelenting hate towards The Land, I became defensive and fully embraced the team whom friends in San Diego called the “Doo-Doo Browns.”)

A Quick Family Trip To See Barack Obama In Cleveland