My day trip to Santa Barbara began at Arroyo Burro Beach. Kids and dogs played, and moms and old folks sunbathed. I wandered along the shore for half an hour before passing a group of five young women tanning their butt cheeks. The women, or at least their cheeks, were white, except for one, who was black and sat facing the sun. She seemed to be managing the browning process, rubbing lotion on her friends and mouthing what I assumed to be words of encouragement. Perhaps, “Get it, girl!” I turned away just as she looked towards me; no need to infringe on anyone’s right to privacy and melanation. 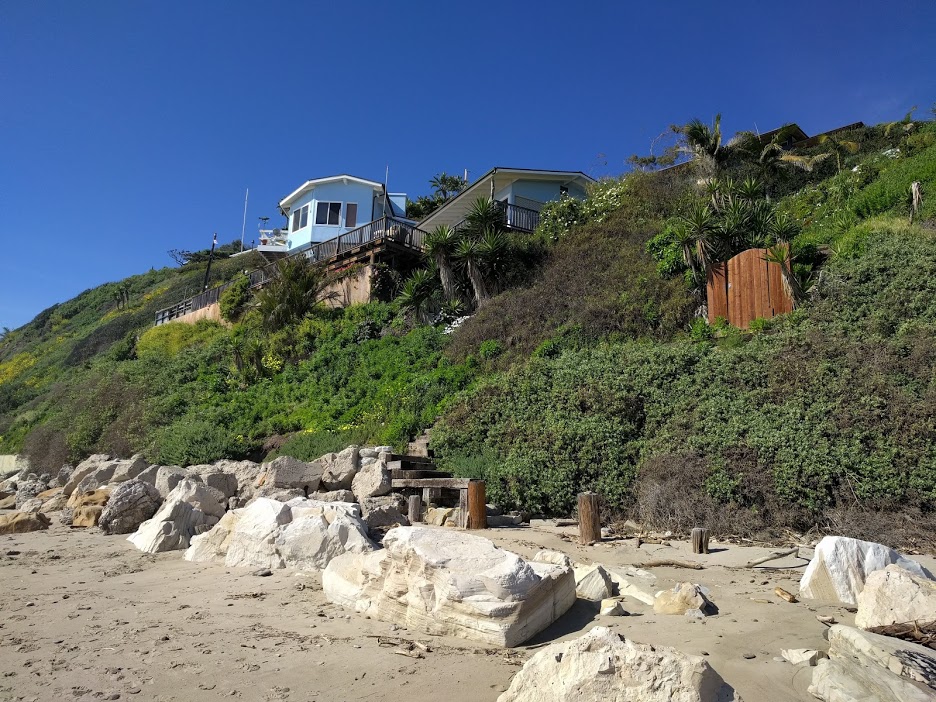 State Street, Santa Barbara’s main strip for shopping and restaurants, was the next stop on my day trip. My budget led me to the 99 Cents Only store. People who work for a living and had the grime on their clothes to prove it shopped for pop and packaged food. I bought a bag of Belly Flops, which are Jelly Bellies that were born deformed. The flavors were unfamiliar but my sweet tooth was satisfied.

I left the store and people watched as I ate candy. The people I eavesdropped on spoke French and Portuguese and an Asian language that was not Japanese; it was spring break and most of the American students from the nearby University of California campus had gone elsewhere.

Then I drove to Third Window Brewing, which was connected to an urban winery and open air restaurant. I picked five beers to sample, randomly for the most part. I just wanted to drink and avoid detailed beer geek information that the bartender seemed eager to offer. Four of the five were good, but I mostly enjoyed their free pretzels and had no shame doing so multiple times. 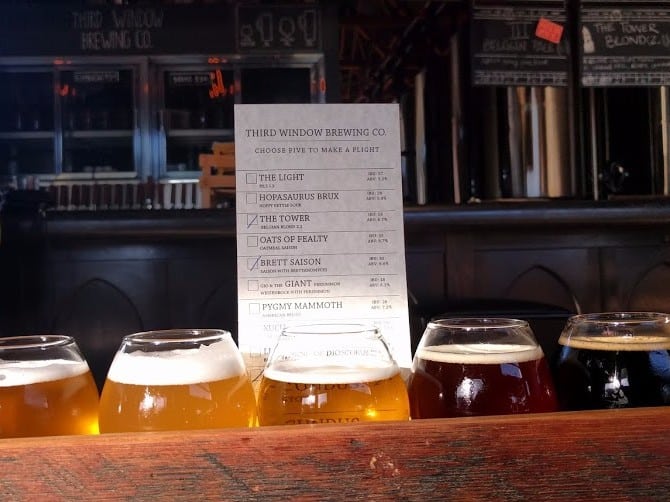 James, a buddy from college, met me at the brewery. He is one of four black men living in Santa Barbara (five before Michael Jackson passed). We caught up on old times and laughed about various characters from college. Content and affable as ever, he seemed to be enjoying his reign as Santa Barbara’s HNIC. He will not be moving back to Ohio.

After a stop at a burger joint, I walked along State Street again. It was a little after 9 p.m., way too early to party. A hostess from Sandbar said her establishment was the spot for a Wednesday; live reggae was to start in an hour. I figured I’d squeeze in a nap at the hotel before coming back out around midnight. Nope. I was knocked out for the night.

I woke up the next morning at 4 a.m., but only because someone pulled the hotel’s fire alarm. Maybe it was a bored night auditor. I called the front desk right after it went off. The desk clerk said “false alarm” and hung up. How’d he know so quickly? What about the investigation, bruh?

I couldn’t go back to sleep, so I hung out online for the next few hours. I wondered if the hotel staff was able to see the websites I visited while using their Wi-Fi. Typically, they’re really friendly when I check-in…but not so much when I check out.

After a nap and shower I went to the Santa Barbara Botanic Garden. Some of the plants looked like something from a Dr. Seuss book. My wife and boys would have enjoyed it, I thought. I started to miss them. They were in Ohio, living and stuff, while I was finishing up some work in San Diego. 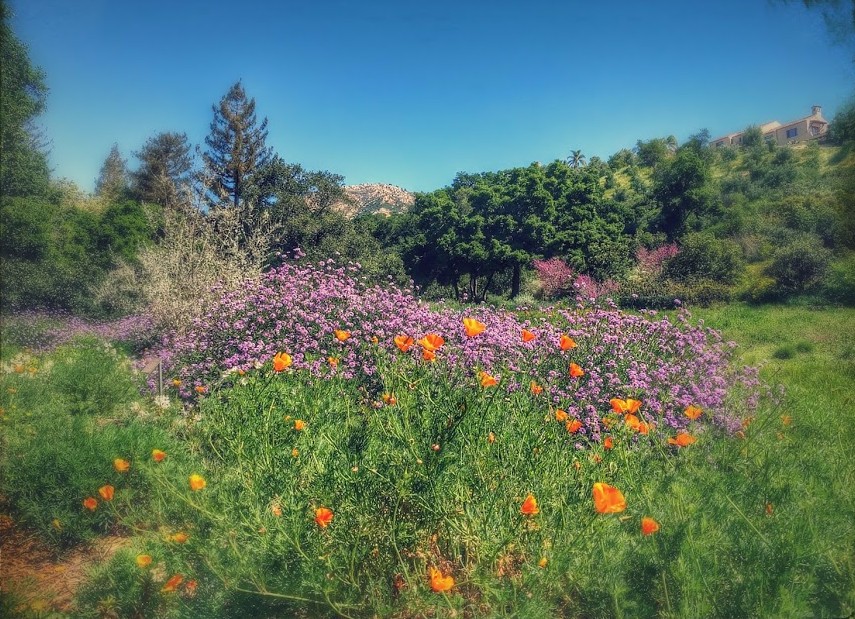 The momentary blues made me think of Oprah; she owns a home in Santa Barbara. If anyone can make you feel better it’s Big Baller But Surprisingly Grounded Oprah. I looked up her address online and decided to stop over. For some reason, I imagined seeing her in a housecoat, walking outside in slippers to check the mail.

I drove 20 minutes through rich folks’ backstreets to reach Oprah’s fortress. I pulled into her compound and drove near the gate. The protective trees at the property’s entrance made it look like an entrance to a safari park. I saw a guard station. Its windows were tinted, but I felt like someone was looking at me. Maybe it was Stedman. Would it have been beyond Oprah’s people—or even Oprah herself—to put a cap in my ass? 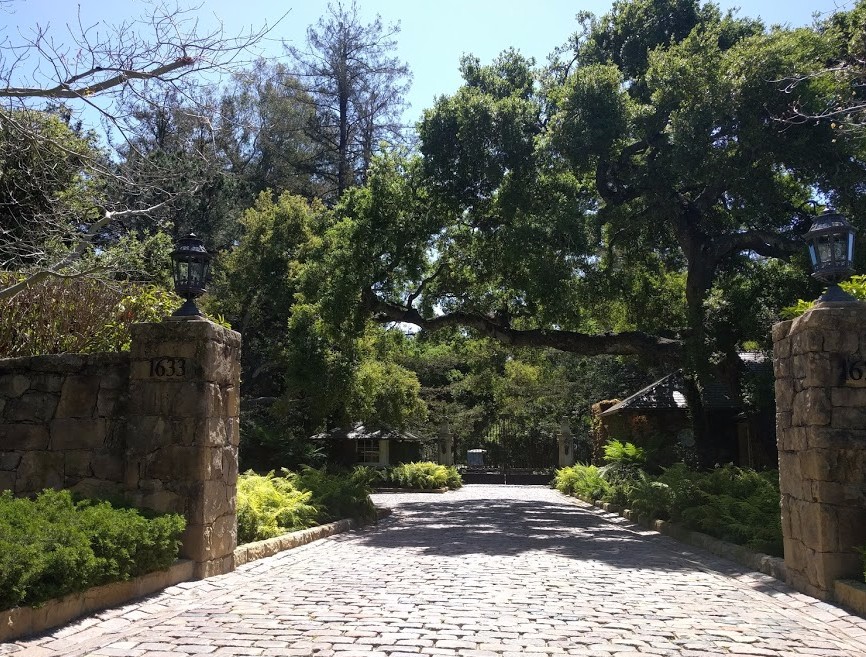 Of course not. Oprah can do anything she pleases. This is the same woman who made a billion dollars out of 15 cents…all from keepin’ it real.

I snapped a picture and sped off, as much as one can speed in an old Altima hybrid. The excitement and subsequent laugh cheered me up as my day trip ended. Oprah always helps.

What Did Ca$$ius Bring To His New School? Side-Eye!