Home Travel A Road Trip To Kentucky And Back In Time: Total (Confederate) Eclipse 2017

I have been victimized by fake news. “Sad!” Well not really fake news, but a rare failure on my part to exercise critical thinking skills/listen to my wife. After skimming an article, I thought this year’s total solar eclipse only occurred once every 300-something years. So I was determined to give my family the once-in-a-lifetime opportunity to see the eclipse in its path of totality, even if it meant driving six hours to small town Kentucky. (Note: The article actually said a total eclipse in this specific zone will not occur for a few hundred years; the U.S. is due for another total eclipse in seven years. Duh.)

The first stop on our road trip was Reily, Ohio, where Amber’s maternal grandparents were having their family reunion. Now, the family generally loves me, especially her 85-year-old grandpa, who said just that and added, “but not in a gay way” (LOL). Anyhow, that part of Ohio is a time warp. Across the street from the party center there was a home displaying a Confederate flag. And someone at the party had one hanging in their car window. Have you heard about that upcoming HBO show from the creators of Game of Thrones? The one where they portray a world in which the Confederacy won the Civil War? I’ve already seen that shit up close in Southwest Ohio.

After our short stay in antebellum, we drove four hours to Evansville, Indiana. Based on my visit to its 24-hour Walmart, which is how I judge cities when I don’t have time to explore, it’s a nice college town with an interesting edge of skank and meth. But more importantly, at least for this trip, was that it was only an hour from the eclipse’s path of totality. Also, a one-night stay at the local Howard Johnson was only $48 via Hotwire, compared to the $300 or more being charged by rinky dink motels directly in the totality zone.

By 8:00 a.m. the next morning we were driving south to see “the ‘clipse,” as the kids called it. For all the worry of thousands of tourists descending upon tiny towns that lack the services to accommodate, there was little traffic, and after 45 minutes on Jefferson Davis Highway and past the 350-foot Jefferson Davis monument, we were in Russellville, Kentucky.

We set up a picnic in the town’s historic district, where, you guessed it, there was a monument to the Confederate States of America. As a Cleveland Browns fan, I understand how one can have pride in a losing team, but not in a losing and treasonous team, that, instead of a Super Bowl, was seeking to win plantations full of Negroes.

A tornado alarm gave notice that the totality portion of the eclipse was starting. It brought Ca$$ius to tears and clinginess, though also calming his wild ass down in the process. Hoots and hollers began as the sky darkened. Bats flew around pissed off and unfortunately, the street lights came on. Totality lasted for about two minutes, and even though it gave Amber a headache, it was worth the trip.

As daylight returned, we left and entered a traffic nightmare as soon as we got away from Russellville, Kentucky. Thousands of people had in fact descended upon small towns and we are all using the same highway to get home. The expected six-hour drive home took more than 15 hours (including time spent entertaining ourselves in the parking lot of Long John Silvers while waiting for traffic to clear). Still, it could have been worse, the boys were pretty well-behaved, even though we told them “only two more hours left” about five times.

Traffic aside, I’m looking forward to the next total eclipse, which will be in 300, well, seven years. No need for a road trip; we’ll be able to see it from home. Either way, I suspect there will be a lot fewer Confederate monuments and flags to ignore. As I was told by a Trump voter on Facebook when being critical of the president, “You lost, get over it.” Maybe that’s good advice for us all. 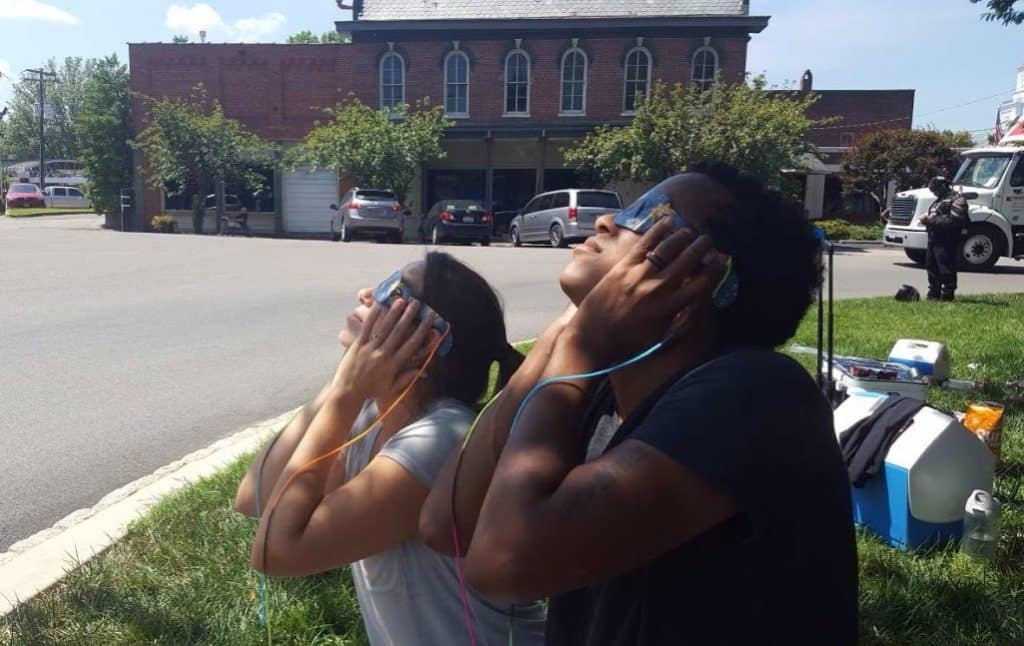 We paid about $30 for these glasses on Amazon. Anybody wanna buy? 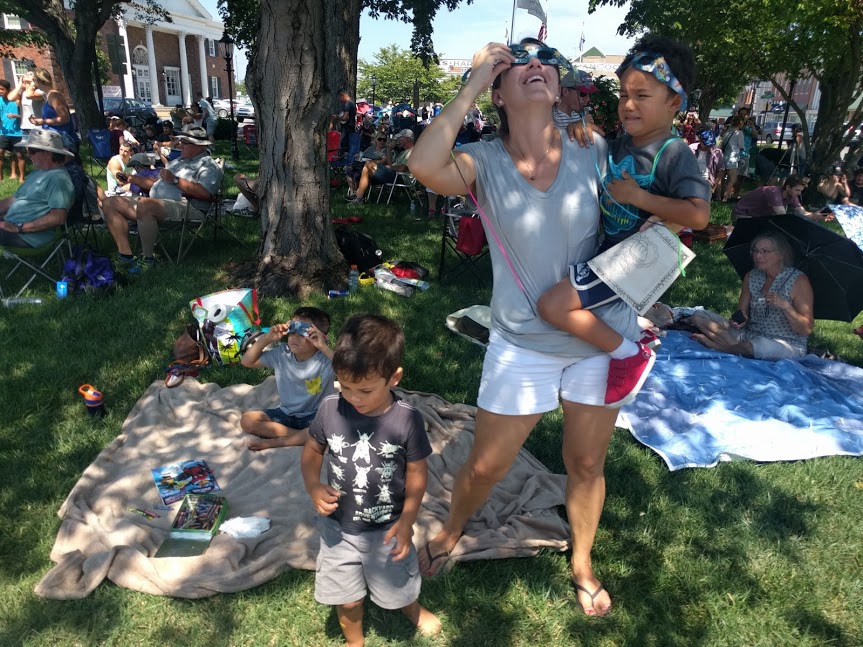 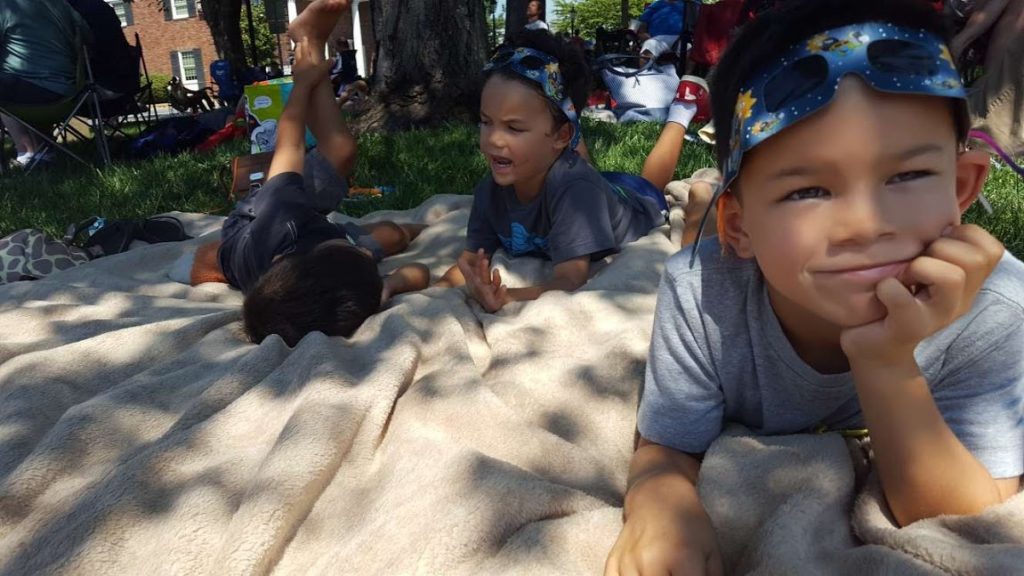 Cute. They’ll be musty by the next total eclipse. 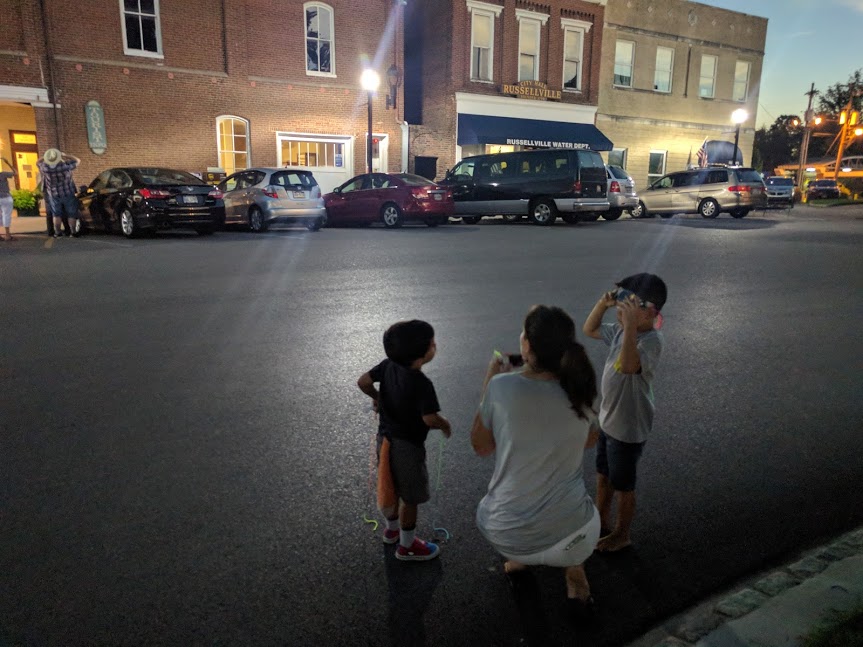 Totality strikes! (And so do the street lights). 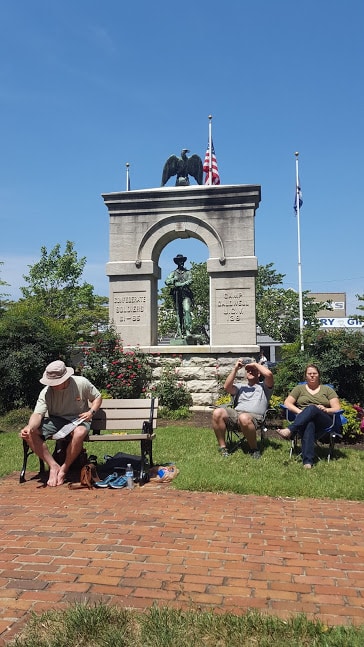 Not so fun fact: The 13th amendment was not ratified in Kentucky until 1976. 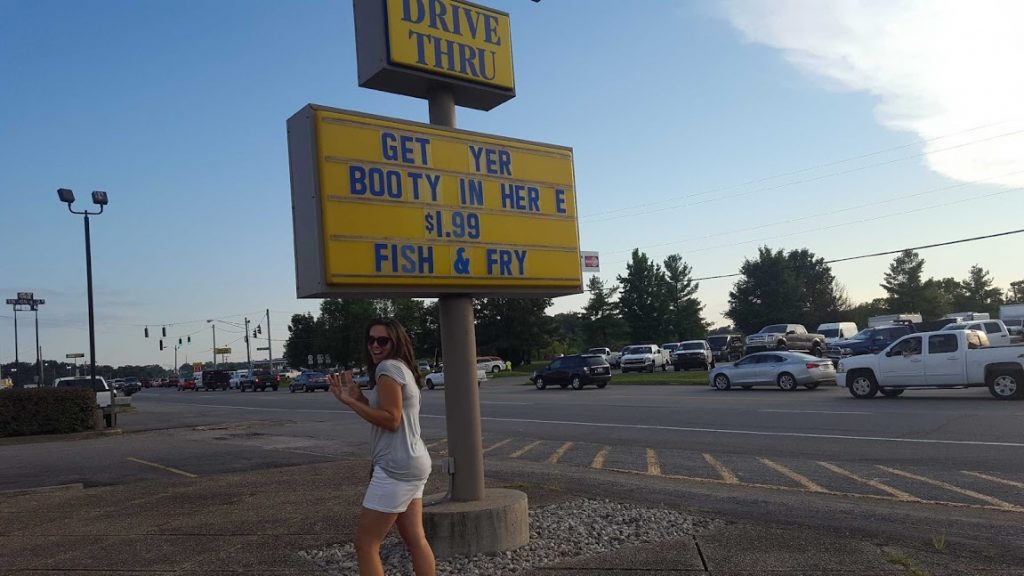 Thanks to the Long John’s sign, I almost got a twerk out of Amber. 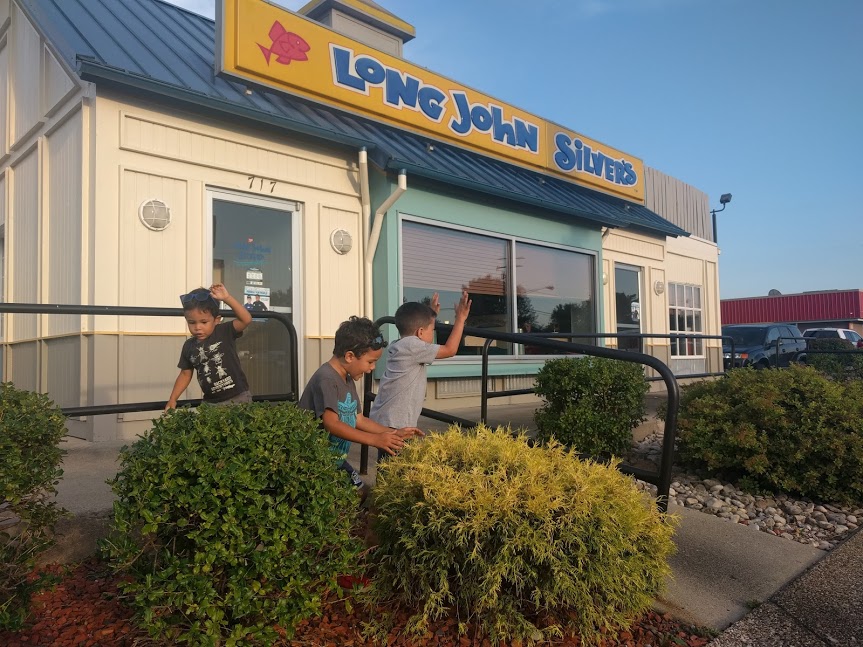