Since our trip to Hocking Hill State Park, where we saw Hawaii-esque waterfalls (at least according to a brotha like me who ain’t been to Hawaii), I’ve been searching for scenic areas in Ohio. Having grown up here, you would think such areas would be old news to me. And you would be wrong. As a youngin’ in Cleveland, the outdoors meant hanging out at Cain Park and smelling fresh blunts smoked by peers who would grow up to have rather unfortunate purple weed lips. Hanging out in caves? Never even thought of it.

Which brings me to my most recent new-to-us outdoor discovery: Ohio Caverns, a cave about an hour from Columbus that bills itself as “America’s most colorful caverns.” We took a 45-minute tour and saw blue and purple shadings on the cave’s walls and bright dong-size crystals that take 700-plus years to grow a single inch. There was more history and science talk, but I couldn’t catch it all because I was busy holding kids who suddenly forgot how to walk. Still, they enjoyed it and surprisingly didn’t get too scared when the tour guide turned out the lights so we could experience total darkness.

Admission was a bit on the pricey side–$17 for adults and $9 for kids ages 5 and above–though you can save $9 if you say your 5-year-old, Ca$$ius, is 4. Bonus: The cave is 54 degrees year-round, which was about 15 degrees warmer than it was outside. There was also a gift shop that sold souvenirs and shiny rocks that my 4-year-old (the one who’s actually 4) tried to steal. Check out all the pics below! 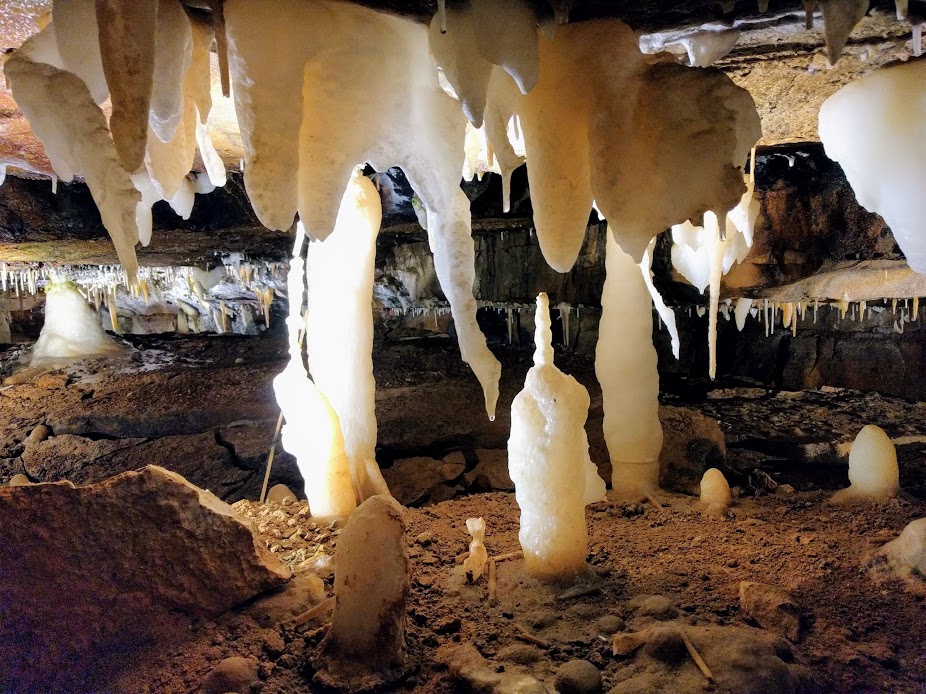 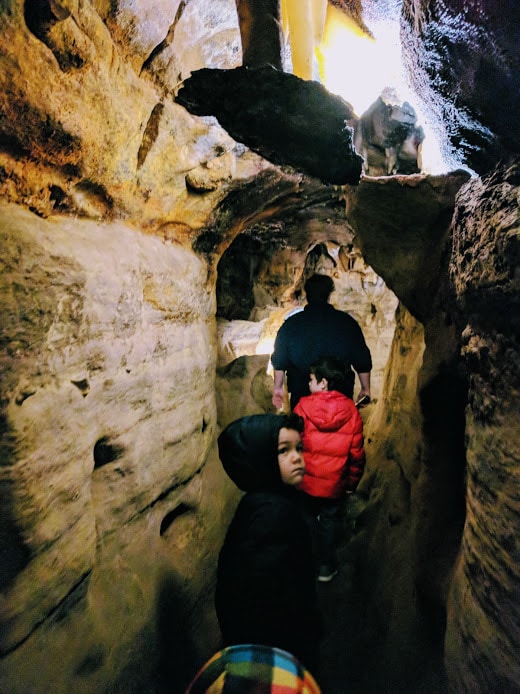 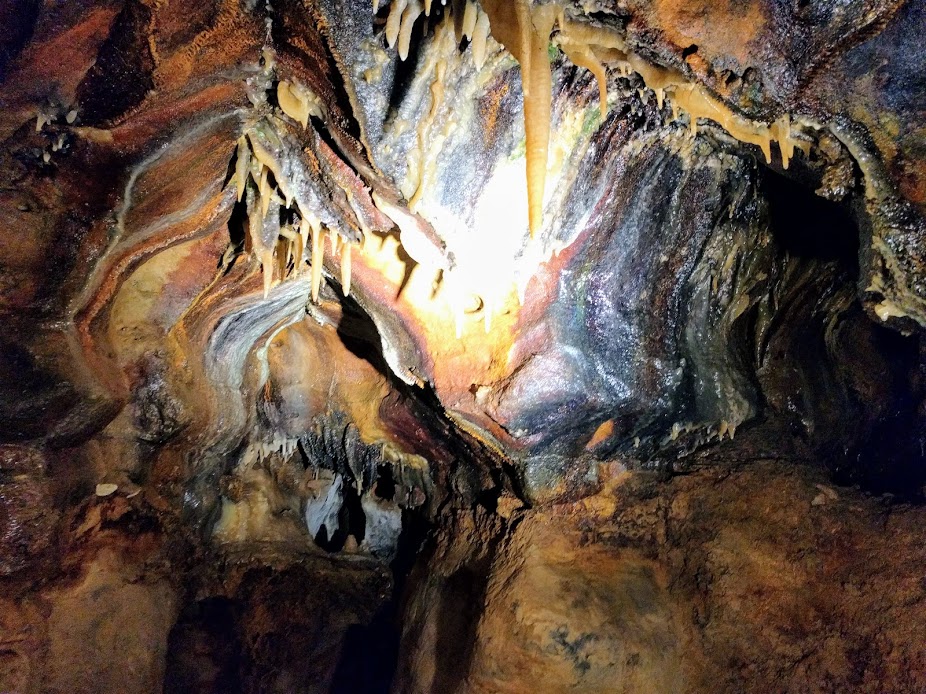 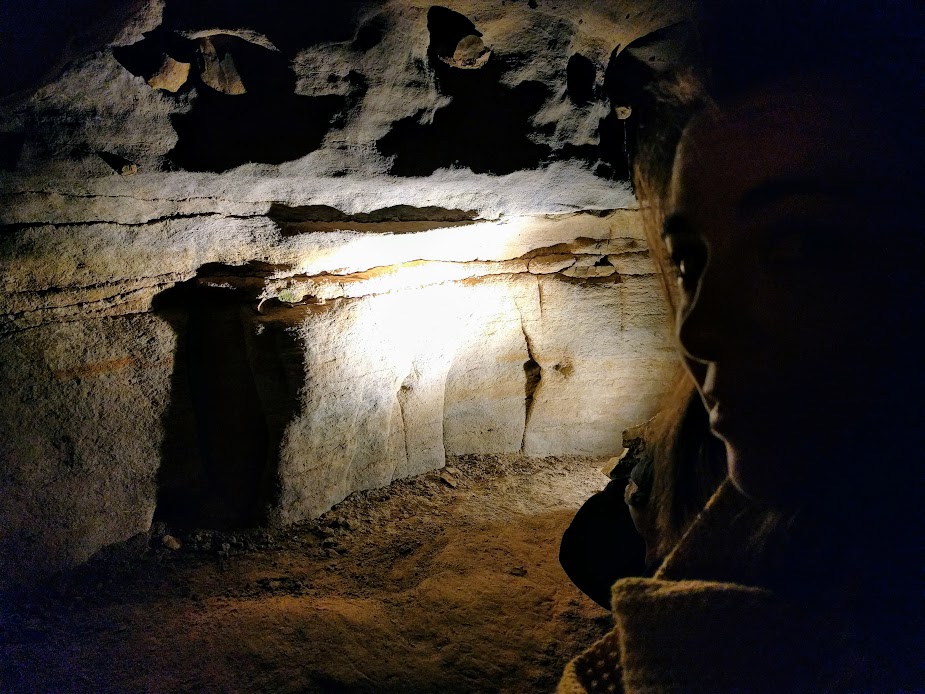 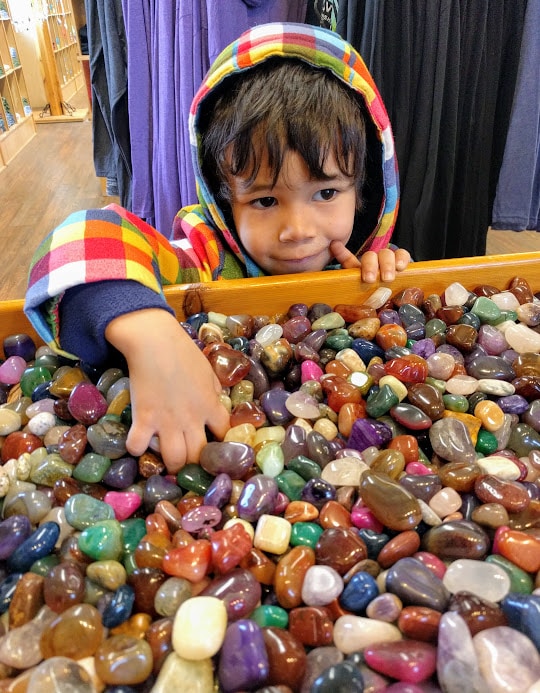 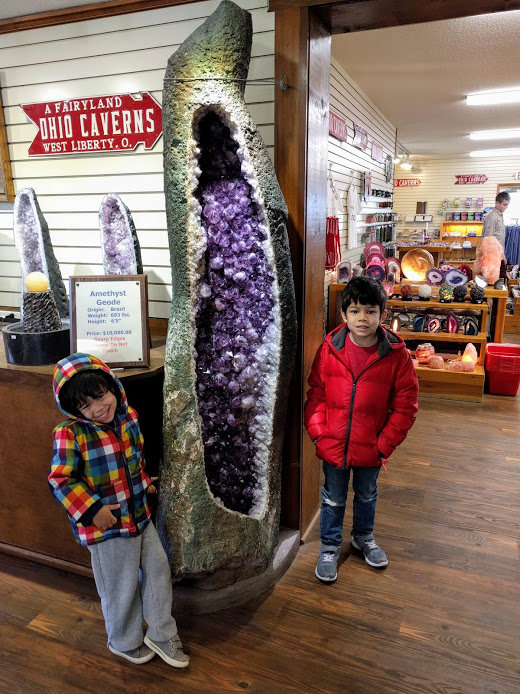 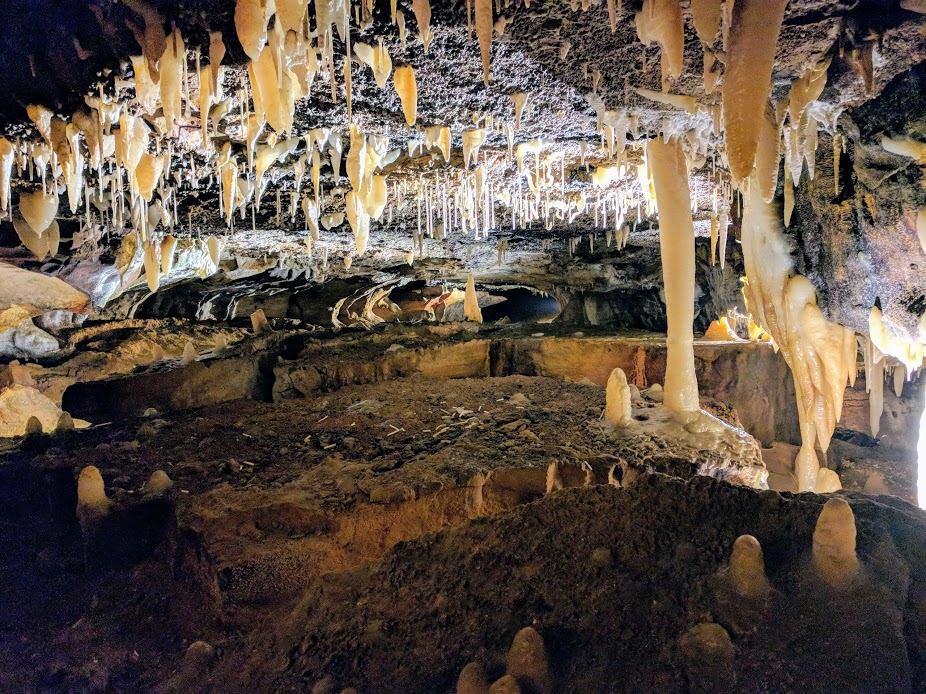 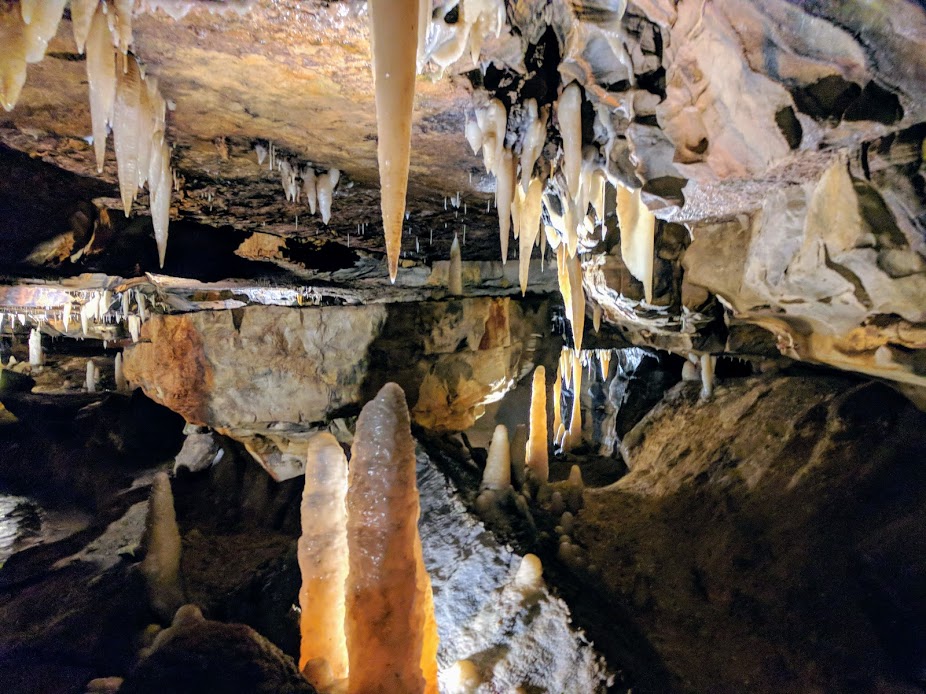 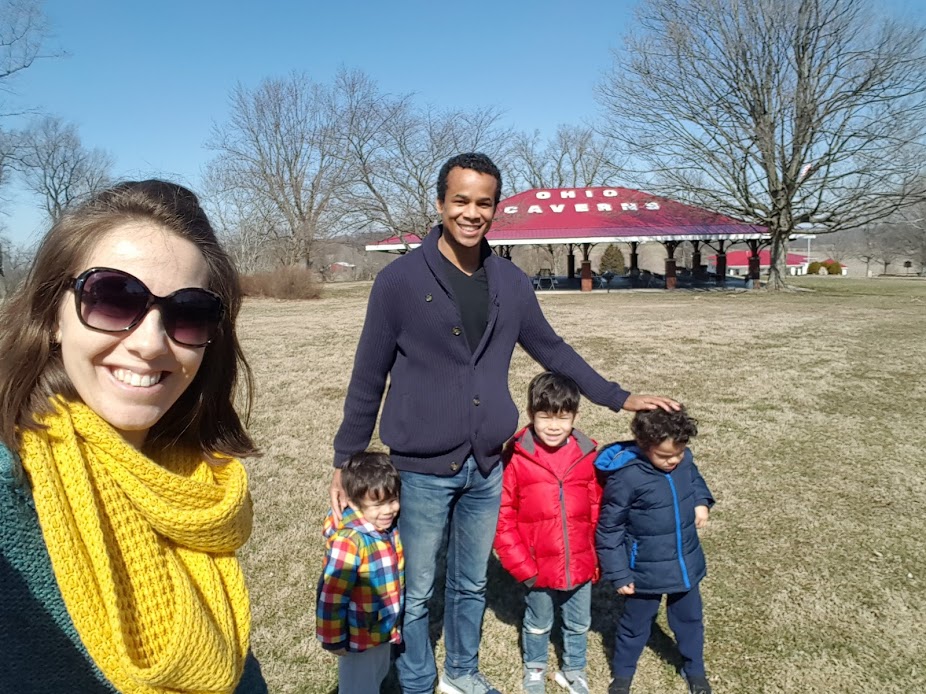