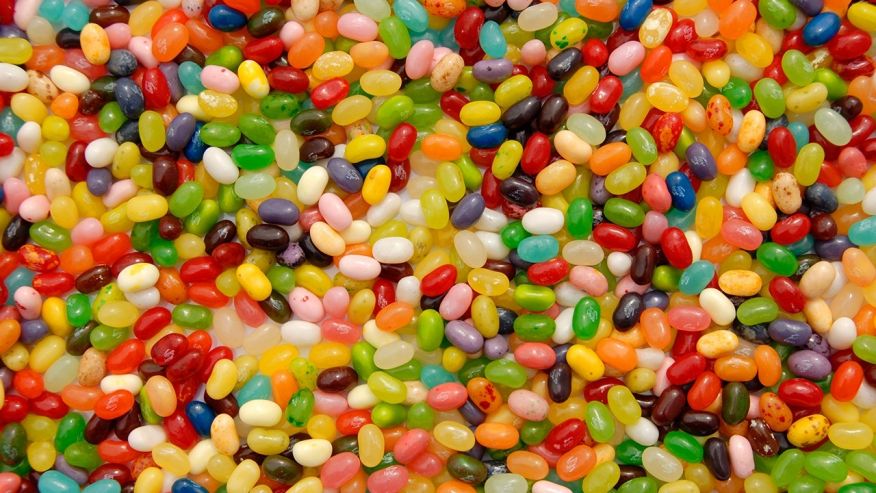 Hi. They call me Baby D, and I am a sugar addict. My problem began in elementary school. Each Friday Dad would leave me and my siblings fifty cents to buy candy from the corner store. I liked Now and Laters, but Skittles would soon become my drug of choice. It had the surprise factor. Just when I thought I had eaten all of ’em, I’d find one more stuck in the corner of the bag. I’d suck on it to make it last longer (pause?), as I knew it would be another week before I’d go back to the corner store, or maybe just a day or two before Dad gave me a Twizzler from his big bag.

As I grew older and more independent, I would buy candy whenever I could scrounge a little money. Nerds, Mike & Ikes, and SweeTarts. There was more sugar at home, especially Kool-Aid and Mom’s pop (don’t you drink all her damn Pepsi).

By the time I hit my teens, I was eating Twix bars for lunch and whole boxes of Little Debbie Swiss Rolls after school. I’d crash due to a sugar coma and wake up before midnight, just in time for the fun stuff on Skinemax. I’d stay up a couple-few more hours and have trouble staying awake in school the next morning.

I made slightly above above average grades, but had I moderated my sugar levels I could have gone to one of those colleges whose students always use the university’s name when the term “school” would suffice. Someone will ask, “How’s school going?” and the student’s like, “Harvard’s going great!” Come on, man, we know you’re fishing for another “Wow! Harvard!”

My sugar addiction continued into adulthood. I’ve done a lot of work in healthcare, and I know the research on the dangers of sugar. It stimulates the brain in the same manner as opioids and produces cocaine-like cravings.

That being said, sugar won’t make you sell handjobs behind Dollar General, but it can increase your risk of heart disease, yuck mouth, and cause general de-swagination. I really believe future generations will look back on us and say, “It was legal to put sugar in almost every food and hide it under confusing names like ‘dextrose’?” Sort of like how we think of cocaine-laced Coke from the early 1900s.

I’ve tried to stop eating sugar in the past and I’ve had, at best, weeks of success. But each time I try something derails my sobriety.

For example, about a year ago I had gone nearly a month without candy. But while deep cleaning a car that I was about to sale, I found a Jelly Belly under the driver seat. It had a little carpet on it, and maybe some WD-40, but after a quick rub against my shirt it was like new, and damn good. That little gram of sugar set me off, and that same day I bought a big bag of Jelly Bellys and devoured ’em within minutes.

As of today, it’s been two weeks since I’ve had sugar. Well, at least by my definition, which is I’ve stopped eating bags of candy. I don’t drink pop–unless it’s one of those rare instances where I’m eating a fast food value meal, in which case I’m not giving away free pop for water–and I don’t eat many processed foods, so most of my sugar comes from big boxes of Junior Mints and so on, which had been an everyday thing. Yep, every single day.

So far it’s been a struggle. It’s Easter season and the greatest candy of all time, Brach’s Speckled Jelly Eggs, are on sale. They’re a dollar at Walmart, which I’m boycotting until forever. Target also sells them, but they only have the XXL bag for $2.69. I put one in my basket last week, but put it back after walking around the store for 15-plus minutes and talking myself out of it: “Man, I don’t even want this but I’m buying it, like a crackhead!”

I feel better now that I’ve my addiction has waned. Well, except for the withdrawal shakes I’m having. My nap time has decreased, though I still take a short one after dinner when the kids go buckwild as some sort of pre-bedtime ritual. I’m less moody and more engaged during the day, even when my wife’s showing me Ellen’s “hilarious” Instagram posts. Most importantly, I’m proud of myself for showing a little discipline.

We’ll see if that holds up when Speckled Jelly Eggs are 50 percent off the day after Easter.

That can be dangerous. You might drink too much and forget to rub one off.