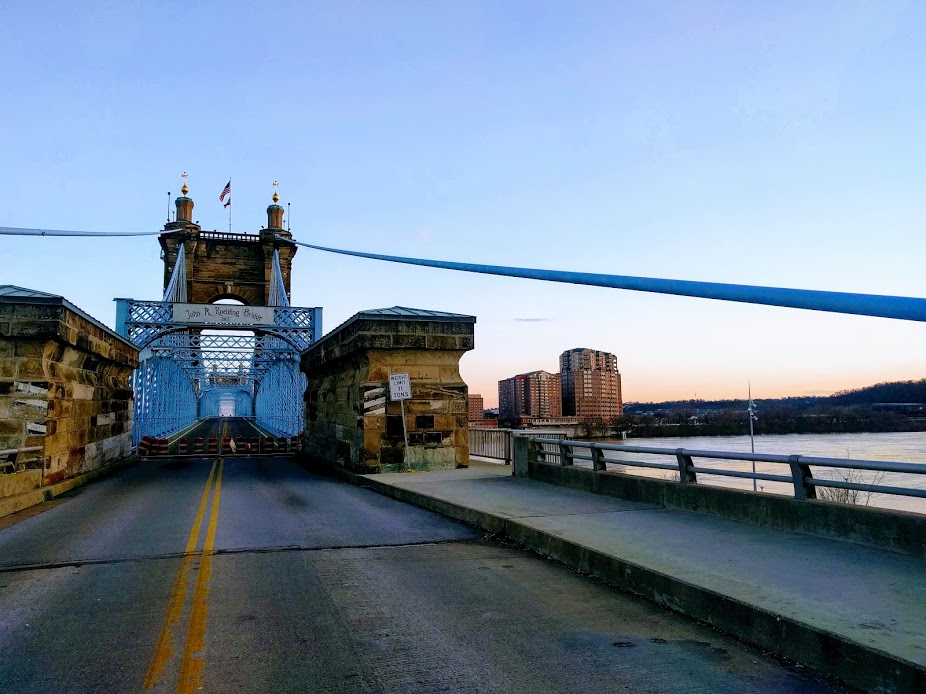 Despite my mother-in-law’s warning to “Watch out for the rednecks!” I wanted to take the fam to see the Monster Truck Jam in Cincinnati. I mean…not that she was wrong: alcohol, the alt-right emboldened by “David Dennison,” and an interracial family watching trucks collide in the country’s fifth most segregated city? As Dad used to say, “Yo’ ass gone learn.”

Bad seats were retailing for $30, not including Ticketmaster’s ridiculous service fees. Luckily, or so I thought, I found tickets for the five of us on StubHub just five hours before showtime. They totaled $105 and were in the first section. I bought ’em, and quickly booked one night in a four-star hotel in downtown Cincy for just $77.

It turned out that the seller had uploaded tickets for the 1 p.m. show; it was already after 2 p.m. and we planned on going to the 7 p.m. show. Plus we were still two hours away in Columbus. I got a refund and a $40 credit, but I was still on the hook for the hotel. So a night at the monster truck show turned into one night of sightseeing in Cincinnati.

We started our trip by visiting Findlay Market. In short, it’s a public market largely for those of us who appreciate a heavily seasoned dead animal. A few of the vendors had some good looking ribs for $3 a pound, but I passed and we left with some Key lime pie and a big ol’ cookie for the kids.

From there we walked through the somewhat revitalized/still pretty rough Over-The-Rhine district. My impression: Interesting street art, including a mural of former heavyweight boxing champion Ezzard Charles, who at first glance I thought was named Gizzard, which would would have been cool, and lots of residents who have been left out of the revitalization, and even left without a home. 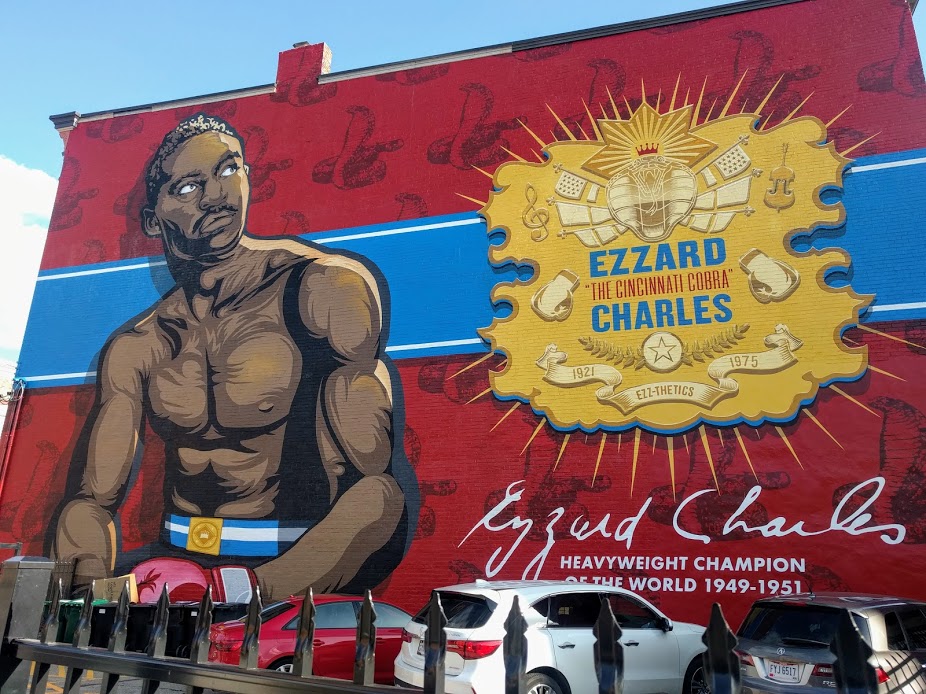 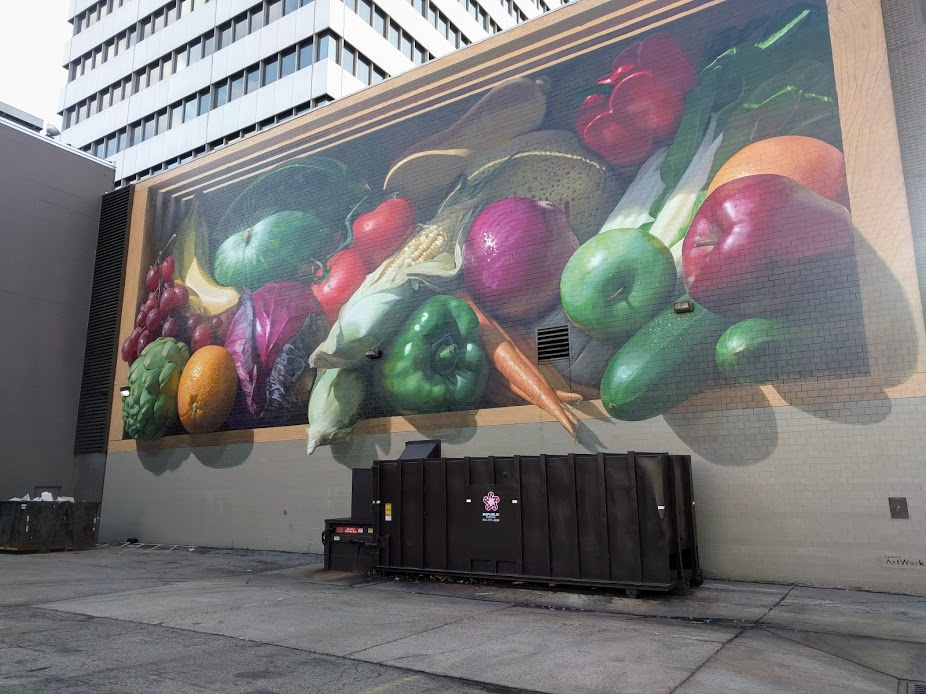 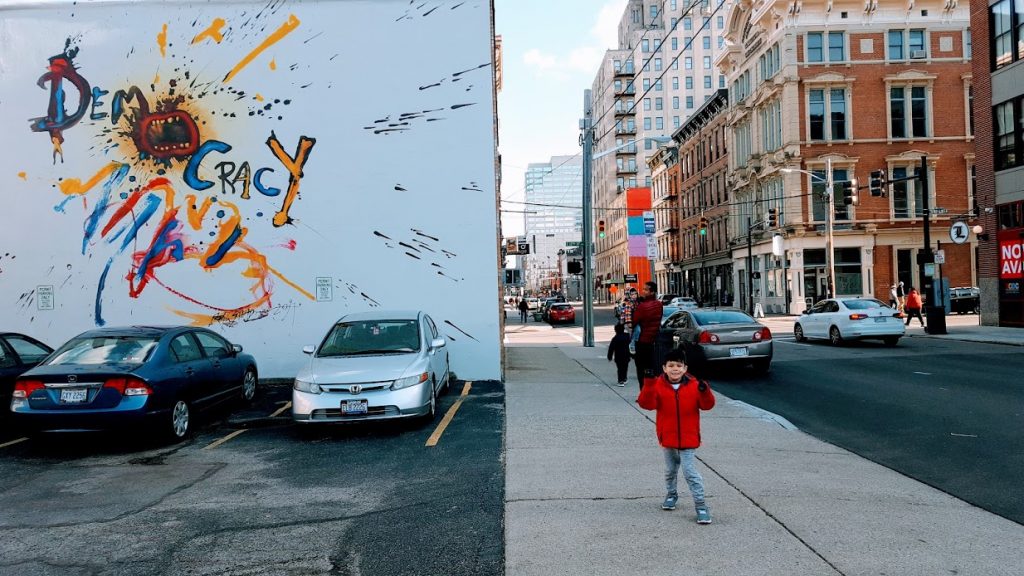 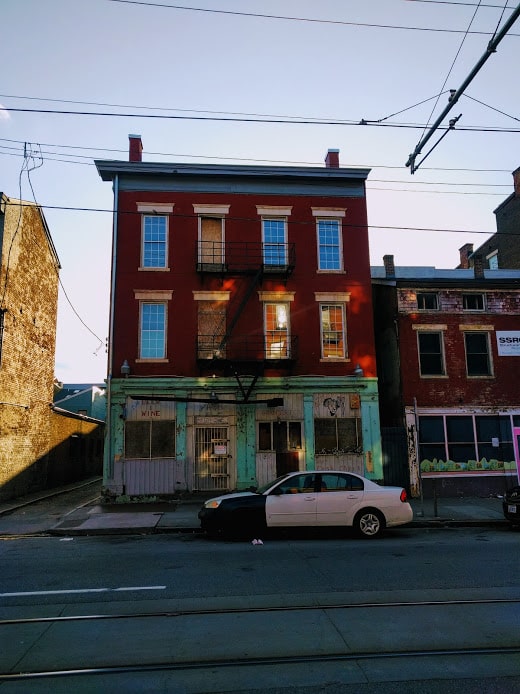 We ended up at a walk-up taco stand called Gomez that was attached to a bar. Kids were allowed in until 8 p.m. As you can see below, they had a great time watching me and Amber drink. 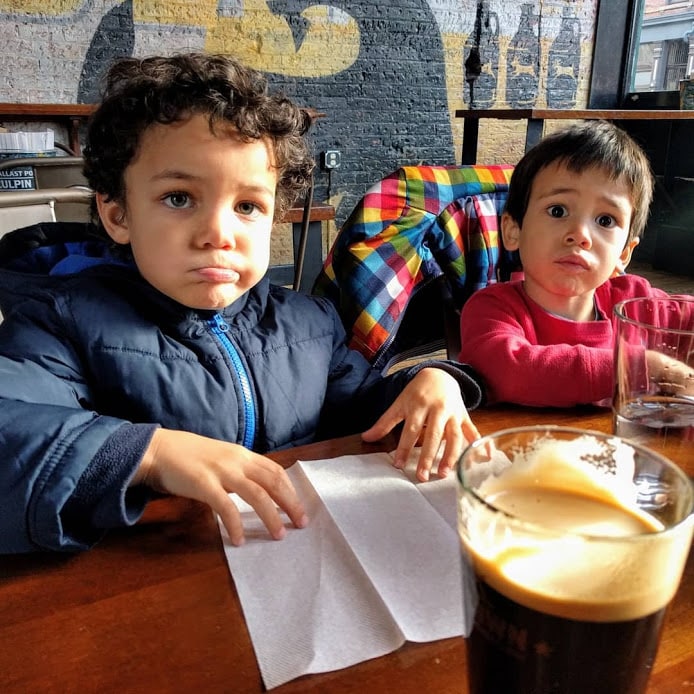 After our beers, we checked into the downtown Hyatt. I avoided the valets and parked at the meter down the hill. We played in the pool (kids galore!) and ate some shawarmas from the carryout around the corner. The kids and Amber dozed off after reading. I was awake for a bit longer, but got tired and didn’t make it to the nearby club where Lil Jon was playing. Maybe that’s a good thing. My Banana Republic dad gear was probably not appropriate for a night of “skeet skeet muthaf***a!” 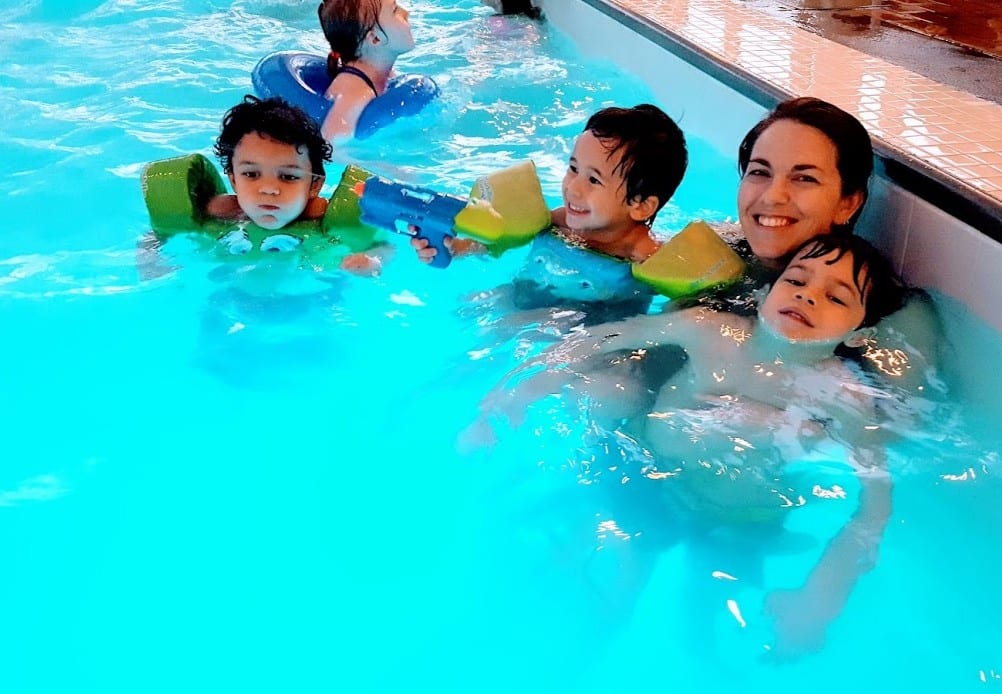 We started the next morning with more pool time and then a walk over to Carew Tower Observation Deck, where you can see the entire city, provided you can pay with cash, as credit or debit cards are not accepted. Adults were $4 and kids over five were $2, I think. Anyway, we only had $6 cash, and I wasn’t going back down 45 floors to the ATM machine. So Amber and the kids went in. I was able to see a bit of the view and a smashed face kid from the lobby window. 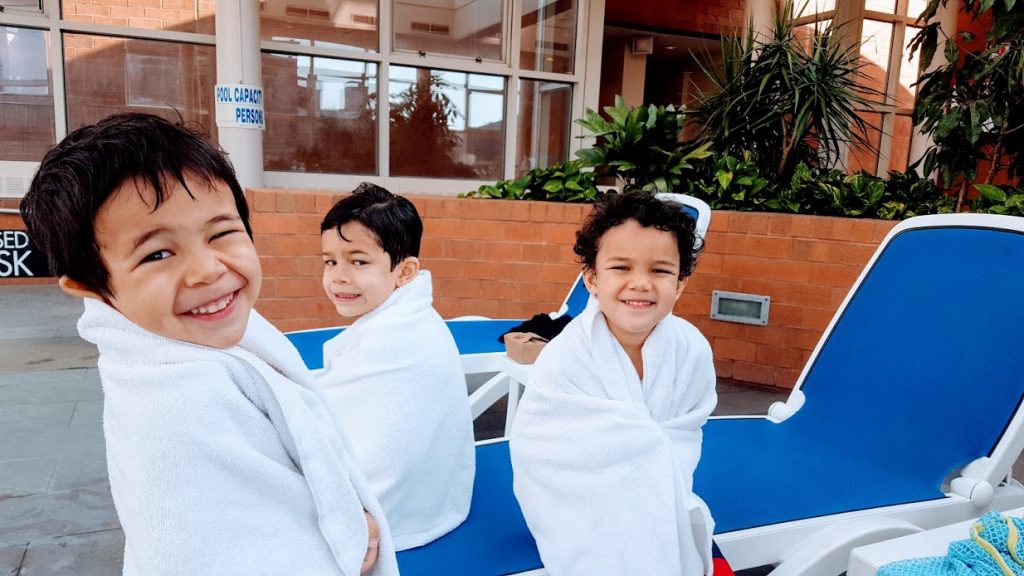 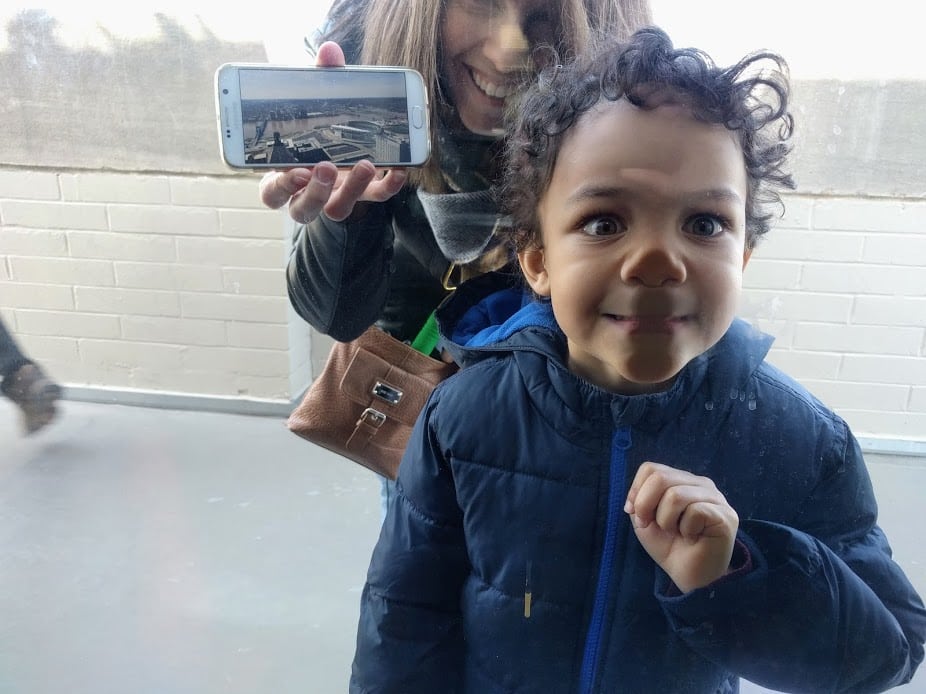 From there we drove over to Eden Park. We didn’t see the entire park, but we were able to get some nice views of the Ohio River and an up close look of a wolf titty feeding human babies statue that was gifted by Mussolini. The boys got a kick out of that, of course–“Look at their privates! Hehehe!” 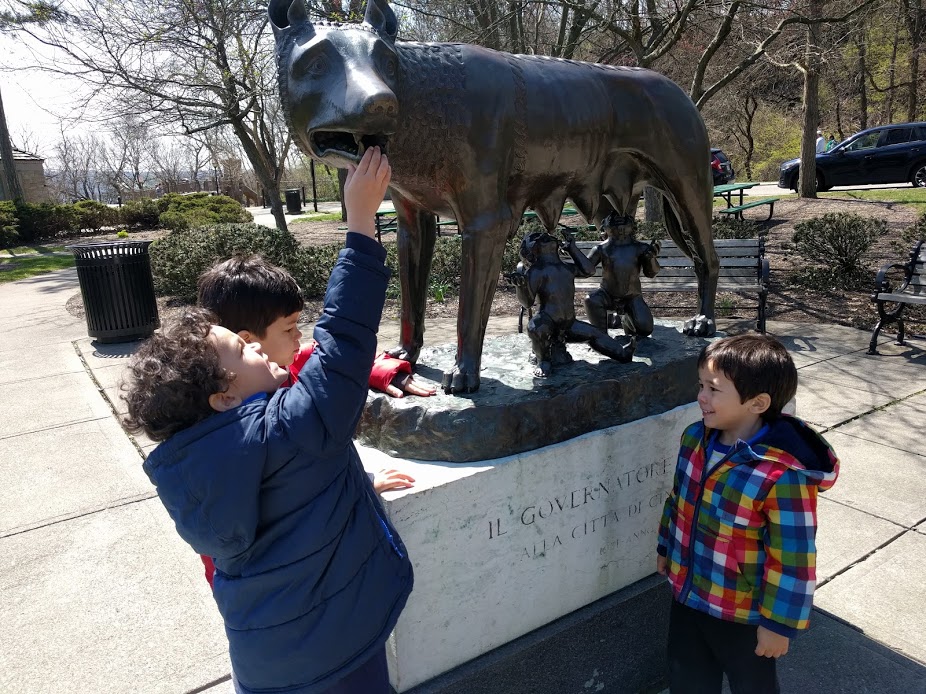 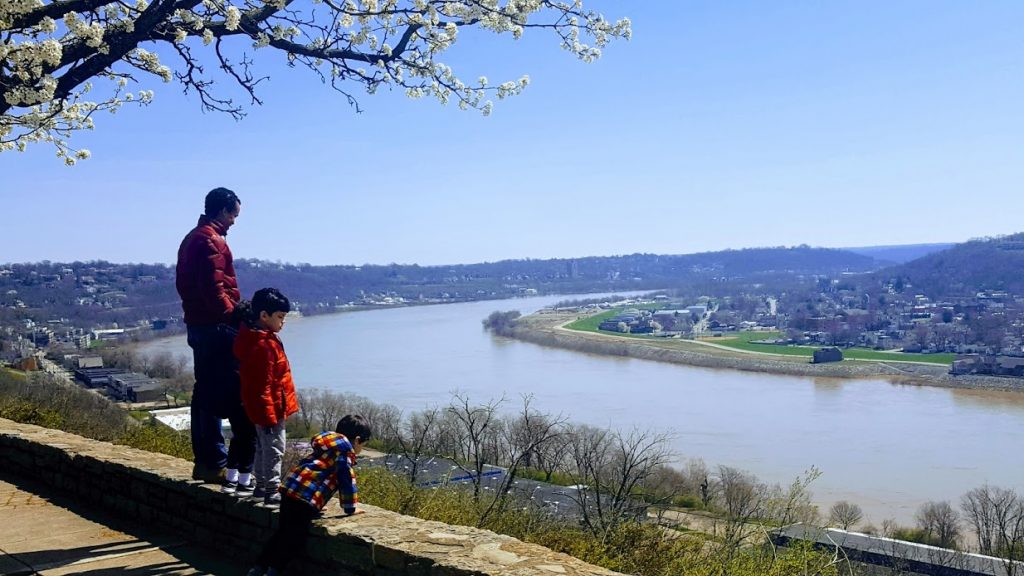 Our one night in Cincinnati ended with a visit to the University of Cincinnati campus for sushi and pizza, and afterwards, a drive-by visit to the Mushroom House, an exotic home in the Hyde Park neighborhood that looks like a giant fungal growth. 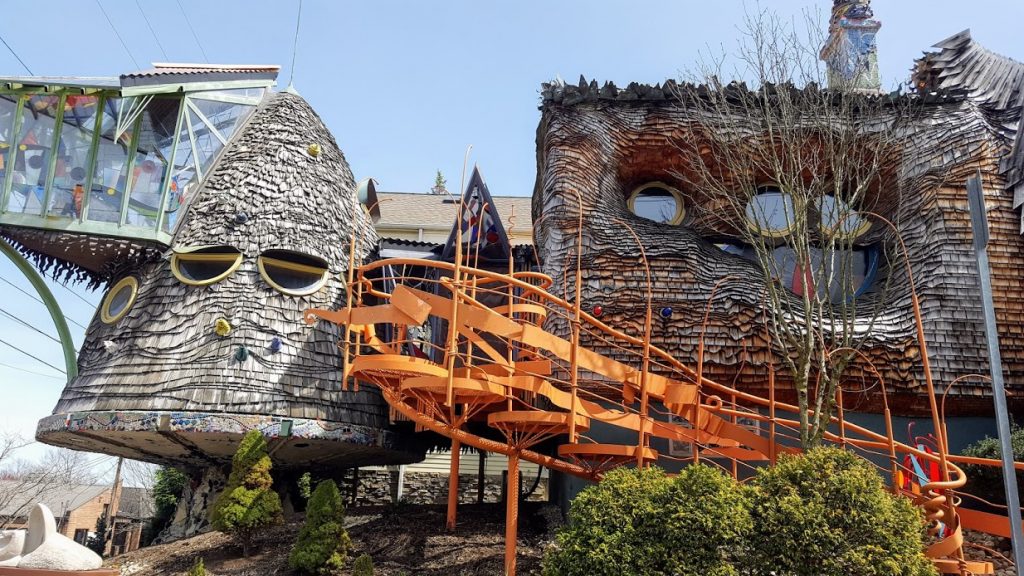 The Monster Truck Jam is coming to Columbus in two weeks. We’ll be there if we can find $20 tickets. 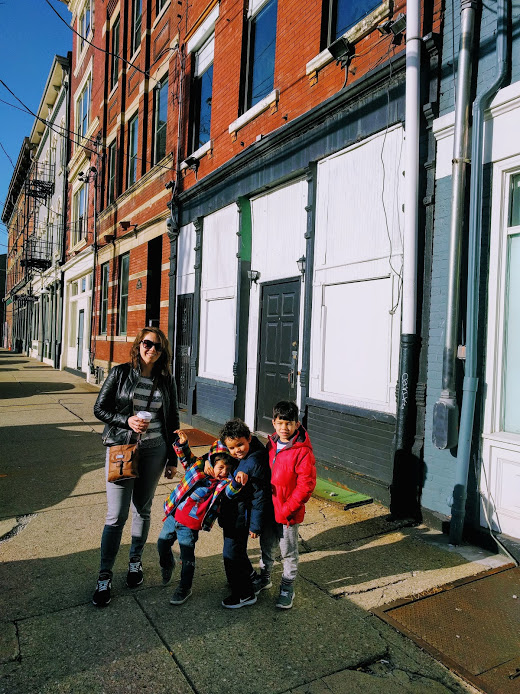