Home Travel A Short Trip To Morgantown: College Town Fun, Even If A Doorman Checks Your ID And Says,”Goddamn! 1979?”

I backed the car out the garage as my wife and kids waved goodbye. My 5-year-old (the explosive middle child) yelled, “I love Mama more than you!” Backhanded compliment? Yes. But it was progress. The week prior he said he hated me, though just a few days after that he would go on to say, “I’m starting to like you, Dada.”

I was on on my way to Washington D.C. My first stop, a 3-hour drive from my home and halfway to D.C., was Morgantown, West Virginia, a rugged city centered around a charming college campus.

I checked into the Clarion Hotel Morgan. Some would say it’s a historic hotel, others would say it’s in need of renovation. I’d say it was $58 on Hotwire and clean and spacious, though a little spooky if you’ve seen American Horror Story. 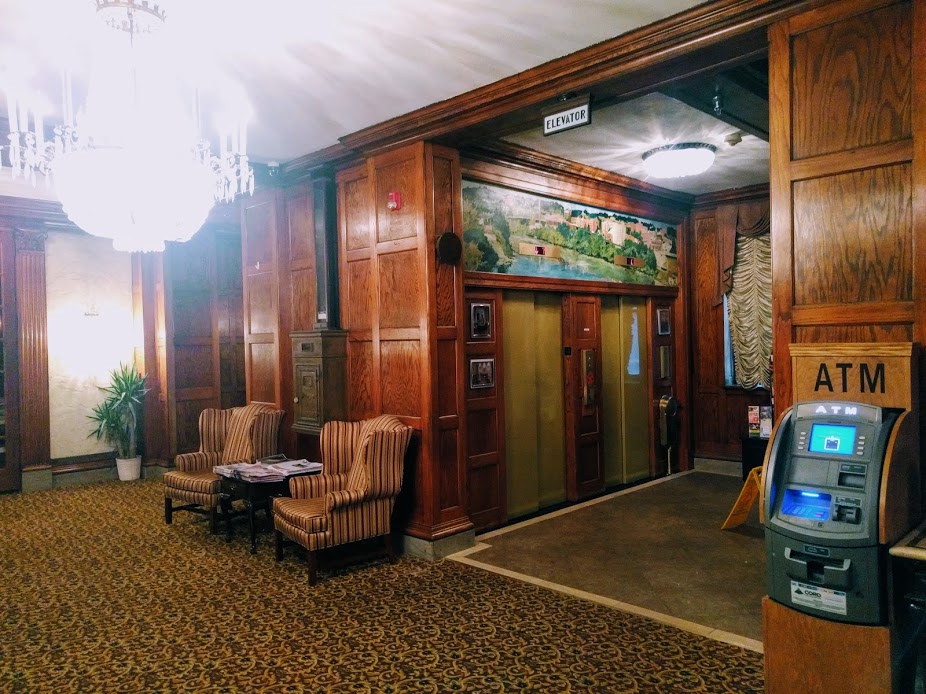 According to the internet, John F. Kennedy once stayed there. Based on my research, he was likely to have been accompanied by a mistress who straddled him because he was a horndog with chronic back problems. I asked the clerk if she knew what room he stayed in. She did not, but she did ask if I had stayed there before. “You look like this guy who stayed here. Are you sure?” Damn…stop being spooky. 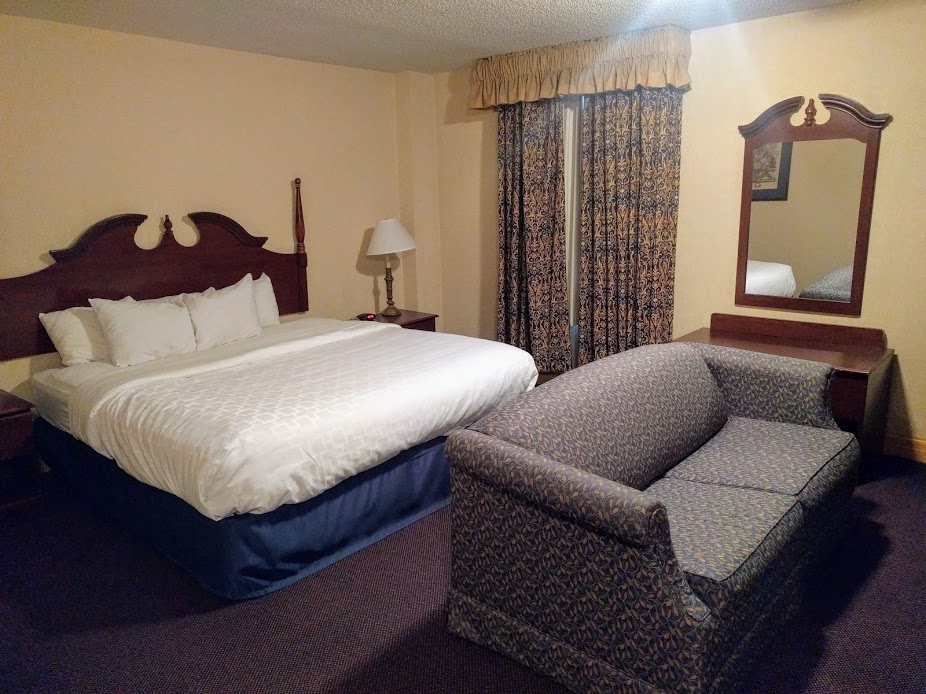 After dropping my bookbag in the room and doing a bug inspection (all was fine), I went to the hotel’s rooftop to see all of Morgantown. The view was partially obstructed by a wall nearly six feet tall, but I’m long neck-ded and was able to snap a few pictures. 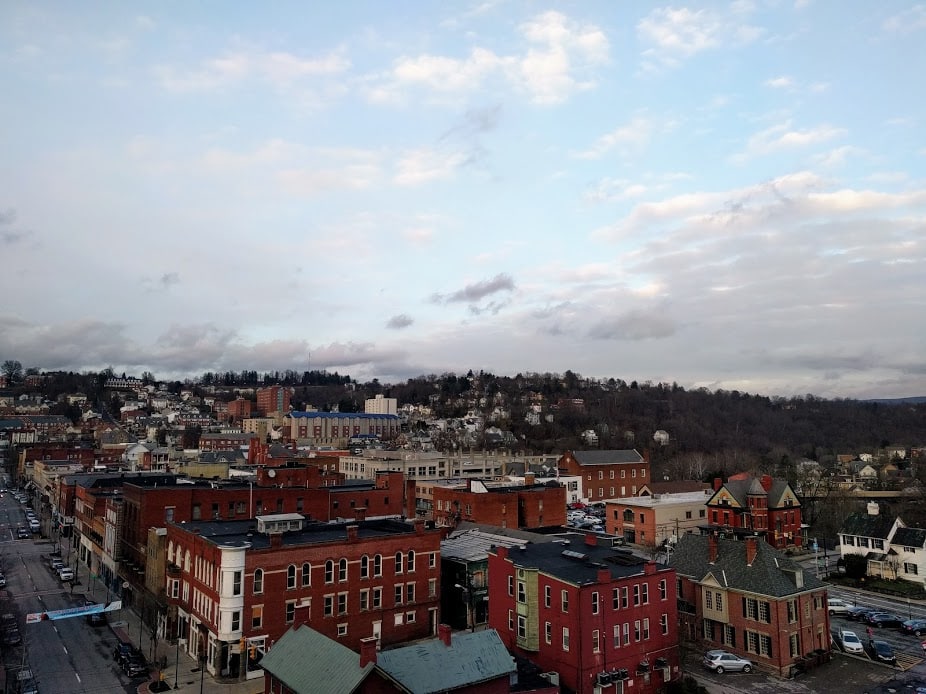 Then I walked to Great Wall Chinese Restaurant and bought some fried rice. Despite the joint’s terrible Yelp reviews, I lucked out. It was quality hole-in-the-wall food. And it proved my theory that when there’s a teenager working the register at his family’s Chinese restaurant, the food’s pretty good.

Beer was calling me, so I went to Chestnut Brew Works and Taproom. While making my way there an addict came out of the shadows of a closed storefront. Scary dude who looked pissed at the world. I crossed the street with the quickness, like, “What was that!” Man, sad. Anyhow, Chestnut was a tiny place, which makes it feel more comfortable when you’re alone. The bartender served a hell of a porter. 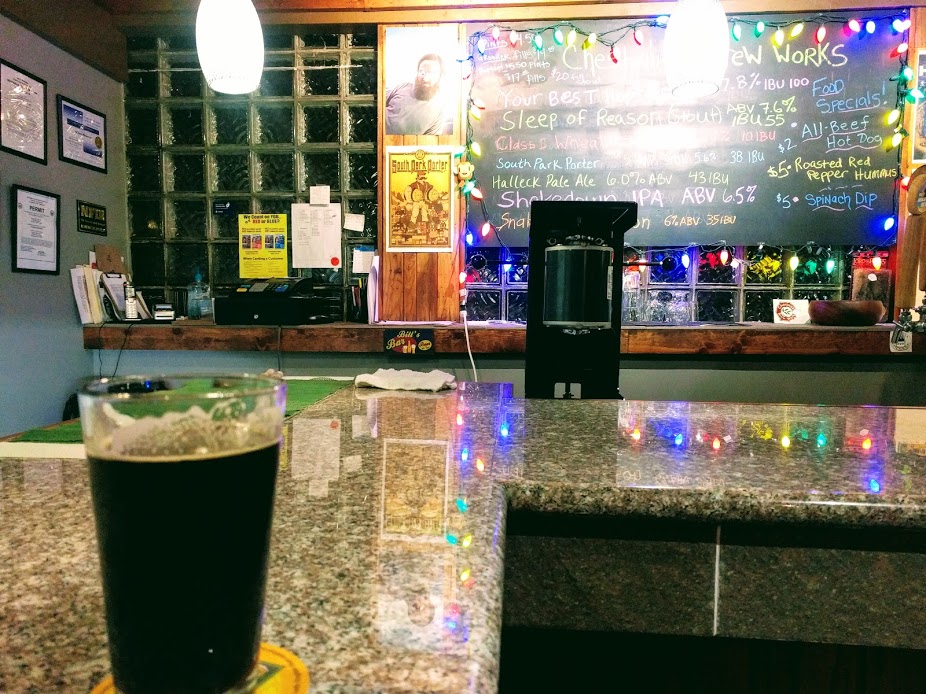 I had a buzz and decided to take a self-guided tour of West Virginia University. It was after 10 p.m. and many of the students were gone for Easter weekend, but I figured I could still get a feel for the place. My impression: It’s better looking than the city as a whole and the hills give you a good workout. 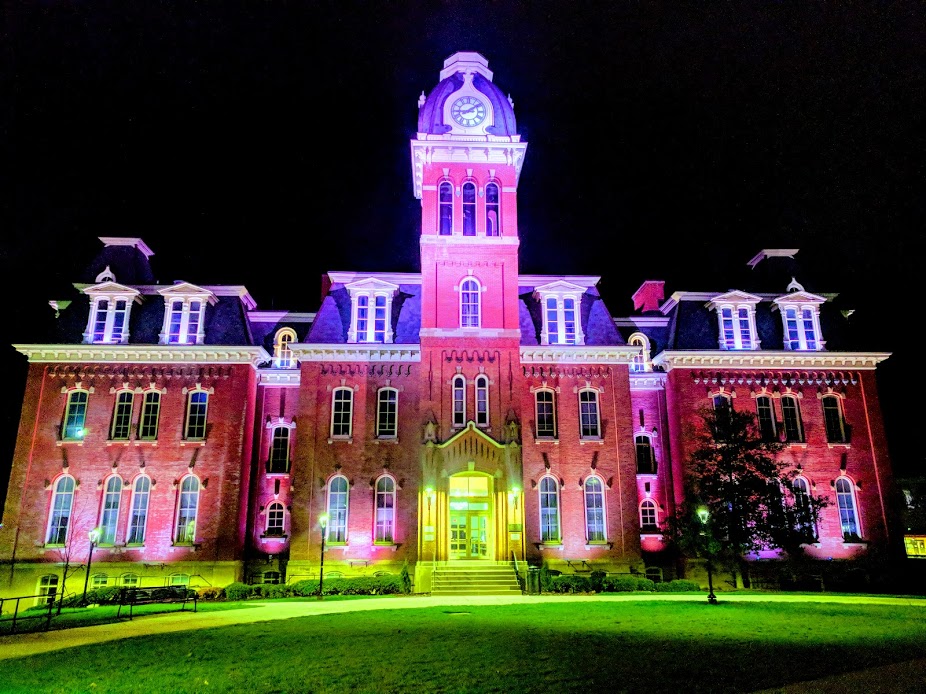 My skinny legs were tired so I figured I’d sit around at some bars on Morgantown’s main strip, High Street. First I stopped at CVS for some bottled water and toothpaste, essentials I had forgotten before leaving and likely not to be supplied by my hotel. I saw a couple of black students there and asked if there was a hip hop bar they recommended. The girl asked if I was looking to dance. I said I’d probably just sit around and people watch and drink. She recommended a place called Joe Mama’s.

I waited in Joe Mama’s line with freezing coeds dressed in cloth remnants. Unfortunately there was a $5 cover charge. I didn’t have cash on me, and as a veteran drinker I refuse to pay to get into a bar. I went to another bar a couple of doors down and had a Bulleit whiskey, and, perhaps inspired by the American flag draped across the bar, a Budweiser. I paid $6 total. With cheap drinks in hand, the country music coming from the jukebox didn’t sound so boring. 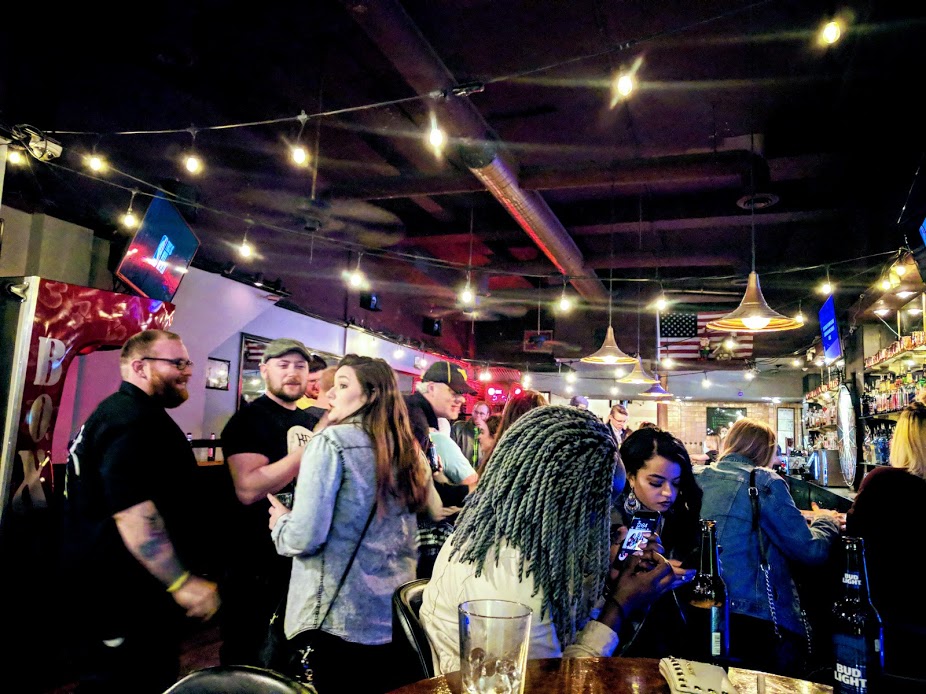 My last stop of the night was a concert venue called Mainstage. There wasn’t a performer that night, so it was more like a nightclub. The bouncer checked my ID and said, “Goddamn! 1979?” I explained to him that I was old enough to remember when Michael Jackson’s hair caught fire. He had no idea.

The music was good, but the dancing kids didn’t have full control of their limbs. I was getting bumped and stepped on. My boots, which I had superglued a year ago after the sole fell ripped, were in danger of falling apart. Getting a drink was more of a headache than I was willing to deal with. Plus I had to get up early and make it to D.C.

After leaving, I crossed paths with two white students making out and stumbling home, or maybe to an alley. The guy said to the girl, “I know you have a thing for black guys…” She answered, rotting breath close to my face, “Black guys are so hot.” Then she made a stupid Paris Hilton sexy face.

As a “safe-looking” black guy these incidents are not uncommon. Sometimes they’re just funny, other times annoying. It depends on two factors: 1) If the comments are anywhere as near as clever as Daniel Tosh’s; and 2) If police have killed an unarmed black man that particular week.

I said thanks and recommended they use protection (for the betterment of society).

I walked back to the hotel, concluding my short trip to Morgantown, but not before taking a selfie with Morgantown’s native son, Mr. Furley.

I went to Morgantown, WV, for training as a Waldenbooks manager. All I saw was the inside of the mall.

I actually thought about going in the mall, but it looked like it’s met the same fate as Randall Mall. Ewww!