When planning our first family vacation of the year, I had a few goals in mind: international, affordable, and fun. The kids needed to see the world outside of suburban Ohio, a world as diverse as they are; and we parents needed a temporary escape from the toxicity that has emerged in the United States. The result was an 11-hour family road trip to Montreal, Quebec with three wild boys, who, despite displaying some of their worst behavior of the year, had and allowed us to have a memorable time. Here are some highlights from our family road trip to Montreal.

Boul. St-Laurent
I woke up at 6 a.m. and left the sleeping family to have a look at the street art on Saint Laurent Boulevard, some of which was recently created as part of its MURAL festival in mid-June. The streets were mostly empty, but I could tell the night before was wild because I saw a guy on a high-fiber diet taking a dump behind a parking booth. Anyhow, the brotha on the mural, who I thought was Denzel for a second, is actually Jackie Robinson. He played for the Dodgers’ minor league team in Montreal. The giant mural of the white man is of writer and singer Leonard Cohen, whom I heard someone refer to as the “father of Montreal.” That mural is actually downtown on Crescent Street, which was near our hotel. If street art is your thing, Montreal’s right up there with Detroit as far as having plenty of it. Also, Habitat 67 was eye-catching. It’s an apartment complex that was built to showcase during the 1967 World’s Fair. It’s still open, and looks like an early influence on today’s pod communities. 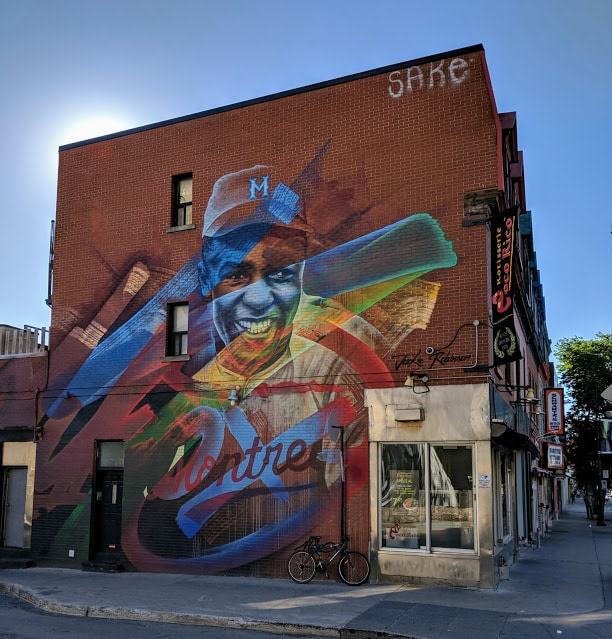 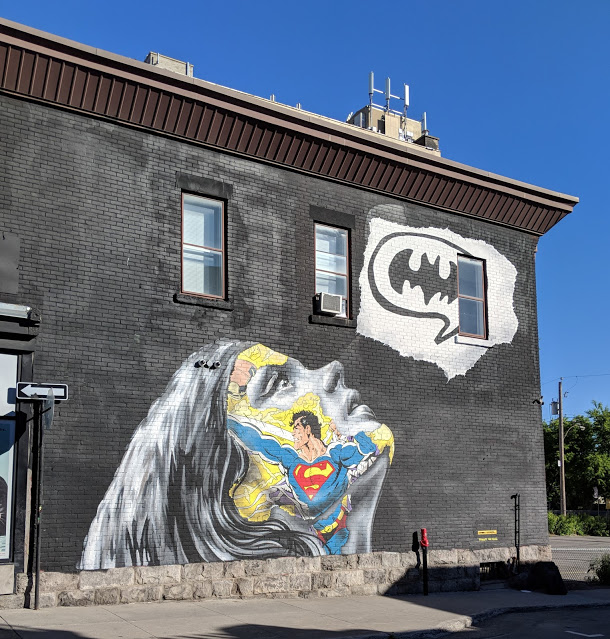 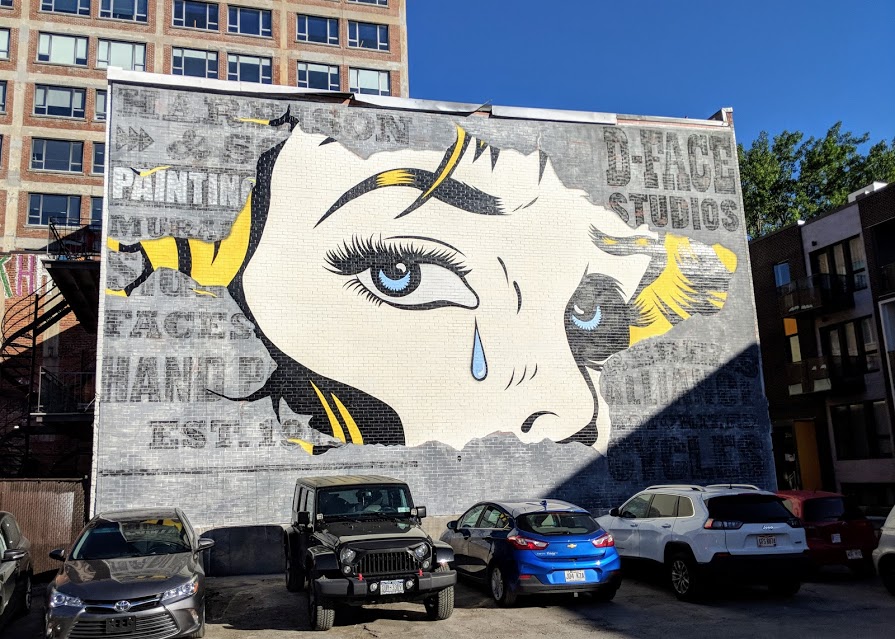 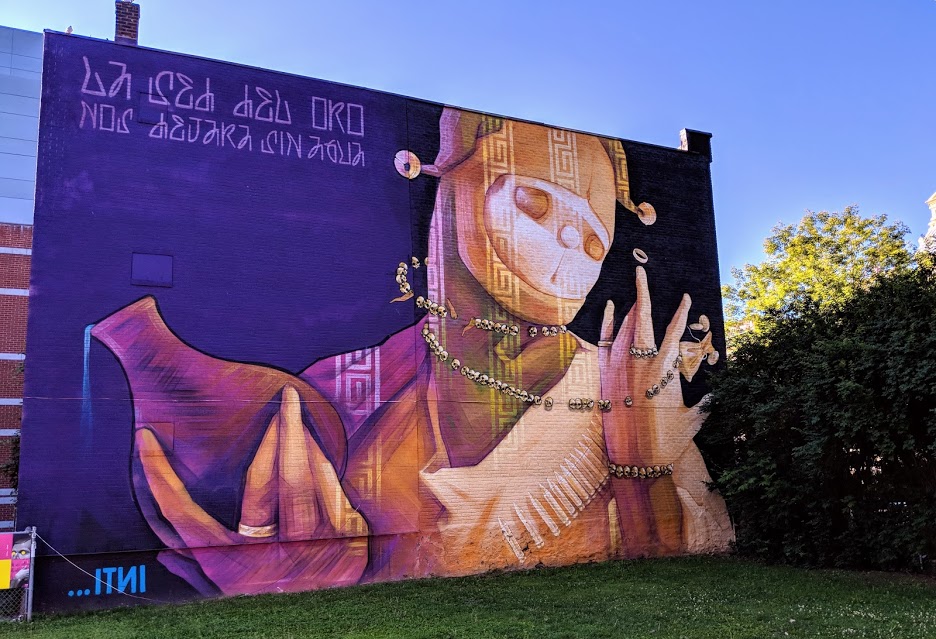 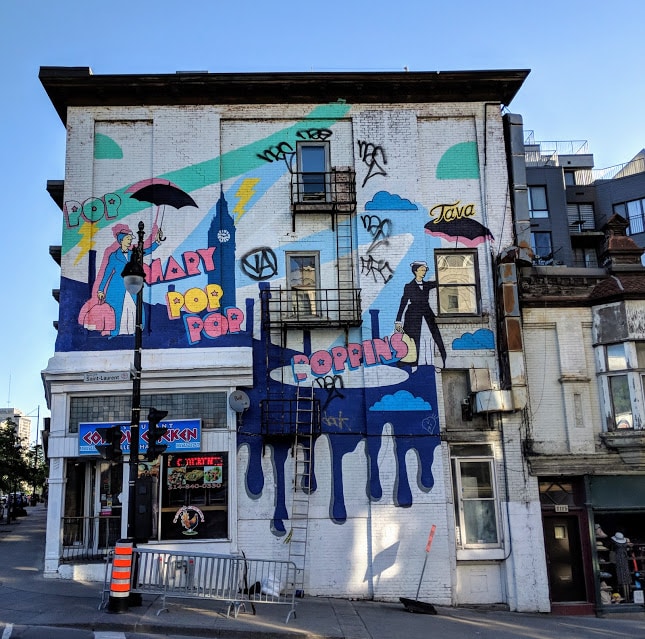 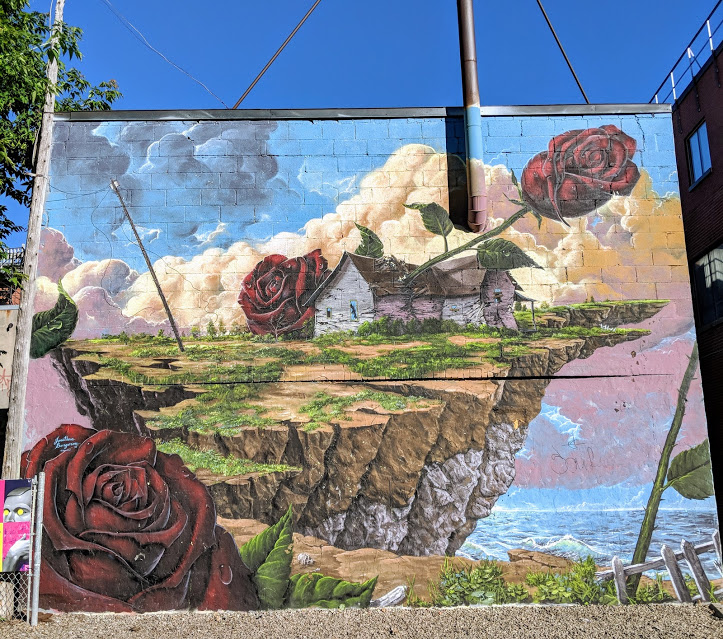 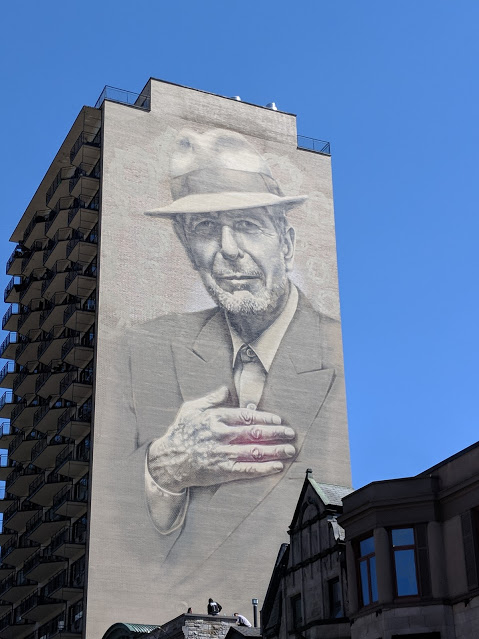 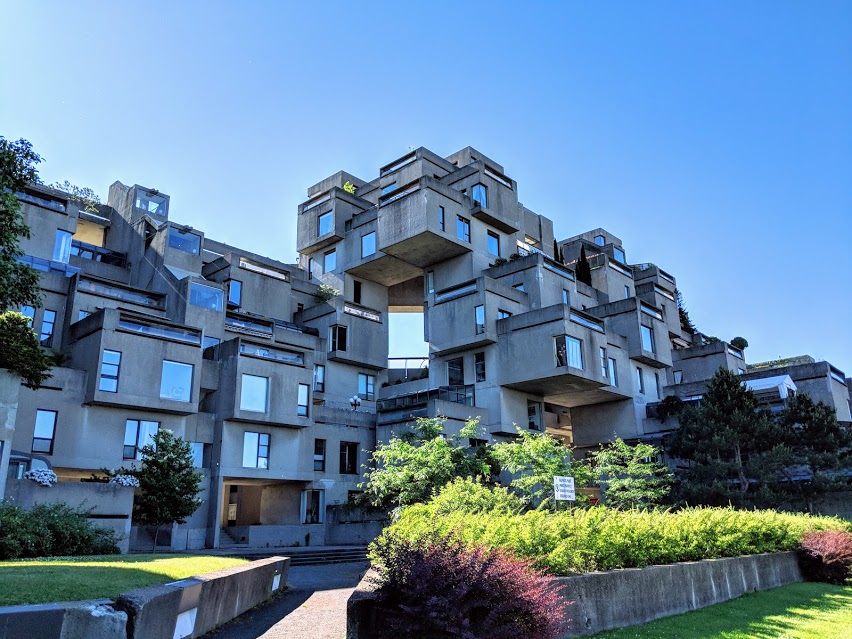 Parc du Mont-Royal
At this huge park overlooking the entire city, the kids chased squirrels and disturbed people who were picnicking and sunbathing. They also yelled at baby ducklings in the pond. We managed to find Salamander Playground, which none of the other guests seemed to have heard of. (It’s behind the park’s pavilion.) Good choice. There’s lot of stuff to climb and spin on, even for grown folks. At the park’s main viewpoint we found hip locals blasting music from cars and smoking weed. They seemed nice enough and laughed when the kids complemented the smell of their “fragrance.” Just wait until weed becomes legal in Canada on October 17, 2018. 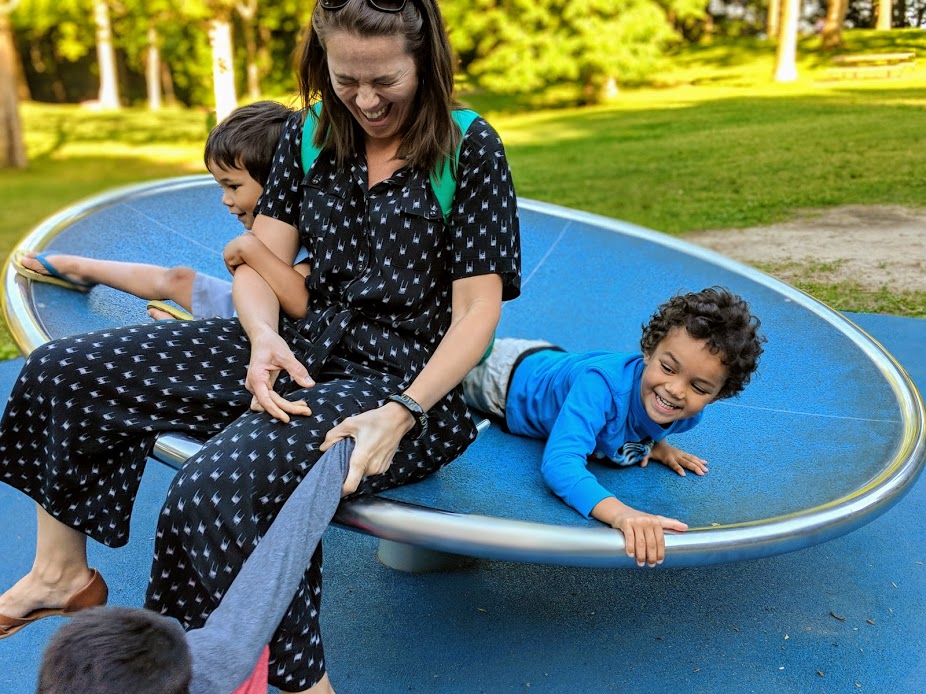 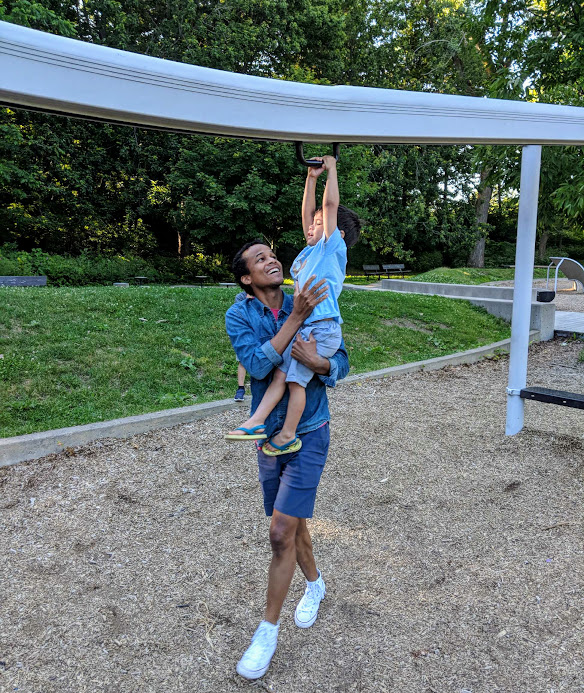 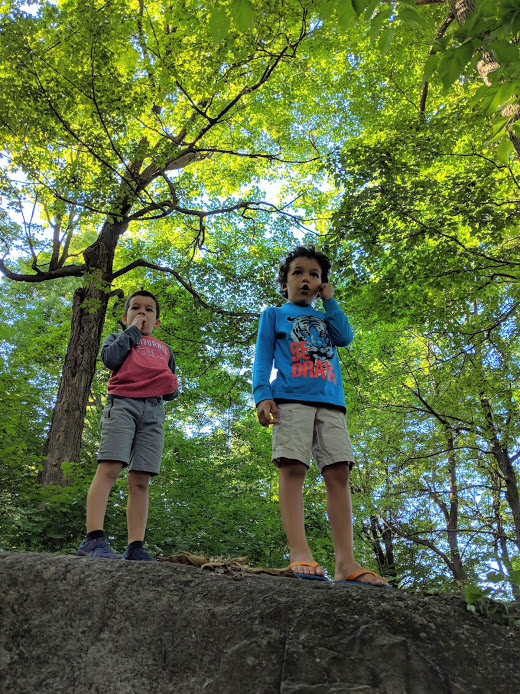 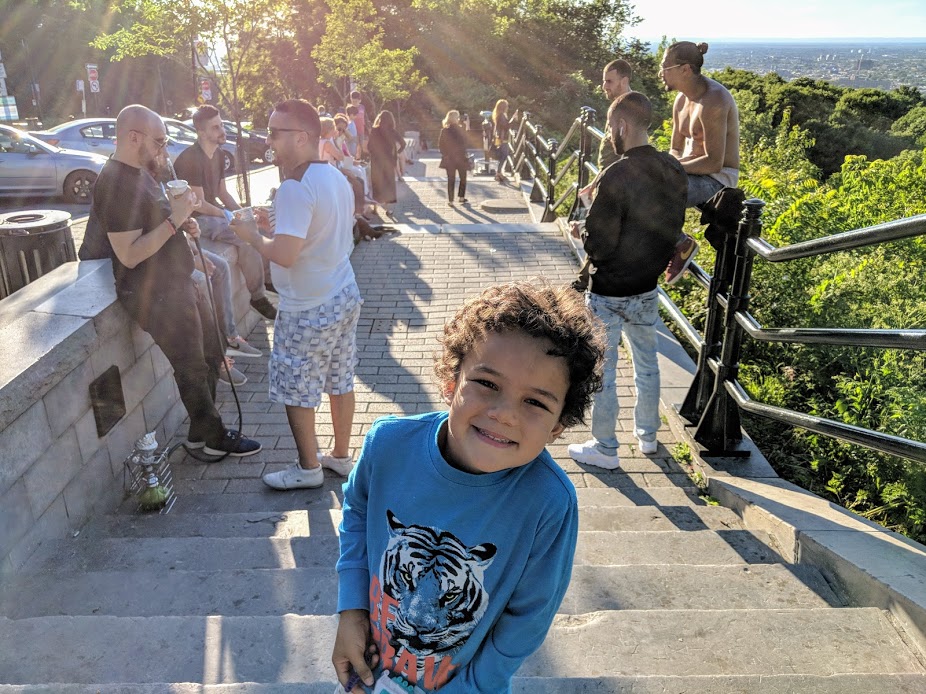 Montreal Botanical Garden
I was hoping to see Mother Earth, the giant garden sculpture that’s been all over the internet for awhile. Well, it’s not there, and I felt silly when the guide said it’s been gone for like five years. But there’s still a lot to see: frogs, coy fish, the Japanese Garden, the Chinese Garden, the First Nations Garden, and the Rose Garden. It’s a huge place, so kids have plenty of room to run around and scream. Too bad for the old folks who were seeking solace in the garden’s calm environment. They also have a kid-friendly Insectarium, which displays live and preserved insects. Interesting place, it made me think of my high school friend who had a roach crawl out of her VCR while on a date. 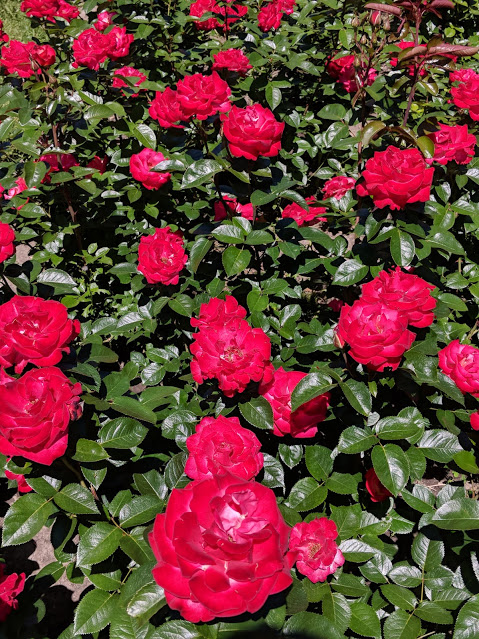 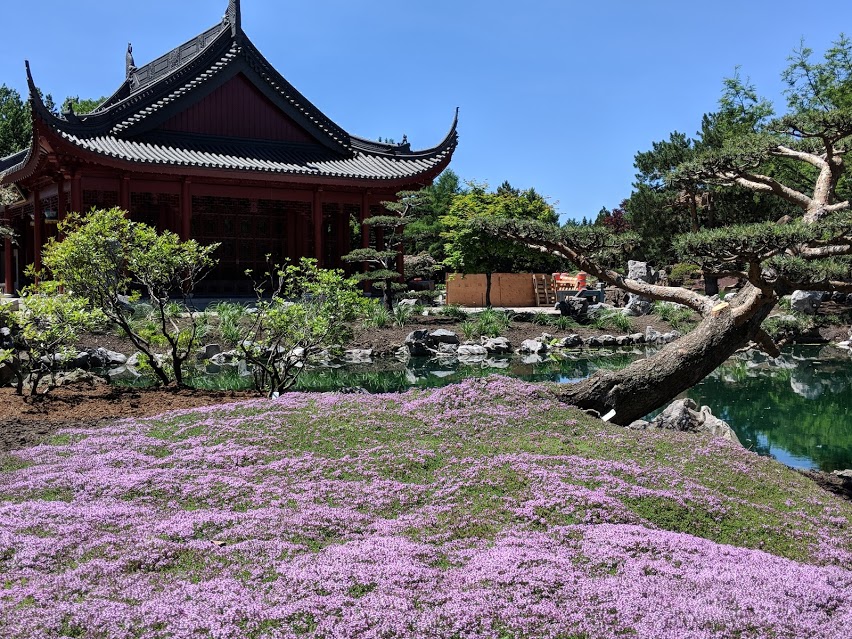 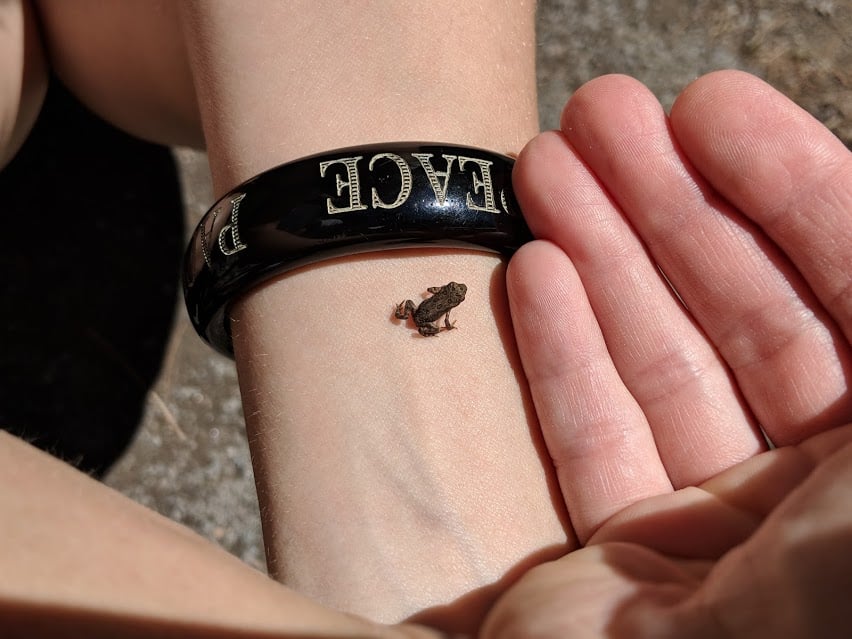 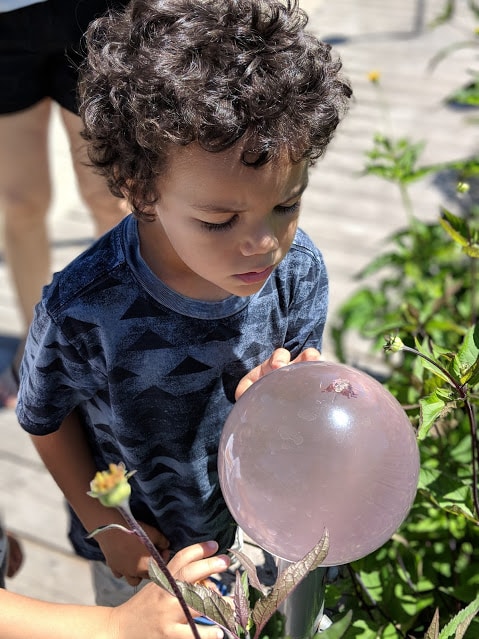 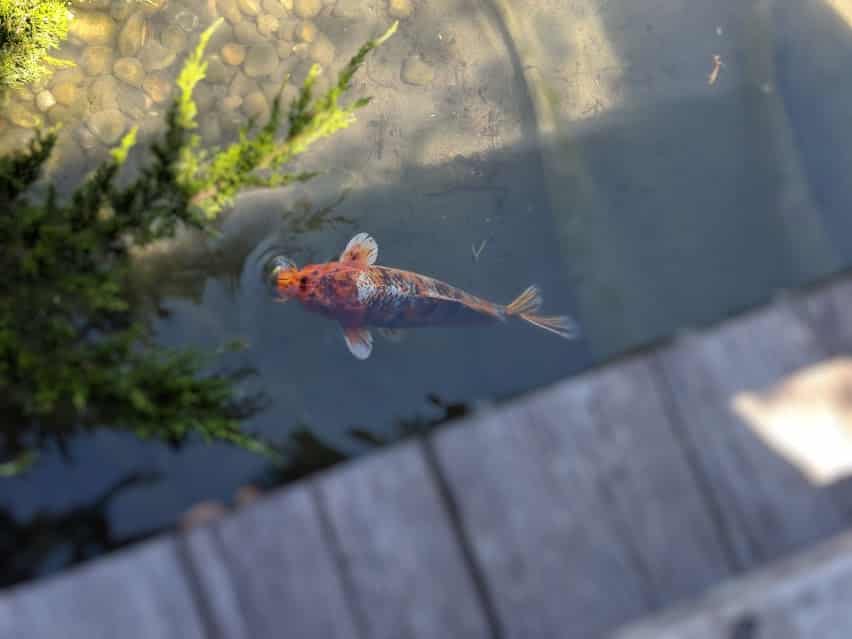 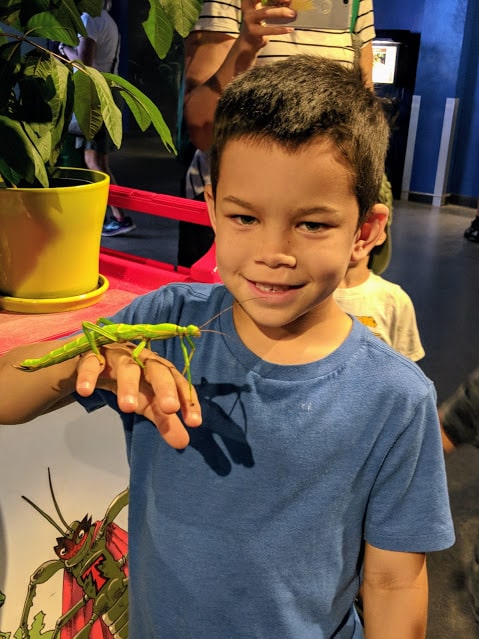 Marché Jean-Talon
Jean-Talon Market is a traditional French market with a grip of fresh fruits and vegetables. You can also find lots of good looking meat and seafood that made me wish we had stayed in an Airbnb instead of a hotel. Outside of food and people watching, there was a street performing duo that included a guy playing a “gigantic guitar,” as my son called it. Beware: Most of the vendors only accept cash (never heard of it), but there is an ATM on site. 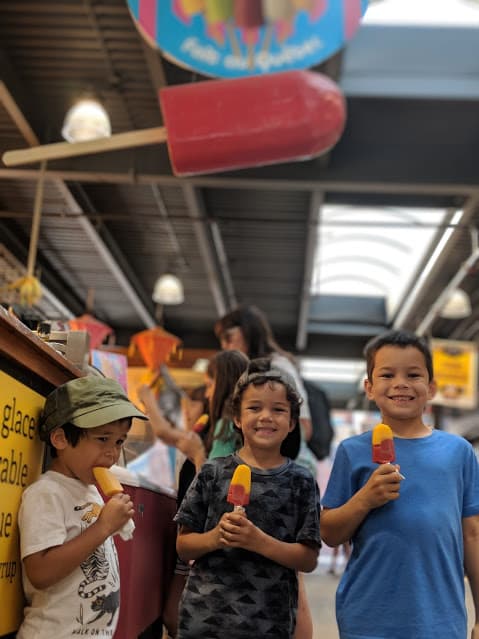 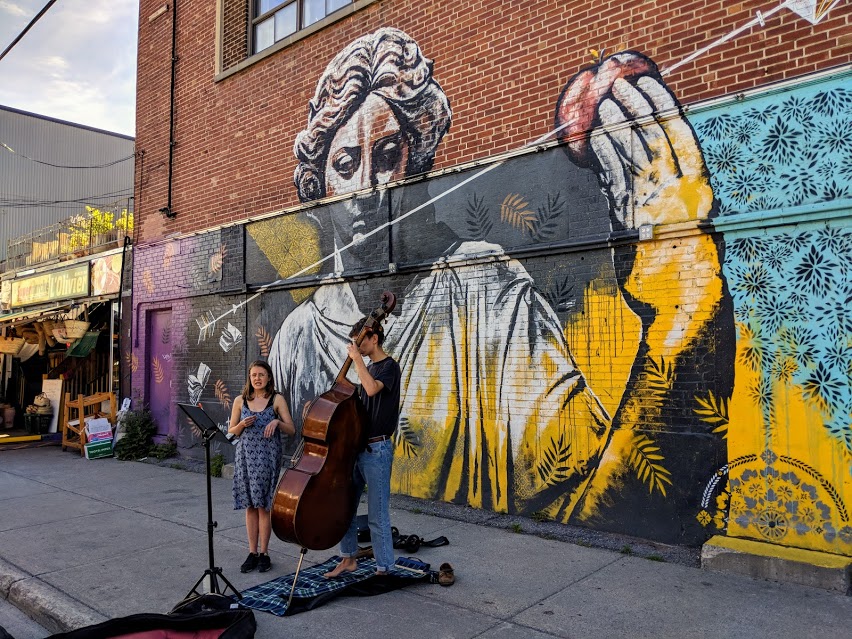 Hôtel Chez Swann
We stayed at Hotel Chez Swann, which I found on Hotwire for about $110 a night. It describes itself as the “newest hip boutique hotel in Montreal’s downtown district.” And dammit, I’m sure it is. There’s velvet in the rooms and a skylight that looks cool even if it wakes you up earlier than you’d like. The bathroom is huge with dual showers with multiple sprayers that clean your gooch and other hard-to-reach places. Service was great; the desk attendant gave us a 15-minute overview of Montreal and suggested areas to visit, most of which were within walking distance of the hotel. Plus he gave us a free upgrade to a suite after he saw we had multiple offspring. Oh yeah, the hotel offers a free continental breakfast in its restaurant. That saved us at least $20 a day and kept us away from Tim Hortons. There are thousands of Tim Hortons in Canada. Oh, Canada… 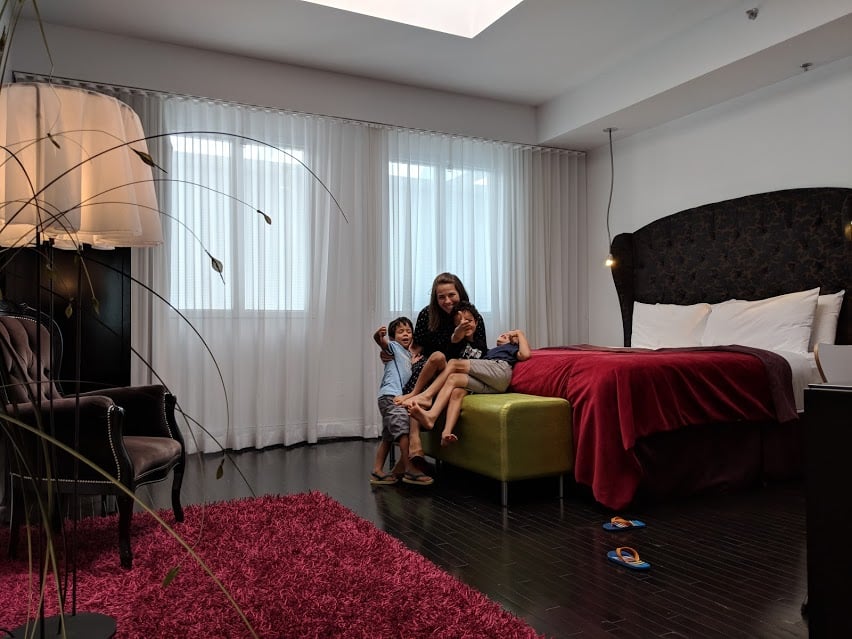 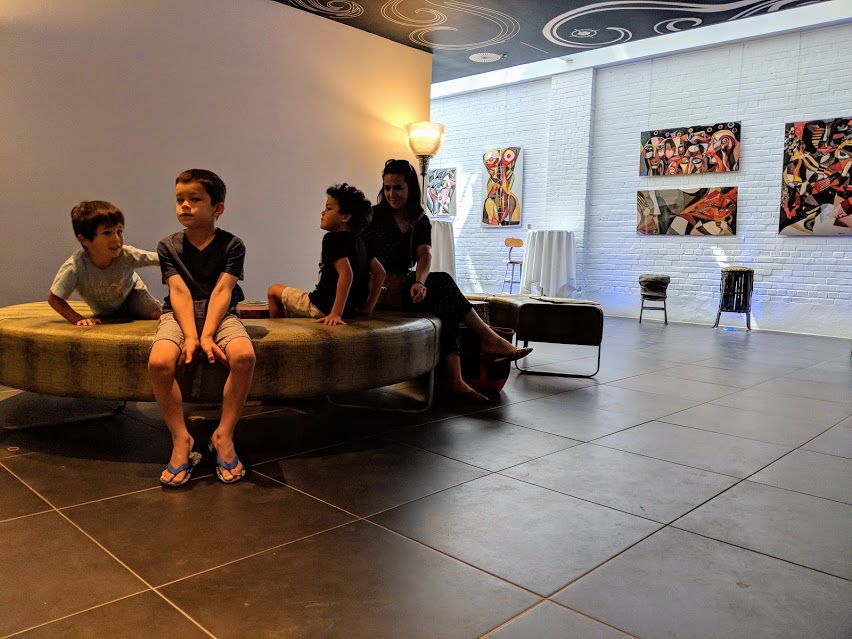 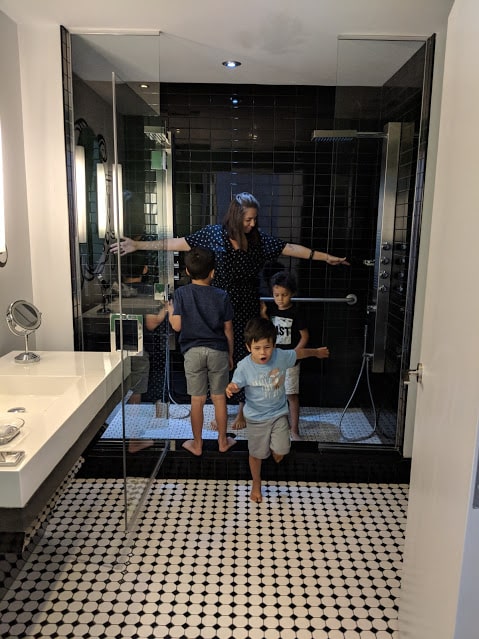 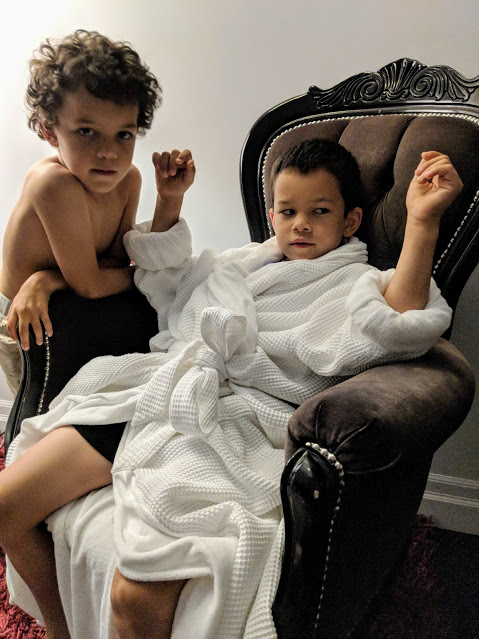 Montreal is a stunning city–welcoming, colorful, and reasonable–in a country that seems to best exemplify the ideals that the United States claims to stand for…you know, like, diversity and not putting asylum-seeking toddlers in detention centers. Still, it’s hard to visit the same place twice when there are so many new places to discover (on a limited budget). But we’ll be back, though probably without the kids since we didn’t get enough drinking and sightseeing in.