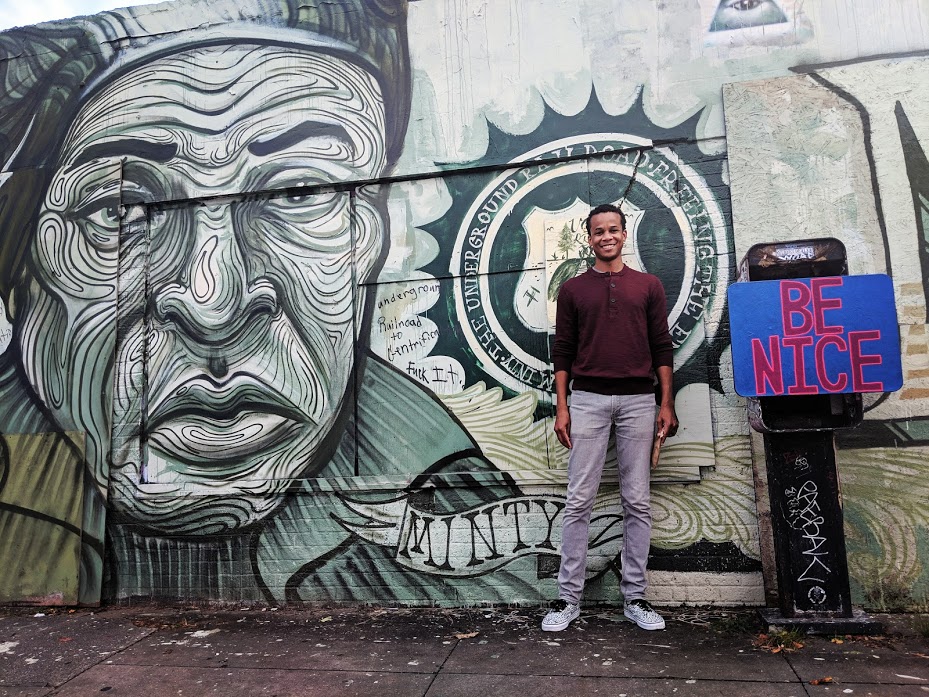 I visited New Orleans for the first time five years ago and immediately knew Bourbon Street was not for me. Perhaps watching hours of Girls Gone Wild infomercials had ruined the wow factor, or maybe I was simply too old, but awkward high-fives with tourist bros while drinking pastel slushies until you upchuck didn’t seem like much fun. Well, at least according to what I learned from listening to mixtapes by NOLA native Lil’ Wayne Weezy F. Baby Please Say The Baby. Thankfully I had the chance to make another short visit last weekend and explore New Orleans (a bit) off-the-beaten path.

Sausage Party On Frenchmen Street
Frenchmen Street is a Bourbon Street alternative for people who appreciate a fun night out but would rather not party to the edge of death. My first stop on the two-block strip was Dat Dog, a bar specializing in hot dogs with fancy toppings. I got the Son of a Saint 2018. It’s an alligator dog with bacon, onions, tomatoes, and jalapenos. How good was it? Well, I went back the next day to get another. Check it out below. In the words of the frail, balding white man who walked by as I was eating: “That f**king thing looks good, brother.” 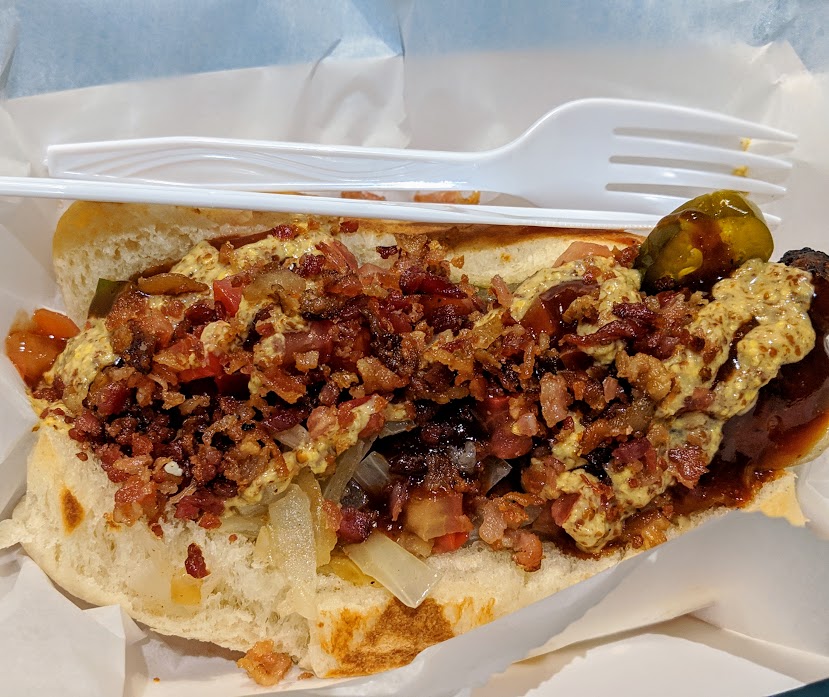 After the dog and a couple beers, I barhopped through Cafe Negril, Maison, Blue Nile, and another spot that I can’t recall. All were crowded but it was still possible to breathe. I’m not a huge fan of live bands, which most of the bars had, but who can say no to a live rendition of “Tootsee Roll.” I mean…”Cotton candy, sweet to go, let me see that Tootsee Roll!”

Unfortunately, as is often the case when I’m traveling alone, I became a sad drunk and began missing my family. Not to the point where I was willing to pay one of Frenchmen Street’s poets-for-hire to compose a sonnet to my wife but enough to drain me after a day of work and travel. I walked down Bourbon Street on the way back to my hotel and saw this guy about to tip over. See, told you. 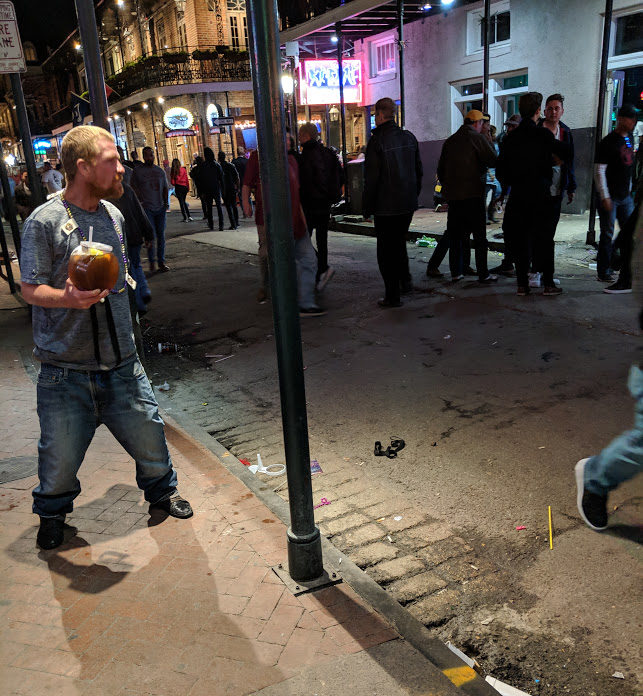 Disturbing The Peace At Lafayette Cemetery #1
New Orleans’ oldest and most famous hangout for the deceased is St. Louis Cemetery #1. Nicolas Cage has a tomb in waiting (talk about thorough retirement planning) and it’s the resting home for many of the city’s most famous and infamous residents. Unfortunately you now need a tour guide to visit because a bunch of sickos were vandalizing the place.

To avoid the hassle of finding a tour guide, I walked to Lafayette Cemetery #1 in the city’s Garden District. The tombs were just as extravagant, or in some cases, just as dilapidated, as the St. Louis Cemetery resting places I saw online. For a cemetery, and I had never actually been to one, Lafayette was happening. There was a guy at the gate yelling, “One dollar COLLLLLD waters!” and a bunch of people taking selfies next to the tombs. But after about 10 minutes, I began to think, “Man, we all end up here just like these people. Just gone.” I had to get up out of there. 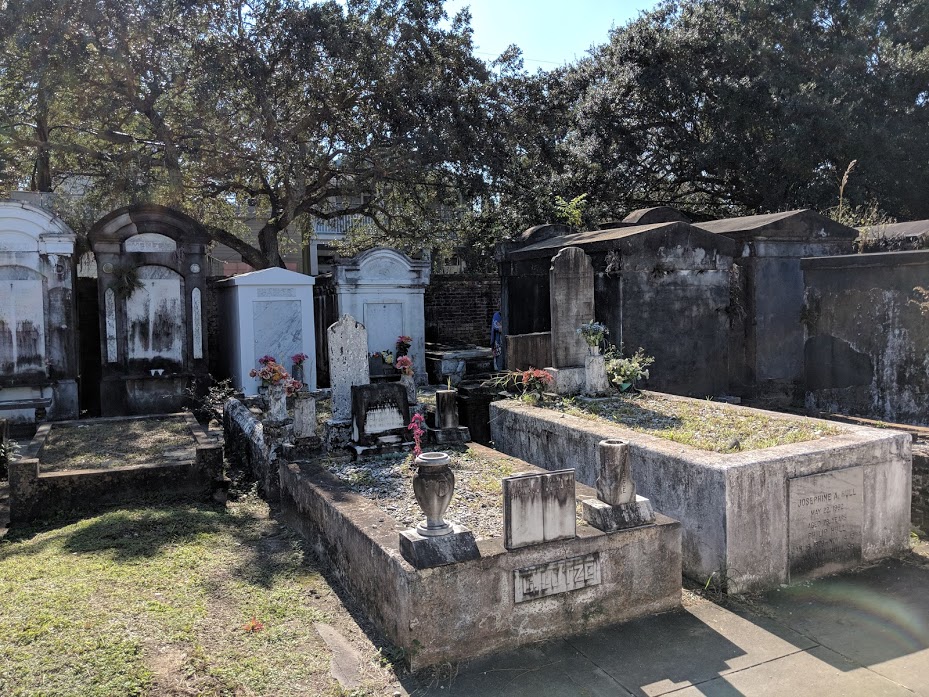 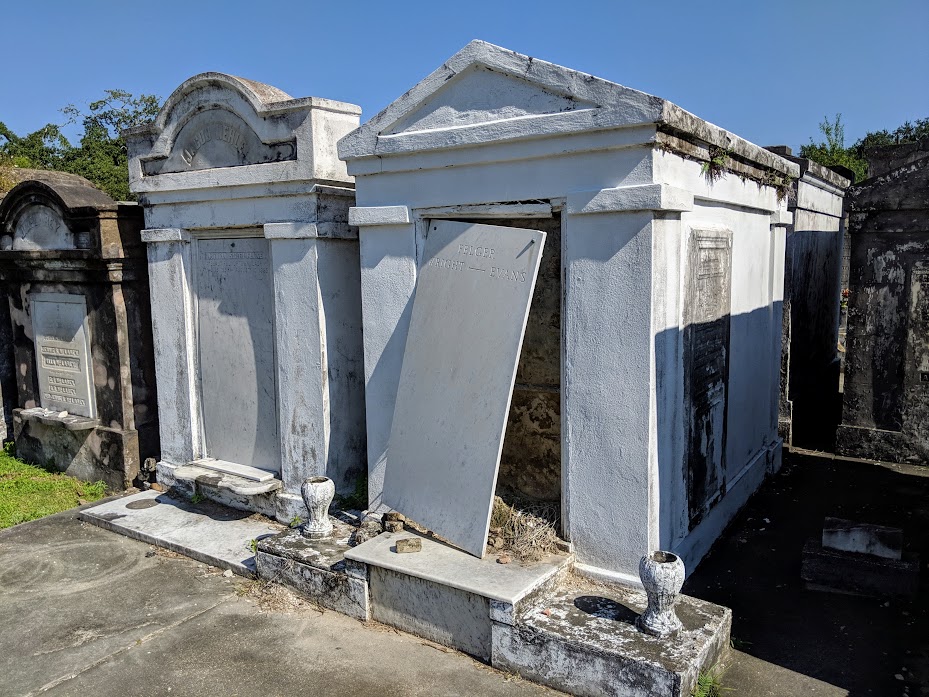 Walking Just About The Entire Six-Mile Magazine Street
After the cemetery, I checked out some of the classic homes in the Garden District. Diversity disappeared; the neighborhood felt like old money. But I kept exploring and ended up on Magazine Street, a six-mile strip of shops and restaurants. There were lots of little artsy stores that catered to people with money who do wild shit like buy furniture while on vacation. After walking at least four miles down the road, I accepted that the only thing I really wanted to spend money on was beer. I had a NOLA Blonde Ale and then walked a couple miles to Popeyes on Canal Street which, get this, had run out of hot sauce! I felt how lactose tolerant people feel when McDonald’s ice cream machine breaks. 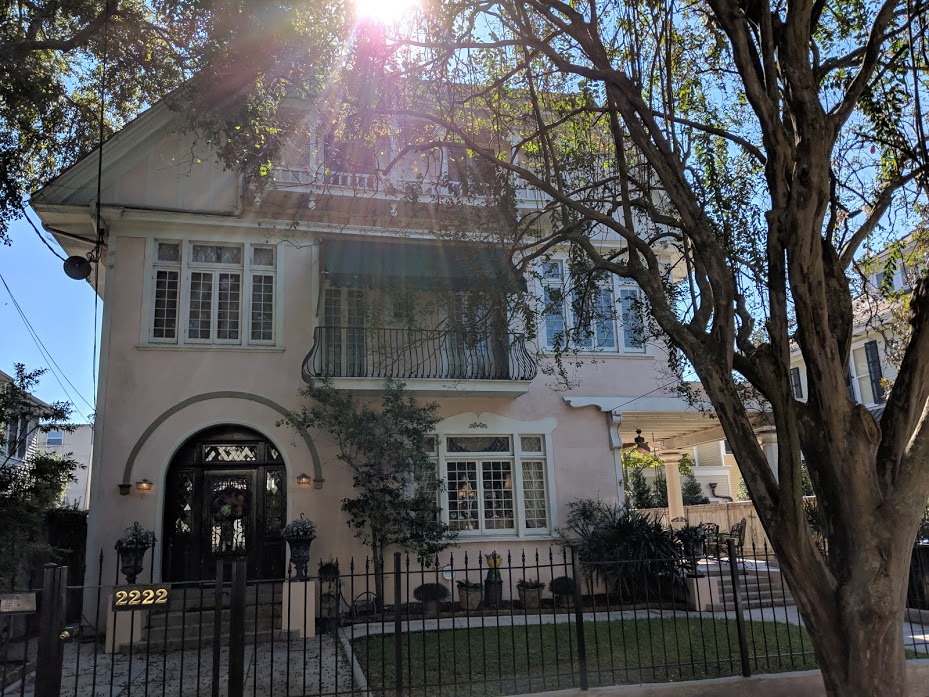 Some Church Up In Here!
Popeyes gave me the bubble guts for a few hours, which cut down on my time to walk around town. No disrespect to Popeyes–it always does that to my stomach and I still eat it on occasion–but I felt like the extra toilet use would have been worth it if, again, they had not run out of hot sauce. Anyhow, after downing some Pepto and taking a nap, I walked to the famous St. Louis Cathedral, a tall church smack in the middle of New Orleans’ center of sin. I snapped some pictures and did a bit of research on New Orleans’ religious history, which led me to St. Augustine Catholic Church the following morning. 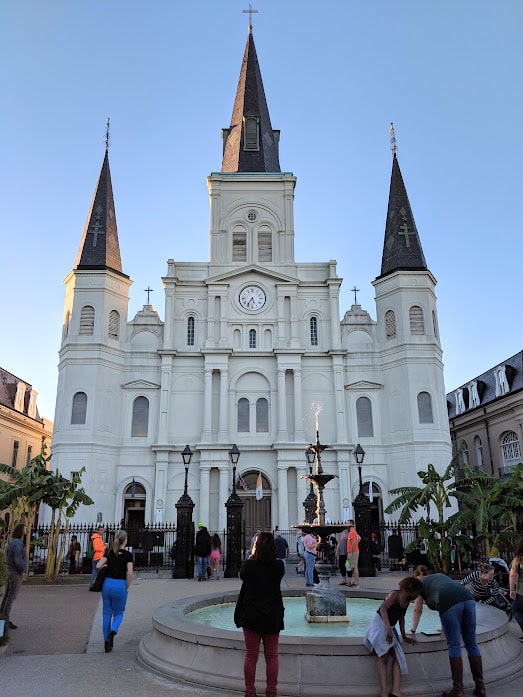 St. Augustine Church is the first black Catholic parish in the U.S., founded in 1841. It’s in Tremé, America’s oldest black–and still very black!–neighborhood. Honestly, I’m generally not a big fan of church. As far as uneasiness goes, attending church is up there with devouring the gristle off a chicken bone in front of white folks I’m not married to. So I sat in the last pew in case I had to dip out of there. And I did after an hour, though I appreciated the priest addressing the Catholic sex abuse scandal head-on. Just please keep it under an hour, Father. But overall the visit was worth it. I got the good word and had the opportunity to see the Tomb of the Unknown Slave, a chain and shackle sculpture honoring those who built this country and died without any sort of recognition. 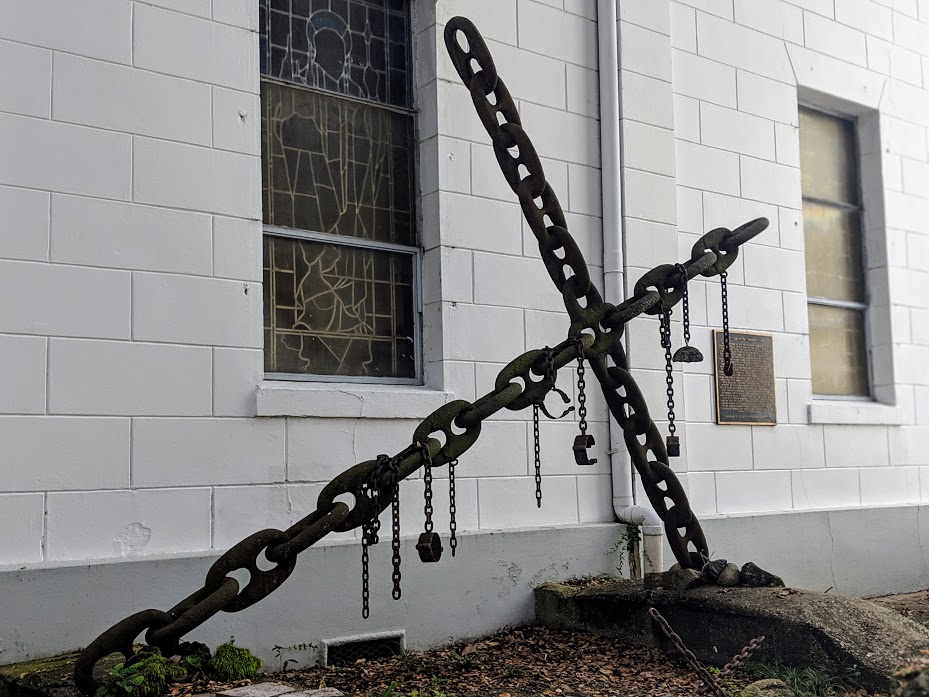 Marigny and Bywater
The last stop on my somewhat off-the-beaten-path trip to New Orleans was to Marigny and Bywater, just up the street from Frenchmen. Yes, it’s gentrified. Look no further than the six-dollar avocado toast at St. Roch Market and the ultimate sign of peak whiteness nearby: an indoor climbing wall. But there was also lots of soulful street art. I took a grip of pics and shamelessly asked a young African woman, who was striking multiple poses in front of a Harriet Tubman mural, to take a picture of me. She took 12. Instagram is serious business, man.

I ended my walk through the neighborhood at Kajun’s Pub, a dirty and sticky little bar with a unique crowd: a couple brothas, two trans women, white women, and an arguing older couple. I had another NOLA Blonde Ale and eavesdropped conversations. A small, loud guy said, “If you have anxiety and work for us, I’ll punch you in the f**ckin’ mouth.” I gave a courtesy laugh that was not deserved. I finished my beer and made the 40-minute walk back to my hotel on Canal, just barely avoiding Bourbon Street. 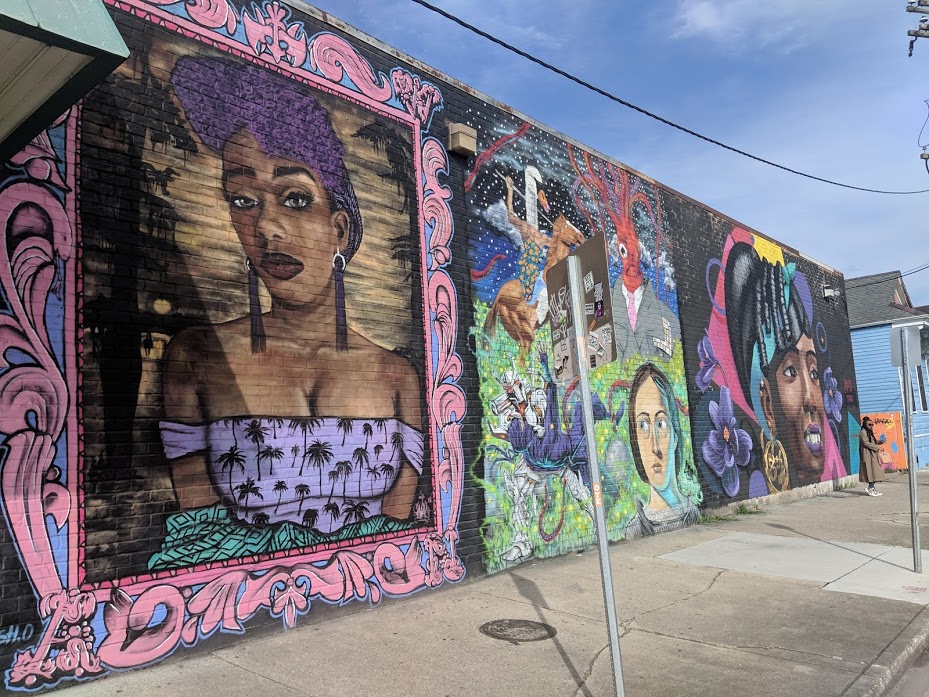 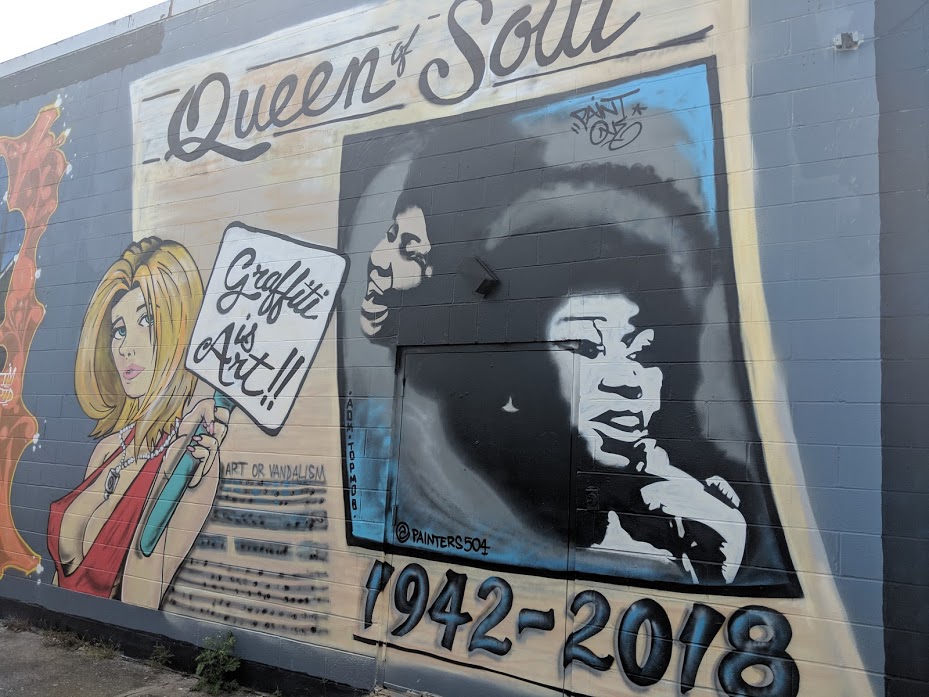 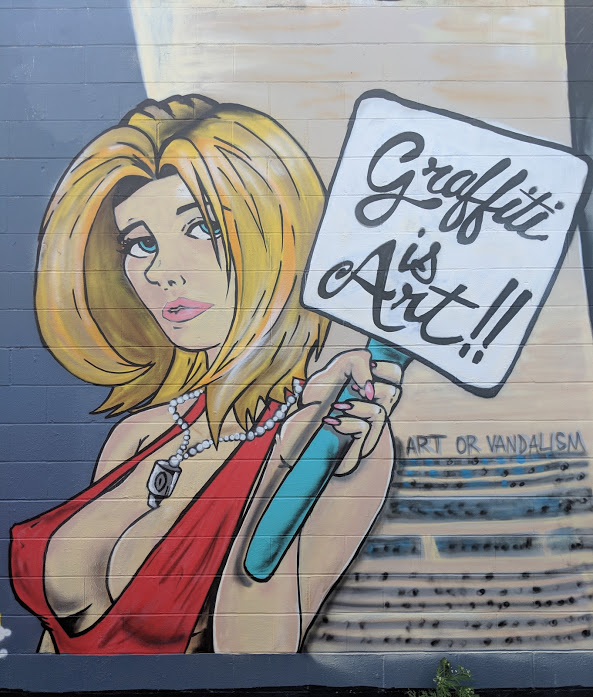 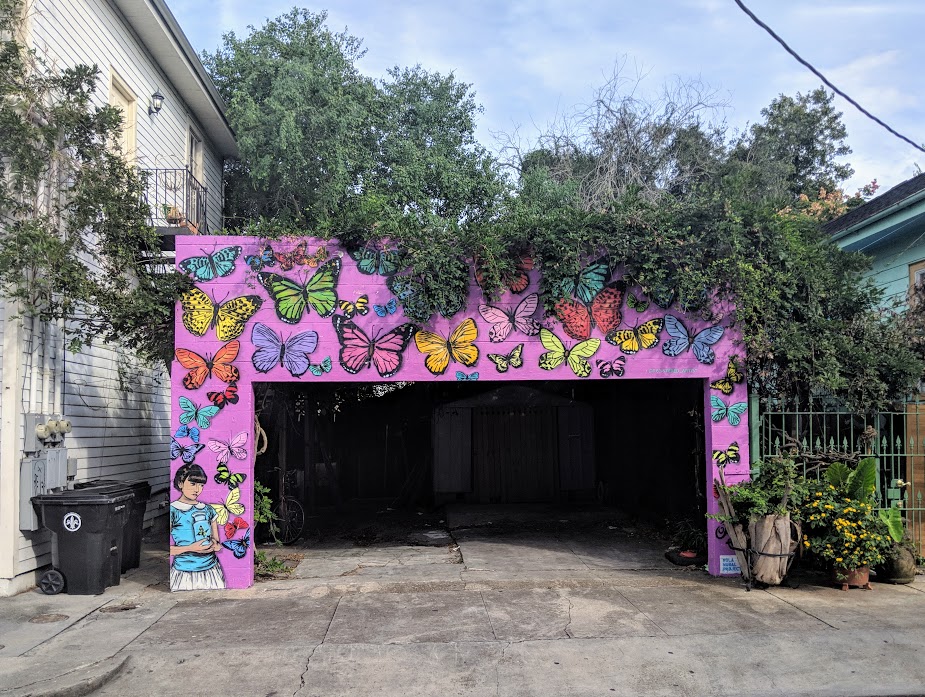 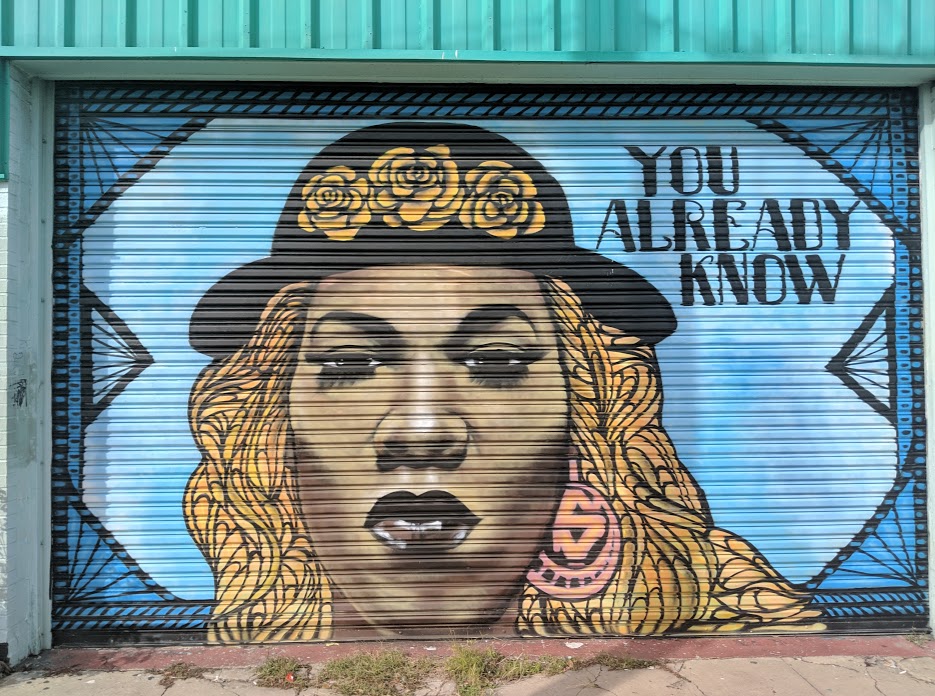 I’m visiting NOLA for the first time, and this is the best thing I’ve read while researching things to do. Thank you!

I appreciate that! Thanks for reading!