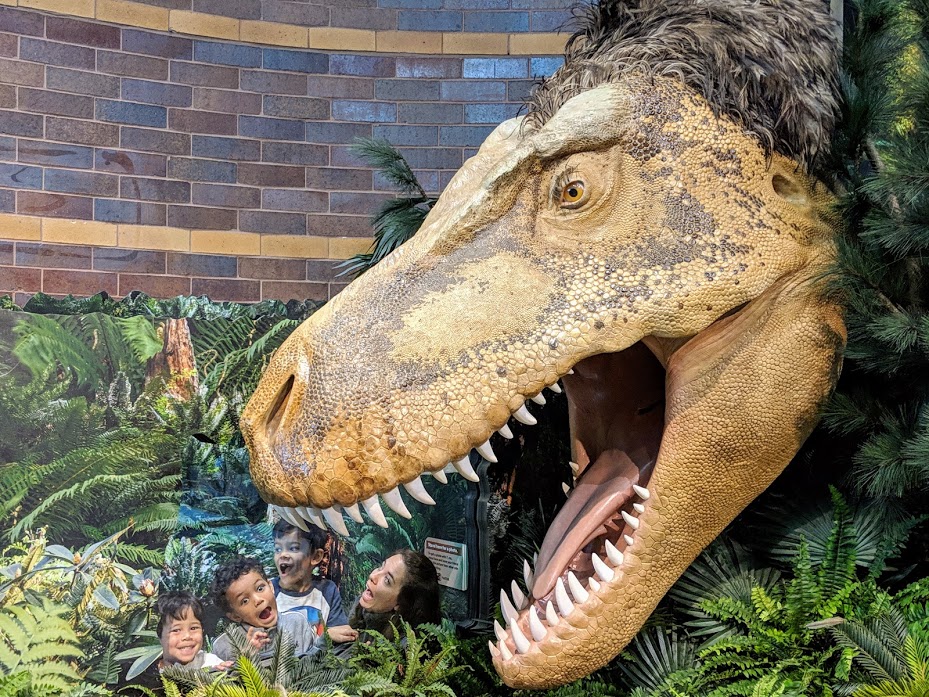 At close to 500,000 square feet, the Children’s Museum of Indianapolis is the world’s largest of its kind. It may also be the most expensive. The cost of admission varies by day but usually ranges from $20 to $25 on weekends. For that amount of money I could take the entire family to a Wu-Tang concert. They’re also for the children. Thankfully, I was lucky enough to find a hookup on the museum tickets via Craigslist. Some dude named Ali, whom I call Ali The Hustleman, had a family membership. He walked the five of us in for $30. Here are some pictures from our long day at the museum.

When you enter the Children’s Museum of Indianapolis, the first thing you see is a giant Transformer. This lets you know it’s going to be a hell of a day. There was also a dinosaur near the main entrance trying to break into the building. 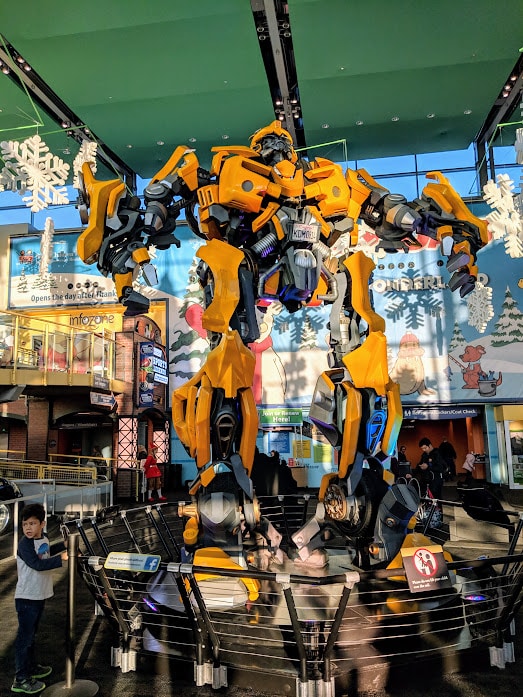 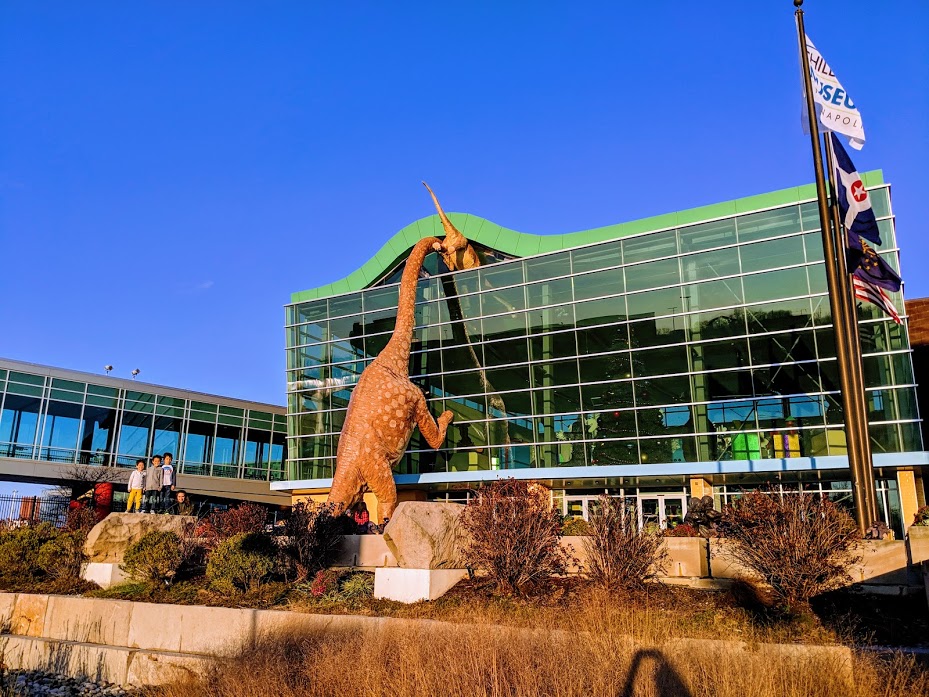 The kids went down an elevator that showed a brief film about excavating China’s terra-cotta warriors. My kids read and watch Goosebumps, so the dark elevator freaked them out a bit. But they were fine by the time they got a chance to dig for and reassemble replicas of the warriors. 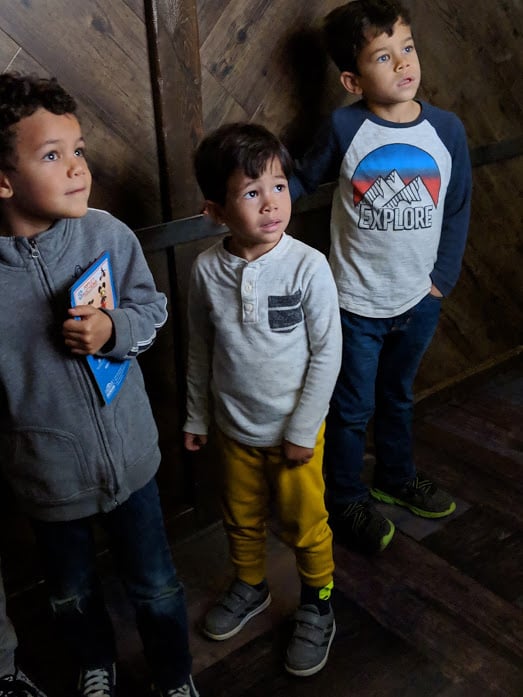 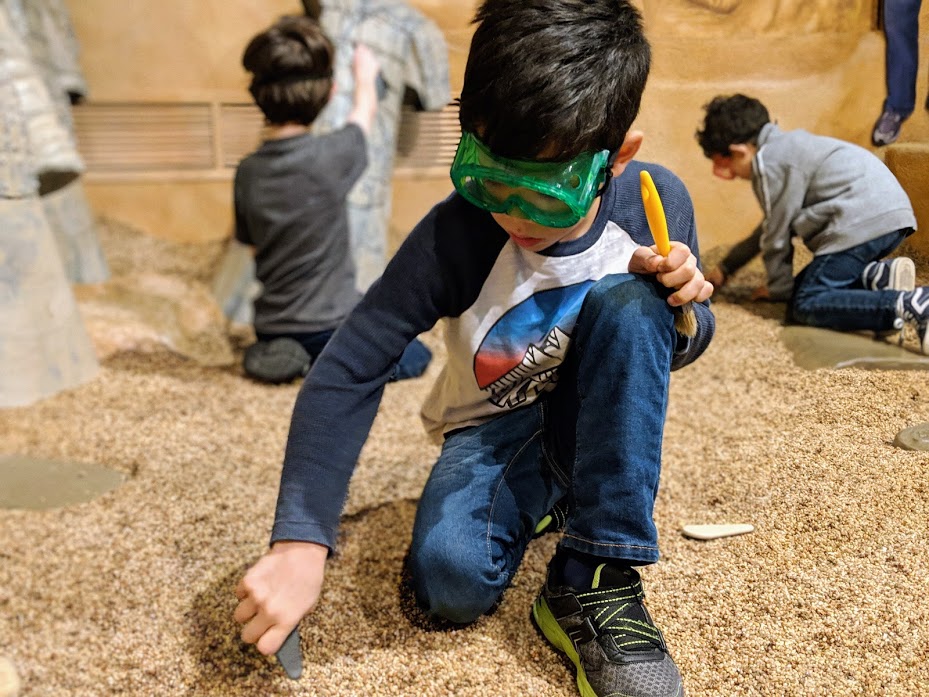 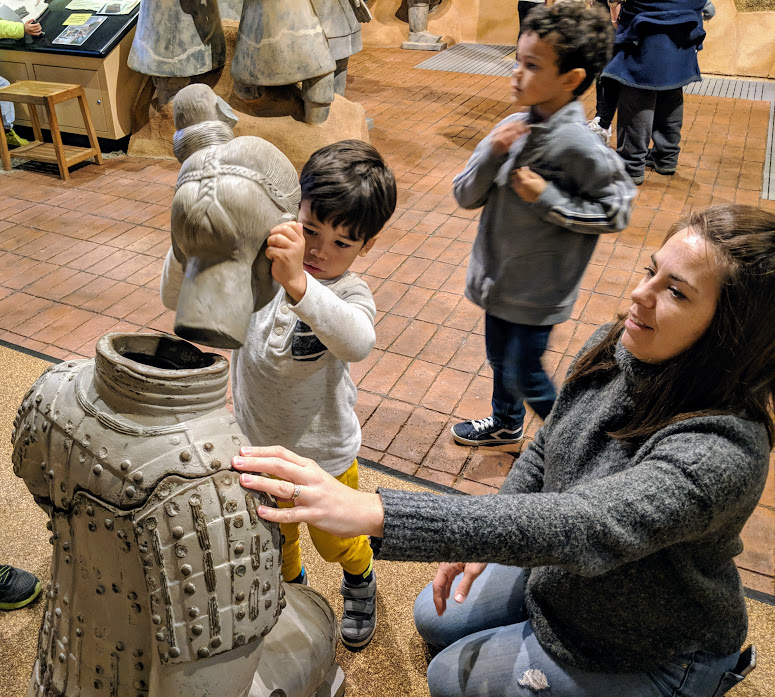 A small part of the space exhibit. I’m not too sure of everything that was going on, but it was an opportunity to push a lot of buttons, and kids love pushing buttons. 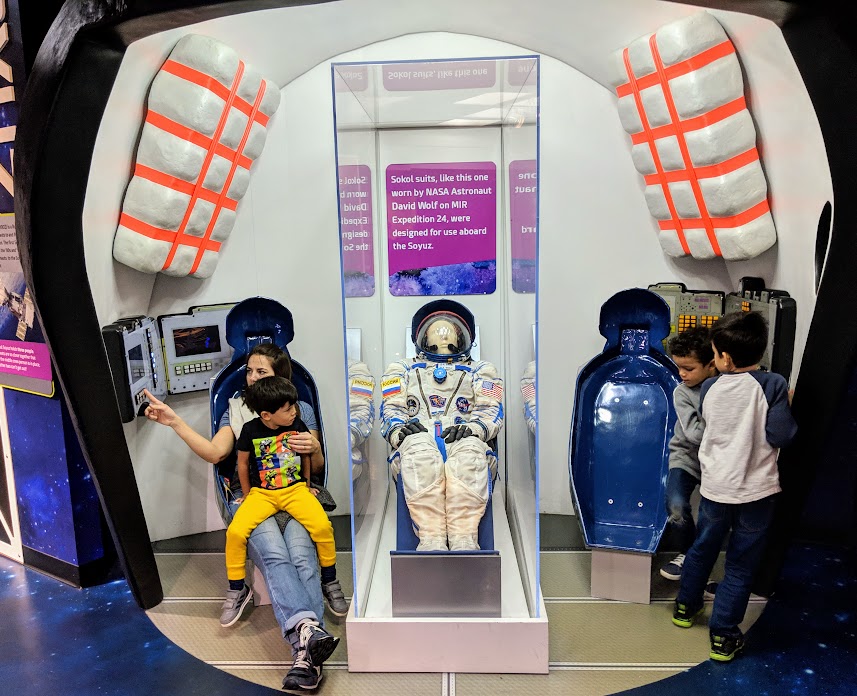 There’s an antique carousel near the fun house portion of the museum. It costs a dollar per person if you’re not a museum member. The machine wouldn’t accept our cards, so Amber spoke White to the operator and he let us all on for free. 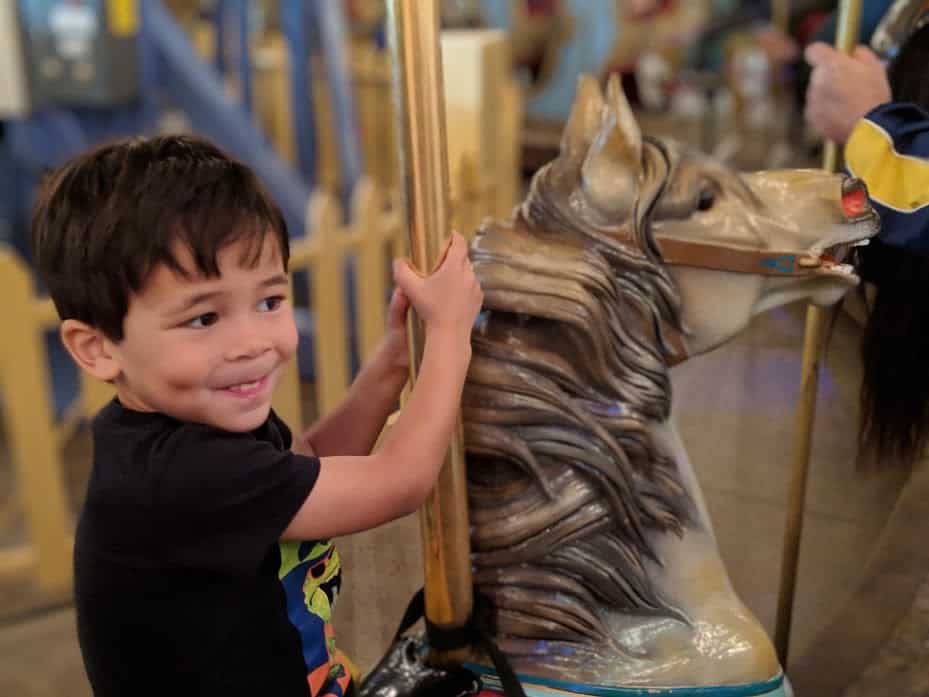 These are mirror balls from the fun house exhibit. Actually they had a lot of different mirrors and places for kids to crawl and hide. The only thing missing was a scary clown. 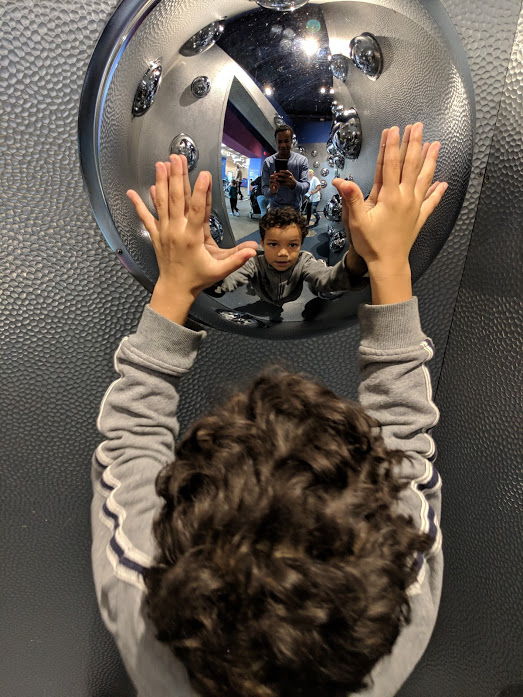 The Playscape exhibit is great for energy burning. Kids can splash in the water tables and climb walls, giving parents time to relax and judge other families. 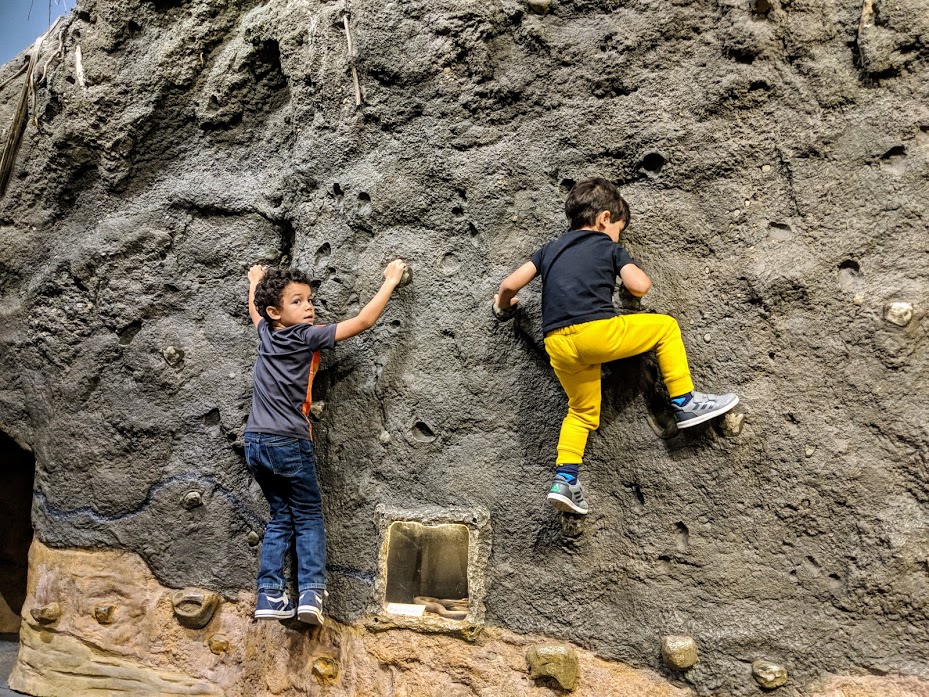 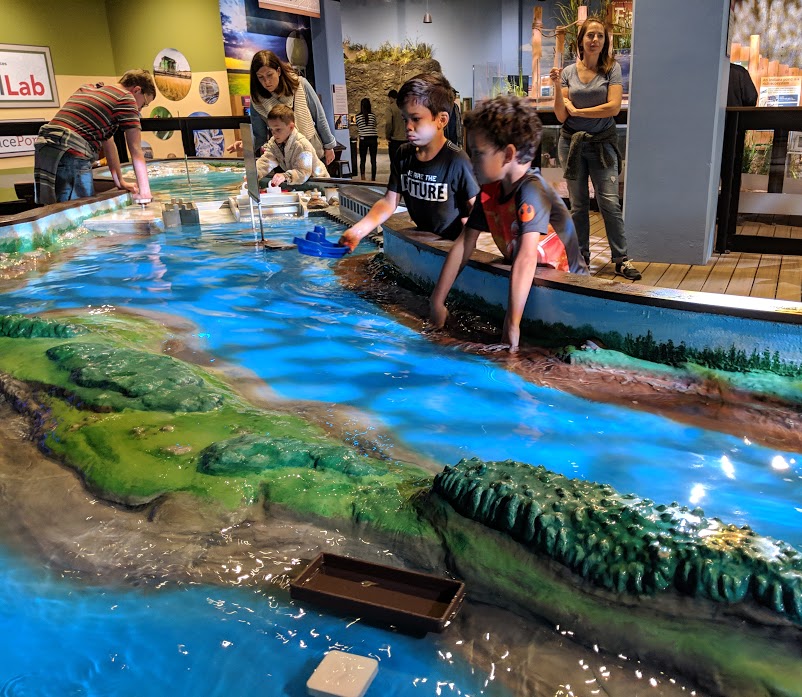 Here are pictures from the Ripley’s Believe It or Not section of the Children’s Museum, where you can see a robot version (he sits and stands) of the world’s tallest man, Robert Wadlow, among other natural wonders. Warning: Your kids will spend the next few days asking you how Mr. Wadlow got so tall, though they’ll find it difficult to understand the function of one’s pituitary gland. 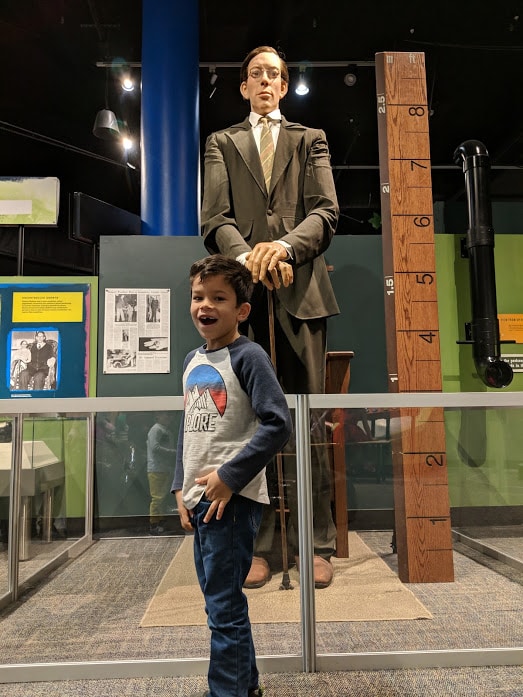 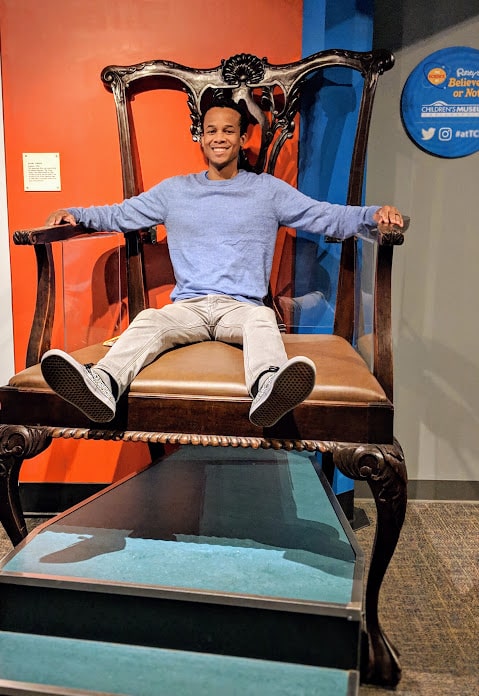 ‘Tis the season for debt and celebrating Jesus’ birthday on the wrong day. The museum had free a meet-n-greet with Santa. My middle boy didn’t want to go anywhere near Mr. Claus. According to him, Santa should already know what he wants because “he knows what’s in my mind.” Good point. Oh yeah, there was also a 45-minute live rendition of The Snow Queen. The kids found it funny; I found the dark theater to be a perfect setting for a nap. 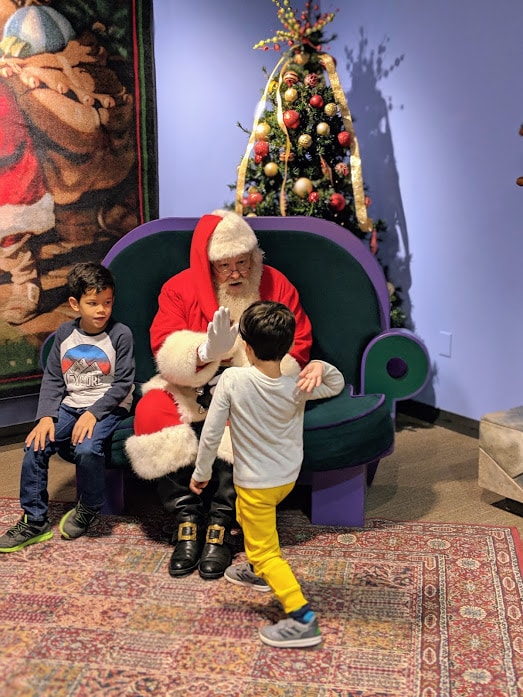 We spent nearly five hours in the Children’s Museum of Indianapolis and still didn’t see every exhibit. And that’s just the inside. There’s an entire athletic complex outside (the Sports Legends Experience) that was closed for the winter. Even if you can’t find Ali The Hustleman for discount tickets, a visit to the Children’s Museum of Indianapolis is well worth the price. If you’re frugal like me, be sure to bring your own food, lest you end up with swaggerless pizza at $4 a slice.

Note: This last picture isn’t from the Children’s Museum; it was taken near the Soldiers and Sailors in Downtown Indianapolis after we went to the Pacers versus Spurs basketball game. I figured I’d post it since we made the kids pose in the rain at 11 p.m.

Love it Dewan, thank you for sharing!

Thanks for reading. Have to catch up next time I’m in SD!