Home Travel Two Nights In Playa Del Carmen, Mexico (Trying Not To Look Like A Gringo)

My love for Mexico is well-noted. Except for the Tijuana cop who robbed me of $20, its people are proud yet open and despite circumstances that are often less than ideal, they make things happen. Last weekend I took a two-night trip to the Playa Del Carmen for my friends’ wedding. By the way, please invite me to your wedding. I no longer hit on bridesmaids, but I do bring great energy, dance moves, and/or memorable speeches to your reception. (This assumes your wedding has an open bar.) Anyhow, here are some pictures from my two-night trip to Playa Del Carmen. 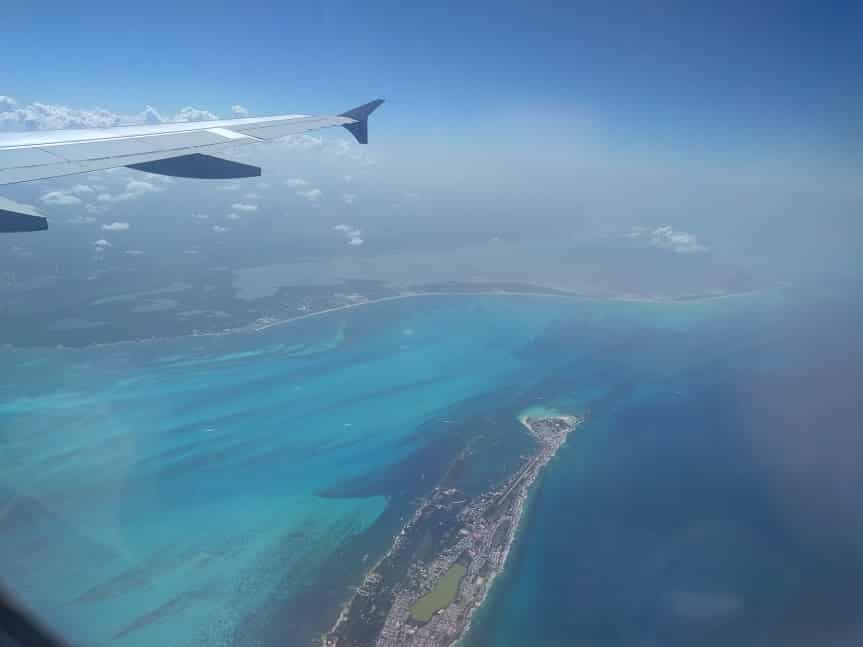 My incoming flight passing Cancun. Felt weird to fly with a major carrier. They had leg room and their flight attendants didn’t make out with passengers. 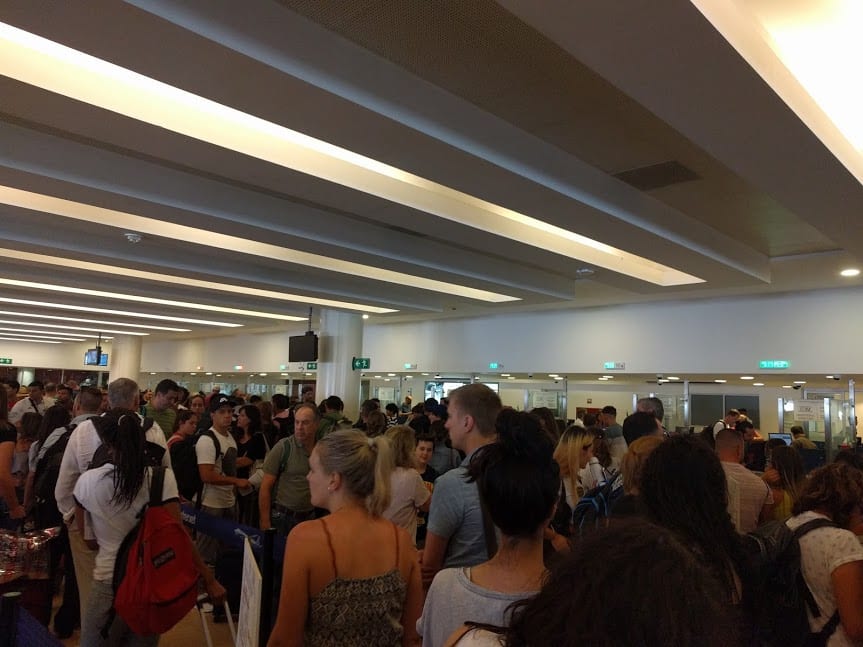 The customs line in Cancun. Despite a robust man-print, I was not pulled into secondary inspection. 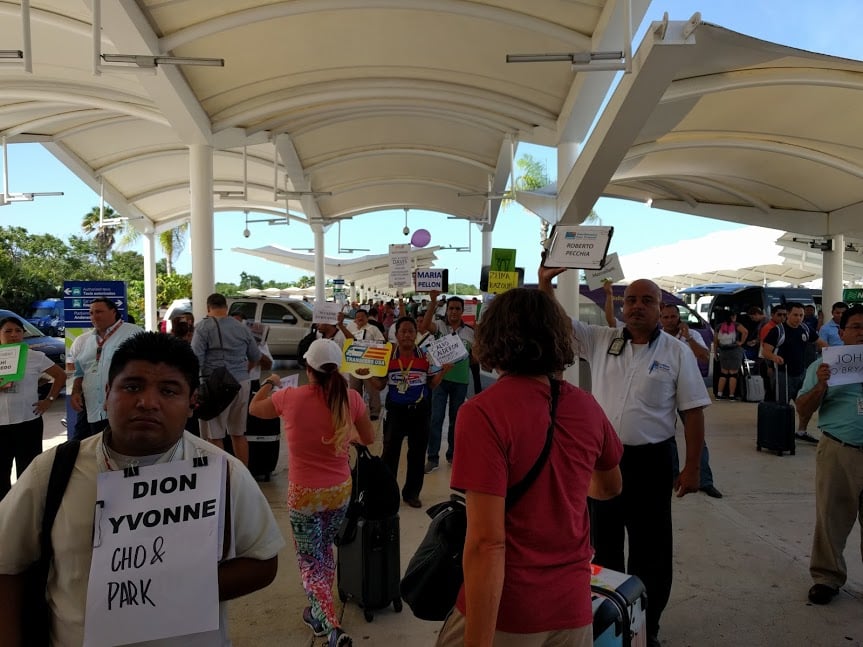 VIPs had people waiting outside the airport. I took the ADO bus from Cancun to Playa Del Mar ($12). 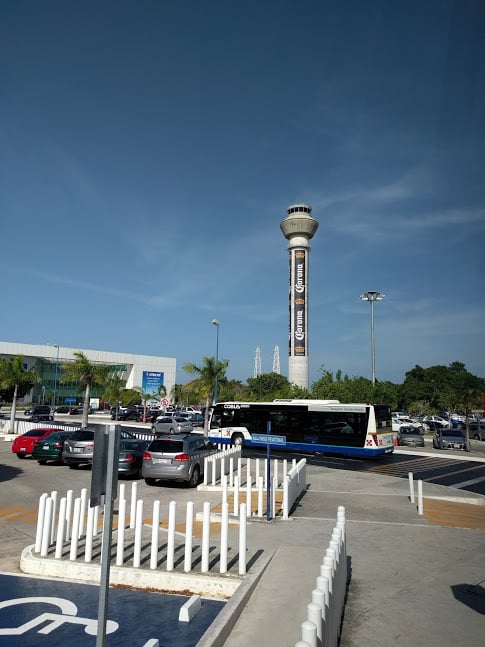 Nothing says gringo like a Corona air traffic control tower in Mexico. 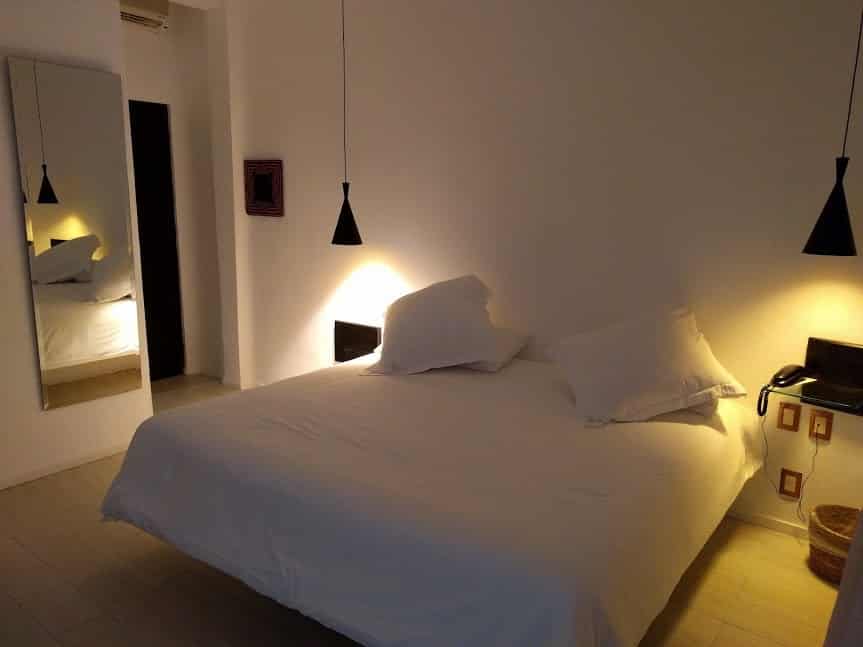 My lil’ $90 room at the Hotel Kinbe. It was steps away from the main strip (Fifth Avenue) and the beach. 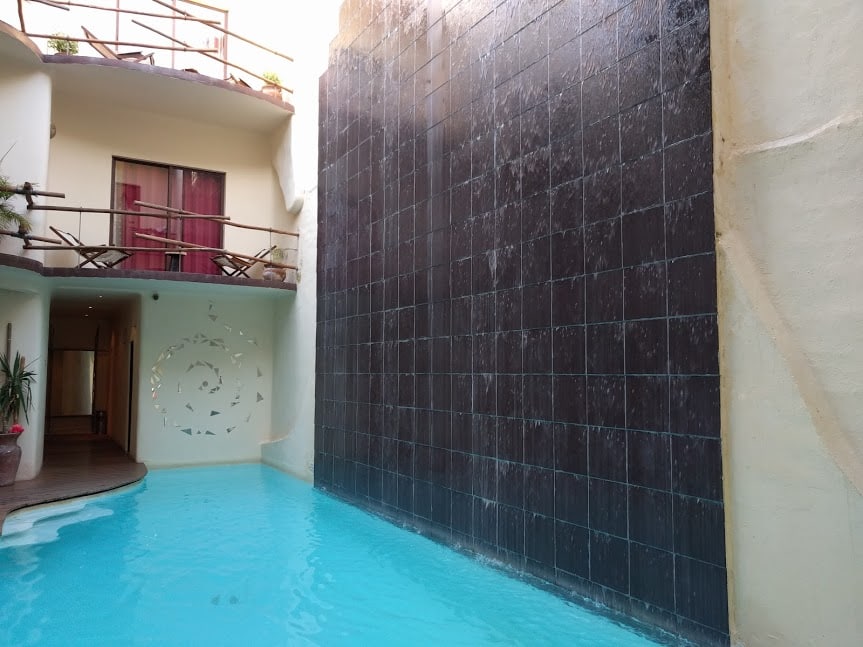 The waterfall pool outside my room. I didn’t have my kids with me so I felt OK about giving others folks’ kids mean looks for being loud. 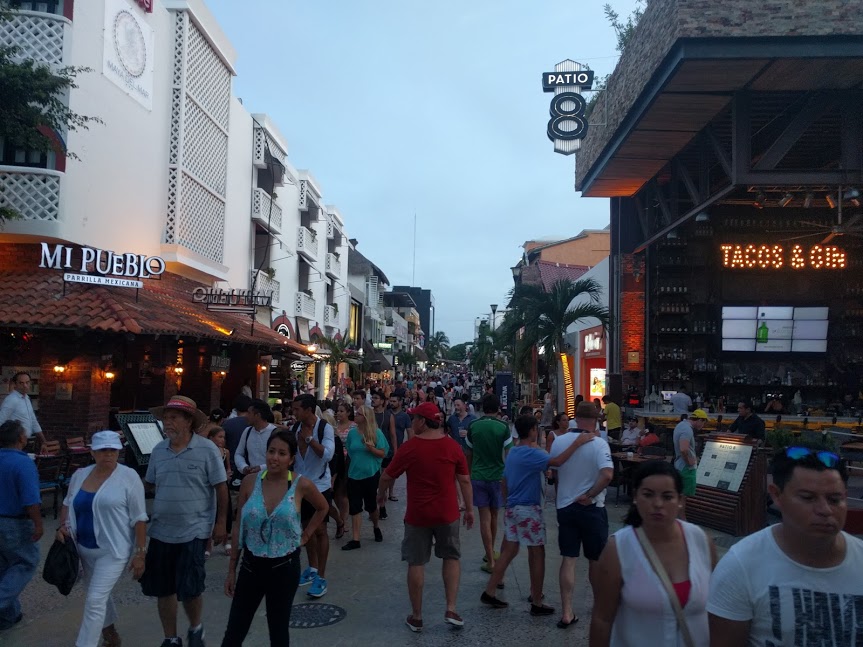 Fifth Avenue in Playa Del Carmen on a late Friday afternoon. It gets even more packed around 11 p.m. 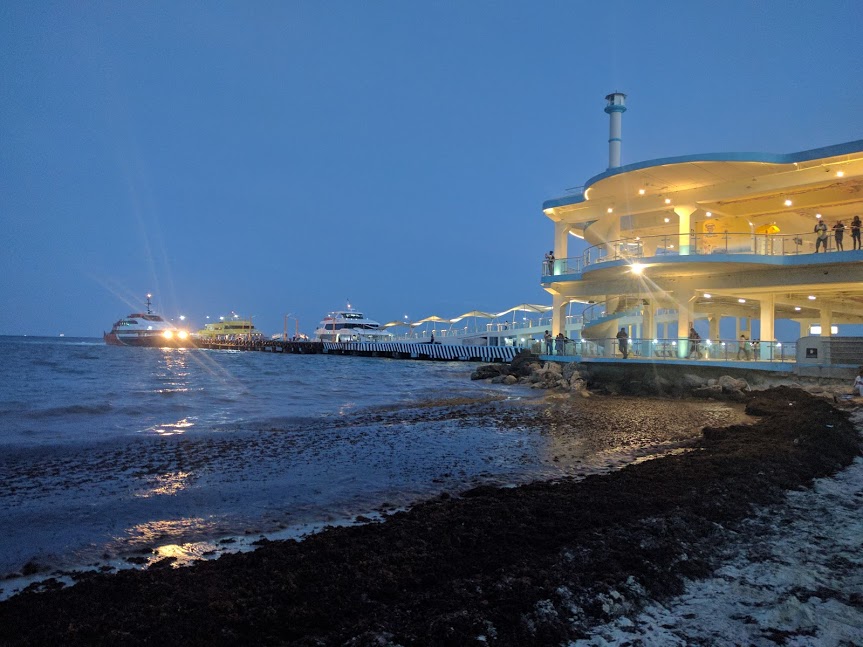 Ships arriving at the pier in Playa Del Carmen allow a great opportunity for a struggle rapper to film a video. 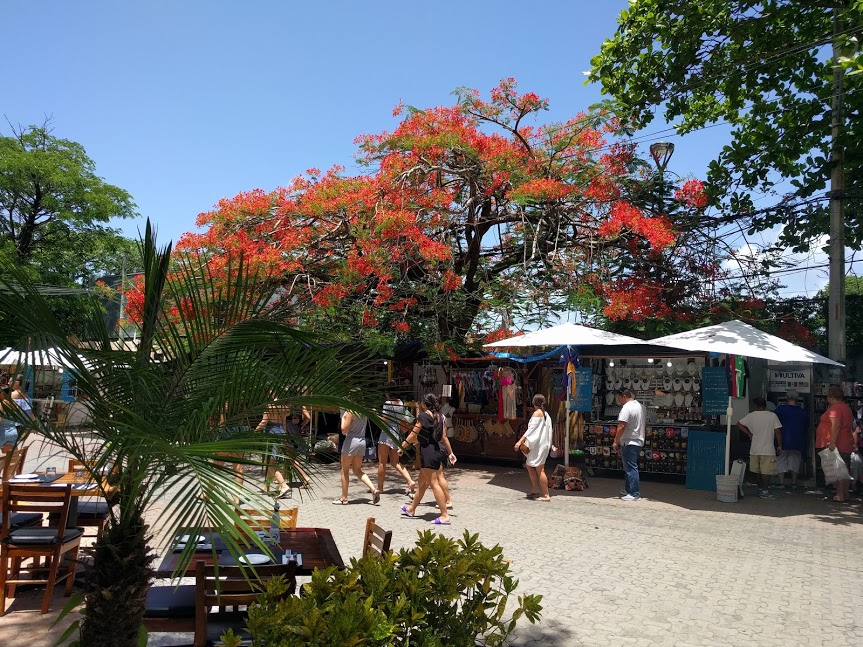 I took this while resting and drenched in sweat after walking about 10 miles on the main strip. Don’t let the water fool you, Playa’s heat will have you burning up like Usher without Valtrex. 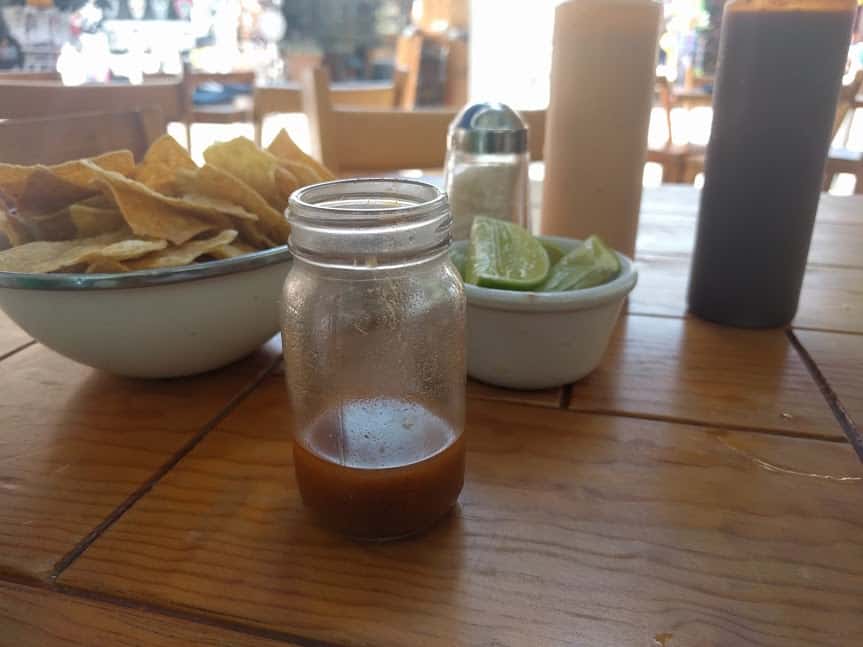 “Cured” my hangover with a shot of fish broth. Actually you’re not supposed to shoot it, but the glass fooled me. Damn, maybe black people can be gringos. 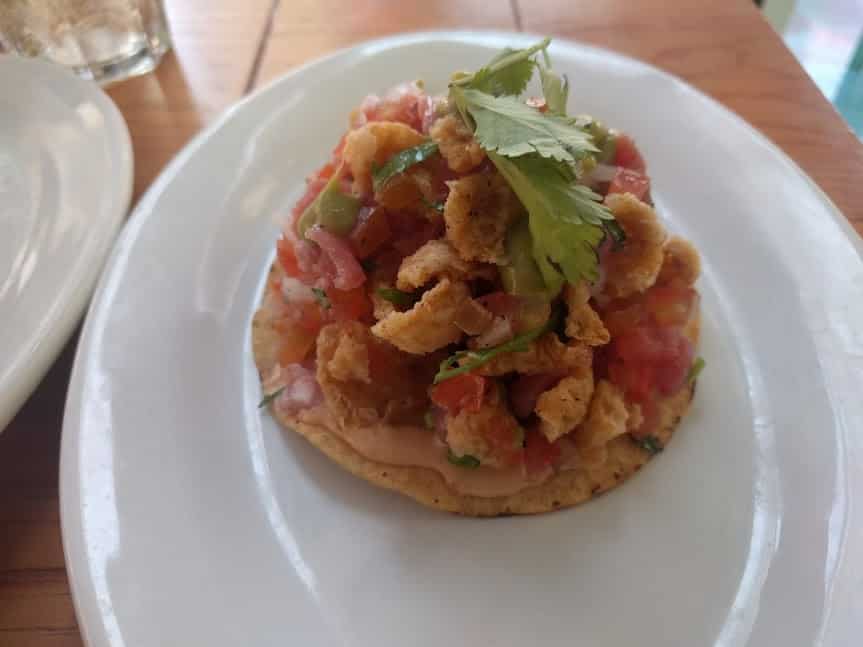 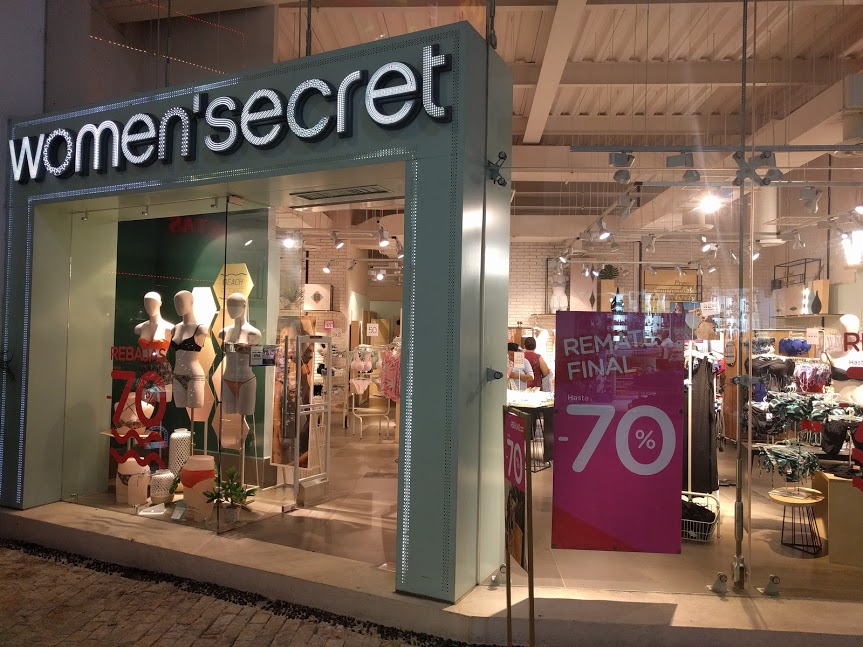 So thoughtful of this store to keep every woman’s secret and not just Victoria’s. 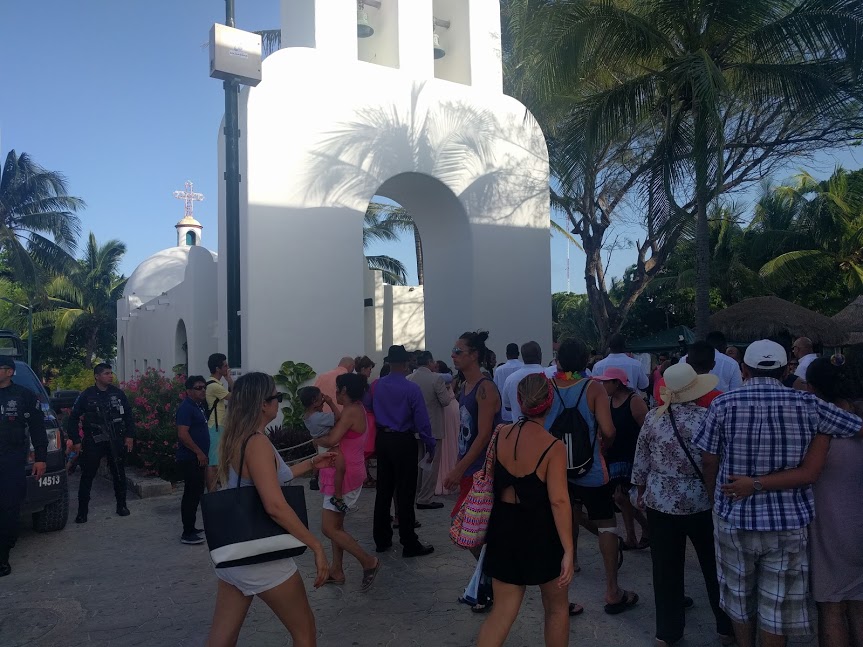 The fifth avenue chapel (wedding venue). Doors were open so people stopped to watch. A few came in and grabbed a seat. Cops didn’t shoot anyone, but they appeared open to it. 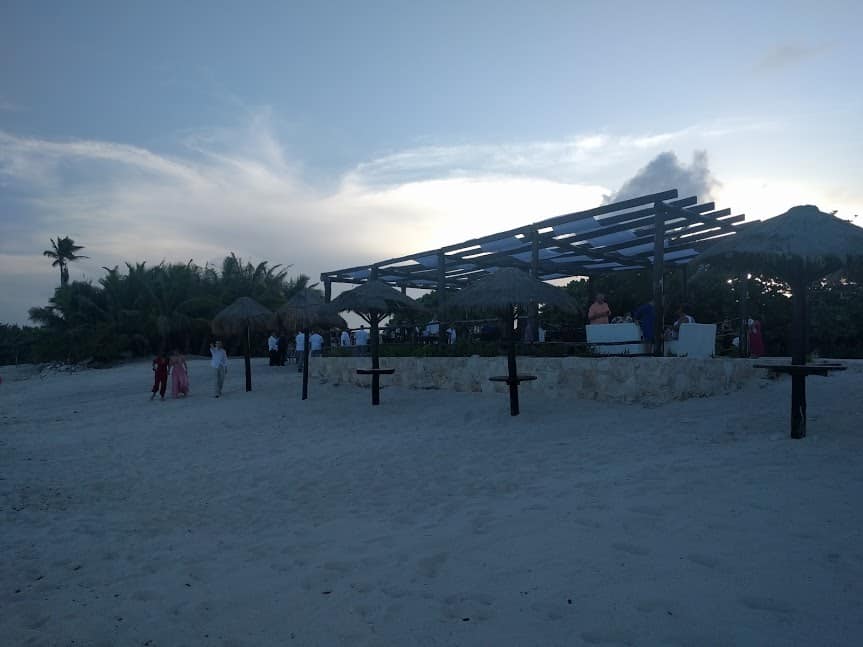 The reception was held at Blue Venado Beach Club. I’d post wedding pics, but I’m somewhat tactful. A column I read about manners said the new couple should post what they want to post, when they want to. 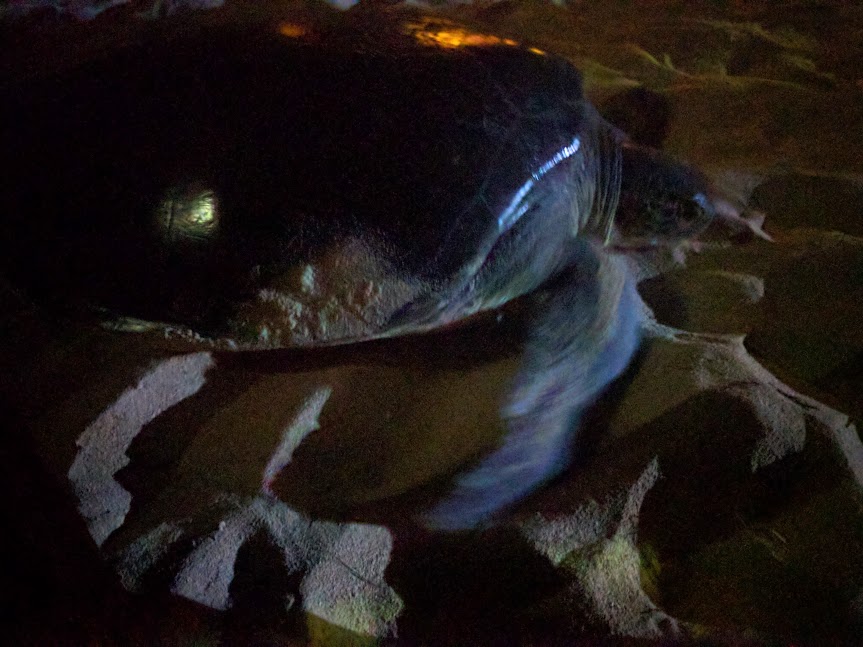 A giant sea turtle came to land to drop off some babies and abandon them. Could have had a better picture, but everyone yelled, “No flash!” Turtle probably didn’t care, she just wanted to get away from the kids. 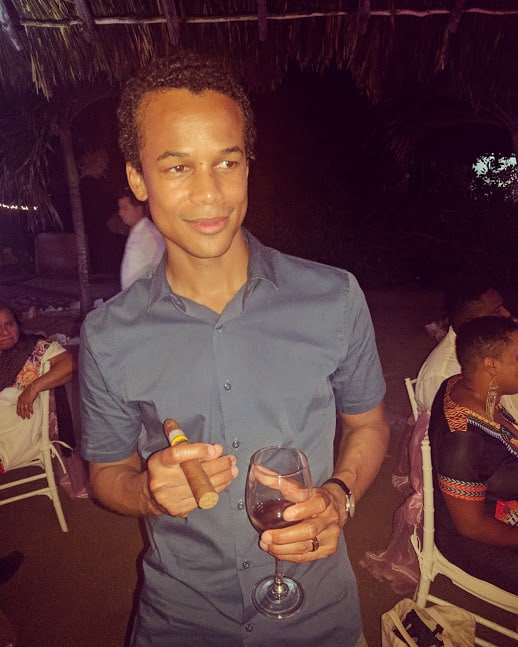 It’s been said that if you’re really cool you don’t have to try to look cool. Well, I tried in this picture and I think I did OK.

I’ll definitely be back to Playa Del Carmen and the surrounding area. Even though I saw little more than the main strip, the internet tells me there’s a lot more to do there besides eat ceviche and drink oneself silly before dancing to 21 Savage. Like, you can ride wild jaguars in a UNESCO World Heritage Site and smoke bongs in water caves. And yes, Mom, for the 50-11th time…Playa Del Carmen is safe to visit.