Sometimes A Regular Ol’ Beer Is Good Enough: An Afternoon At Budweiser Backyard 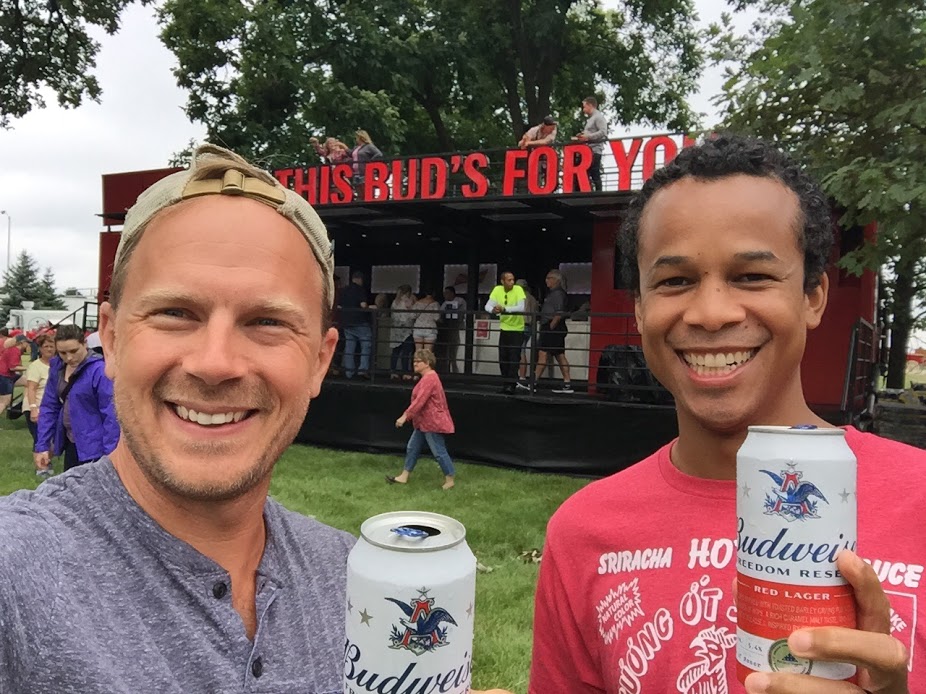 Back in 2009, I interviewed for a social media job with Stone Brewing. I was not really into beer–I preferred to get drunk in a more efficient manner–but the job sounded fun and the hiring manager liked my blog, which at the time was largely jokes about weird news, save for the occasional video of the then-burgeoning cultural phenomenon known as twerking.

As part of my interview with Stone, I was asked to sample their beers. I agreed and then described how the beer tasted “meaty,” along with other adjectives that I thought the interviewer wanted to hear.

I passed the drinking test and was invited for a second interview with craft beer legend and Stone’s co-founder Greg Koch. He asked if I had a passion for craft beer. I said I did not, but I respected those who did and hoped to develop one as I learned more. I then said something that would be added to my long list of what not to say during job interviews: “If I don’t develop a passion for craft beer, I don’t see myself pretending like I do have one.” I didn’t get the job, of course, but I did start to appreciate craft beer and understand what Koch meant when he criticized “mass market pissy yellow beer.”

I thought of my failed relationship with Stone last weekend, when I attended Budweiser Backyard, an event held at their Columbus brewery. Here the world’s largest beer producer gave away free beef brisket and samples of “fresh” Budweiser, which does taste different than store or bar Budweiser. It actually tastes like Modelo, which is also owned by Anheuser-Busch In Bev. That’s not a bad thing. Modelo is a solid Mexican beer, more so if your only other choice is Dos Equis. I’m telling you…The Most Interesting Man In The World fooled a lot of people into drinking bad beer.

The Budweiser Clydesdales were also at the party. They looked less enthusiastic than they do on TV, though they were probably saving up energy for their next Super Bowl commercial. I did like their leather and gold outfits, reminded me of something the ol’ funk R&B group Cameo would wear. 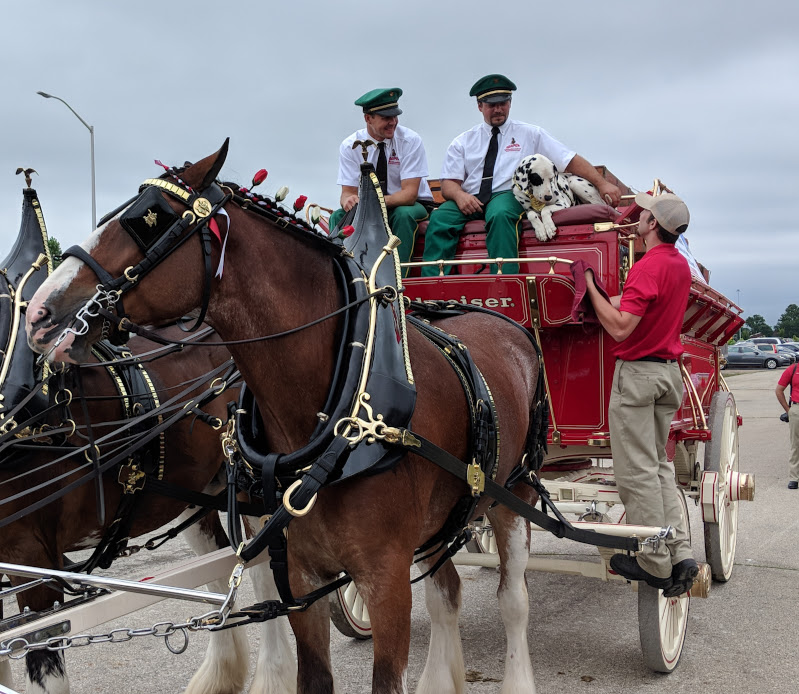 Outside of horses and beer and brisket, there was cornhole and giant Jenga, along with a playground to keep kids away from the drinkers, like this woman who blessed me with a world-class photobomb as I tried to snap a picture of the Budweiser sign. 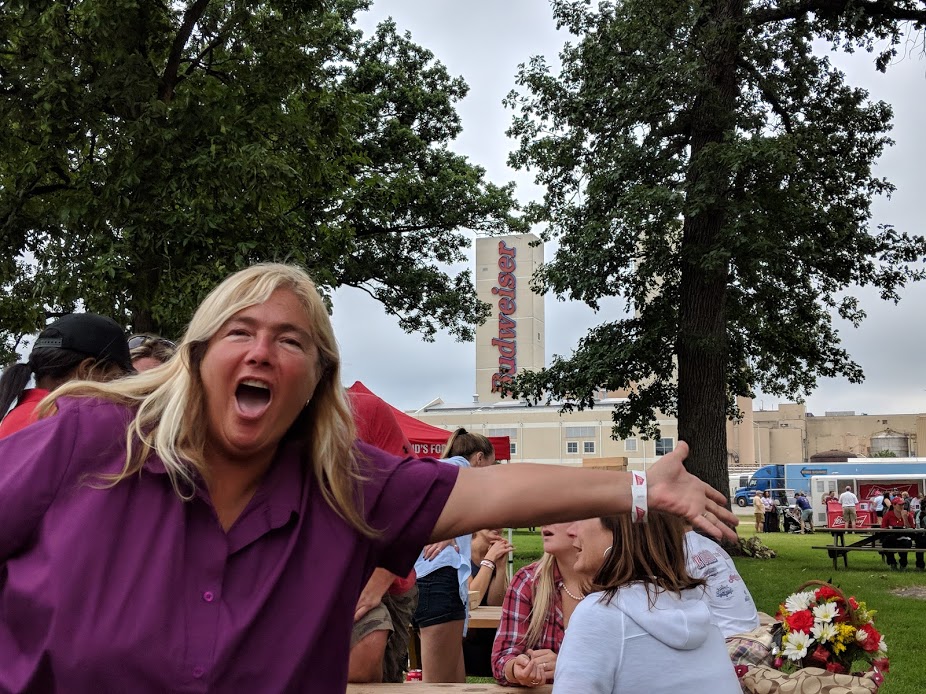 We ended Budweiser Backyard with a tour of the facility. It was led by a kind gent who wore a slick Budweiser buttondown and reminded me of W. Kamau Bell. He explained the production process and gave some facts about Budweiser that I have since forgotten but did find interesting at the moment. 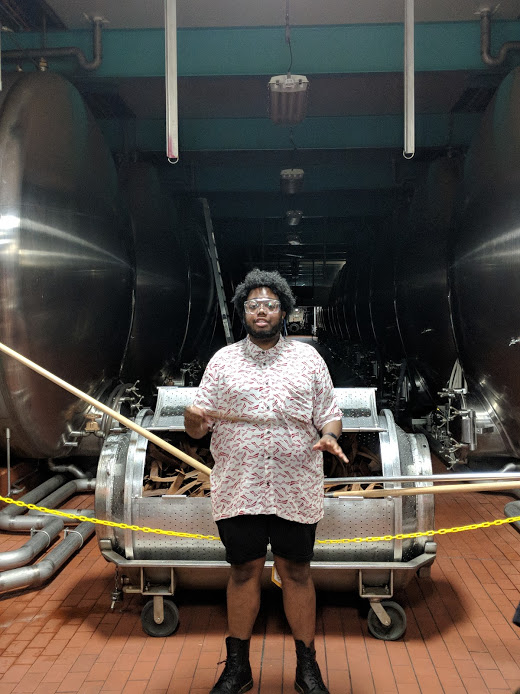 Overall, Budweiser Backyard was good alcohol-based fun. I saw it as Budweiser’s attempt to build the sense of community that you find with popular craft beer brewers, whose fans trade beer with friends and e-friends and discuss beer while waiting in long lines for limited releases. (They’re like sneakerheads but with bad livers.)

I’m not sure if Budweiser managed to build that, but it was a step in the right direction. And a good opportunity to remind myself that sometimes a so-called “mass market pissy yellow beer,” that I admittedly describe as tasting like the Midwest, is plenty good. 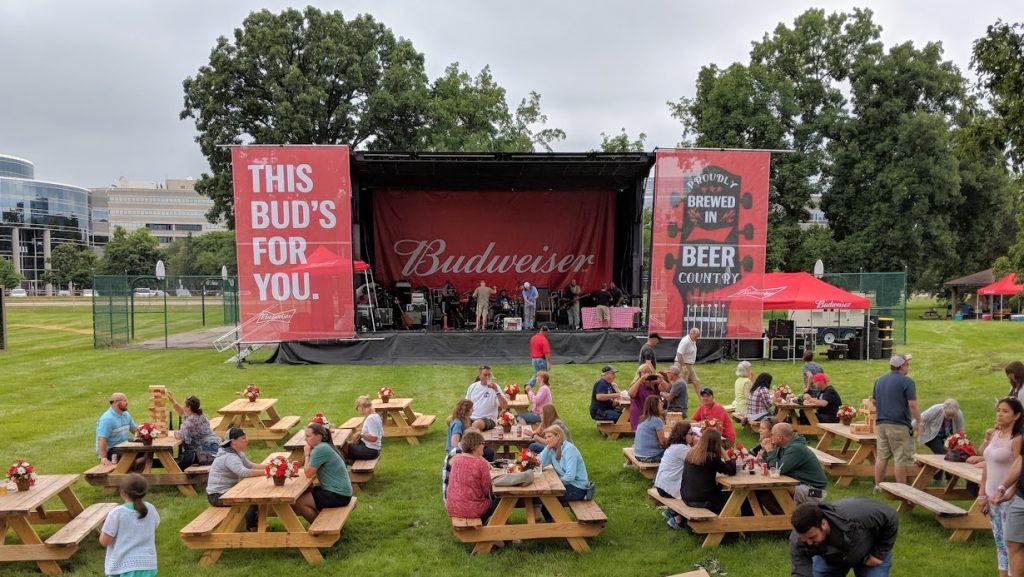 Who Would Have Thought That A Kidz Bop Show Would Be So…Lit?